Chelsea supporters were furious with goalkeeper Kepa Arrizabalaga during their side’s Premier League clash with Crystal Palace this evening. The Spaniard was beaten by a long-range Wilfried Zaha goal midway through the first half.

Olivier Giroud and Christian Pulisic had put Frank Lampard’s side comfortably ahead early on.

Palace were struggling for a way back into the match until Zaha picked up the ball in central midfield and beat Arrizabalaga with a ferocious shot from 30 yards out.

The ball swerved left then right as it rose into the roof of the net.

But Chelsea fans feel Arrizabalaga should have done better with the effort with fizzed down the middle.

“First thing kepa has had to deal with,” one fan wrote. “It’s actually becoming laughable.” 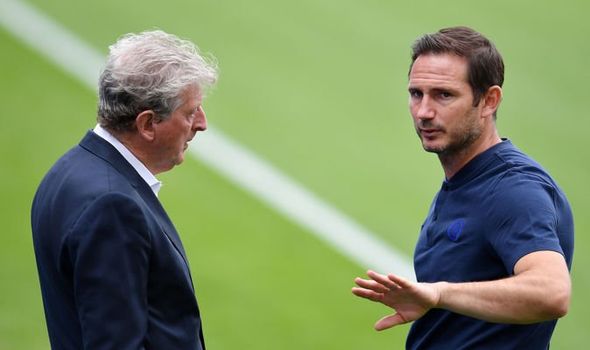 Another added: “Terrific hit that from Zaha. Ball is moving but that was right down Kepa’s throat wasn’t it? Should be getting something on that.”

A third user said: “It’s almost as if Zaha knows Kepa is s**t so he decided to try his luck from range.”

And a further fan commented: “As a coach I would rather leave my goal post empty than have Kepa in between the lines.”

While another wrote: “Before people actually comment. Rewatch the goal. Straight down the middle. Only person to blame is Kepa. Simply not good enough.”

Arrizabalaga’s future at Stamford Bridge is up in the air as Lampard is considering offloading the Spaniard this summer.

A large number of errors have cost the Blues points this campaign.

Speaking ahead of the clash with Palace, Lampard gave his No 1 a vote of confidence but stopped short of clarifying his long-term future.

“I keep saying the same, I am not going to talk about any potential what we may do at the end of the season or not. I am going to focus on what is in front of us,” Lampard said. 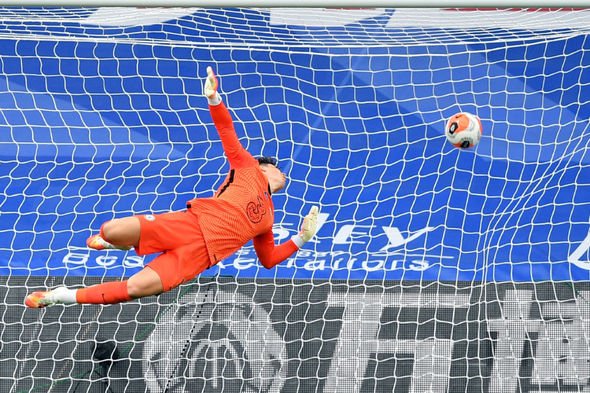 “And with Kepa, a lot has been spoken about him this season. All I want from him, as I want from all the players, is the right mentality, attitude and approach to the games.

“I am absolutely certain I will get that from all of them.

“Obviously to try and do his job as well as he can do. And I am happy with him, and that is how we keep working.

“I am not going to talk about what may be at the end of the season.”

Arsenal midfielder Matteo Guendouzi urged to learn from three Gunners team-mates
Celtic to target Fulham goalkeeper Marcus Bettinelli
Best News
Recent Posts
This website uses cookies to improve your user experience and to provide you with advertisements that are relevant to your interests. By continuing to browse the site you are agreeing to our use of cookies.Ok