Chelsea have reportedly begun negotiations with Malang Sarr over a move to Stamford Bridge. However, the Blues are supposedly prepared to let the France Under-21 international leave on loan immediately after a transfer is completed.

Chelsea are currently looking to overhaul their squad this summer and bring in a number of defensive reinforcements to shore up a leaky backline.

The Blues have already bolstered their attack with the signings of Hakim Ziyech and Timo Werner while club director Marina Granovskaia is believed to be in talks with Bayer Leverkusen over a deal for Kai Havertz.

Meanwhile, the west London club are also closing in on a £50million move for Leicester left-back Ben Chilwell but also require a central defender ahead of the 2020/21 campaign.

Manager Frank Lampard is keen to bring in an extra body at the back after his side recorded the worst defensive record in the top half of the Premier League last term. 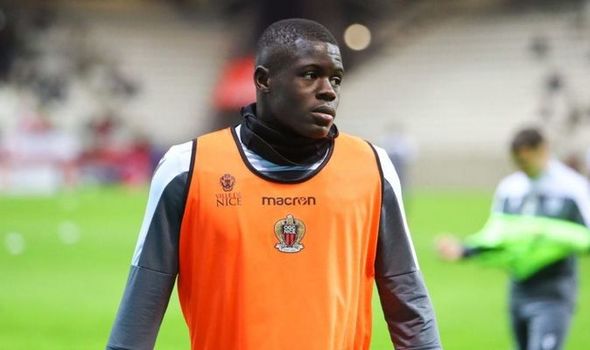 There have been reports of a move for West Ham midfielder Declan Rice, with Chelsea keen to convert their former youth player back into a defender.

Brighton captain Lewis Dunk was also touted for a move to Stamford Bridge before extending his contract and Paris Saint-Germain legend Thiago Silva is said to be keen on a move after he becomes a free agent this summer.

Sky Sports have now linked Chelsea with another potential signing in the form of Sarr, who has recently run down his contract at Nice.

But the 21-year-old will not come straight into the starting XI this season, instead heading out on loan if a move is completed.

“He’s a free agent after his Nice contract ran out this summer. If Chelsea sign him they will send him out on loan.”

The youngster helped Nice secure a fifth-placed finish in Ligue 1 last term but struggled for a regular spot in the side during the opening weeks of the campaign.

Sarr played the opening match of the season – a 2-1 over Amiens – at left-back but was then omitted from the squad for the next four games.

He returned on the left side of defence midway through September and was eventually shifted into centre-back, clocking up 19 league appearances across the season.

Sarr was even handed the captain’s armband during a 2-0 win over Toulouse in February, but a new deal with Nice was not agreed and the youngster became a free agent at the end of the campaign.

Sarr was hotly tipped to join Arsenal but the latest reports suggest Chelsea are in the driving seat as they look to secure their long-term defensive options.

Meanwhile, the Blues are also expected to invest in a new goalkeeper and Rennes stopper Edouard Mendy is the latest star to be linked with a move to London.

Stuttgart star suffers horrific broken elbow against Liverpool
Robert Lewandowski rated ‘world’s best’ ahead of Neymar and Kylian Mbappe PSG showdown
Best News
Recent Posts
This website uses cookies to improve your user experience and to provide you with advertisements that are relevant to your interests. By continuing to browse the site you are agreeing to our use of cookies.Ok