Chelsea still have several injury concerns to worry about when they return to Premier League action against Sheffield United on Saturday. The Blues are up to third in the table after a 3-2 victory over Crystal Palace in midweek, but Frank Lampard’s men need to maintain momentum if they’re going to secure Champions League football.

Chelsea are a point ahead of Leicester going into this weekend’s fixtures after edging past Palace at Selhurst Park.

Goals from Olivier Giroud and Christian Pulisic put the Blues ahead and Tammy Abraham appeared to have made the game safe after Wilfried Zaha’s thunderous strike got the home side back in it.

Christian Benteke tapped home to halve the deficit and the Eagles came close to an equaliser late on, hitting the post while Kepa Arrizabalaga and Kurt Zouma both made vital blocks, but Chelsea held on for victory.

The Blades are up next and Lampard can be expected to make a number of changes in order to provoke a better performance from his side, but who is unavailable for the Blues? 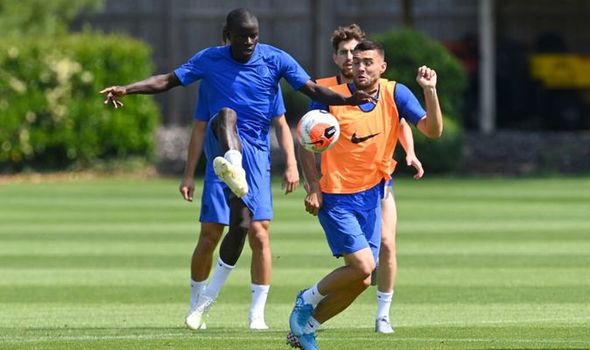 Kante has struggled with a number of injuries during the 2019/20 season, meaning he has made just 27 appearances across all competitions.

And the Frenchman is currently sidelined with a hamstring injury suffered in the second half of the 3-0 win over Watford last weekend.

Speaking in his pre-match press conference on Monday ahead of the match against Palace, Lampard said: “Kante won’t be in the squad. Hurt his hamstring. A low-level hamstring, so we’re hoping it is a week or so.”

However, the Chelsea boss has since confirmed Kante will not feature in the squad and will instead target a return against Norwich.

Kovacic was substituted early during the second half of the 3-2 defeat to West Ham last Wednesday after picking up an Achilles’ tendon issue.

The Croatian missed the visit of Watford and also sat out against Palace but will return to the squad this weekend.

However, Lampard will not take risks with Kovacic considering his wealth of midfield options.

Ross Barkley and Mason Mount started last time out while Jorginho and Ruben Loftus-Cheek are available to step in. 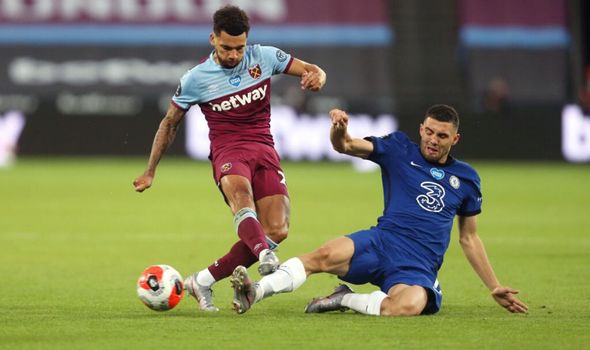 Gilmour has undergone a knee operation and is set to be sidelined for three to four months.

The teenager has enjoyed a breakthrough campaign at Stamford Bridge but will now miss the run-in and a large chunk of next season.

Speaking in his pre-match press conference, Lampard said: “I’m obviously very disappointed as we all are here and of course Billy himself.

“I spoke with him yesterday at length, just giving him support and being there for him. He’s a tough boy, but it did hit him hard especially as a younger player who has just made a breakthrough in recent times and was doing well.”

Tomori had been closing in on a return to action after suffering a muscle injury in training ahead of the Premier League restart.

However, the 22-year-old has suffered a setback and remains a doubt to face the Blades

“[Fikayo] Tomori is still not ready,” said Lampard on Monday.

“He had a small setback in training. Hopefully [available] next week.”

Van Ginkel has been sidelined for nearly two years with a serious knee injury but recently signed a 12-month contract extension at Stamford Bridge.

The Dutchman is steadily working his way back to full fitness and has been stepping up his recovery during the coronavirus lockdown.

Charlie’s Premier League predictions: Chelsea to stumble against Sheffield United
Man Utd boss Solskjaer urged to axe one player and seal transfer to challenge Liverpool
Best News
Recent Posts
This website uses cookies to improve your user experience and to provide you with advertisements that are relevant to your interests. By continuing to browse the site you are agreeing to our use of cookies.Ok