Chelsea return to action against Leicester this weekend as the Premier League pair face off in the quarter-finals of the FA Cup. Both sides head into the clash off the back of midweek fixtures, meaning their squads are sure to be stretched to the limit by the tight turnaround.

Chelsea have got back up to speed quickly following the coronavirus lockdown, beating Aston Villa and reigning champions Manchester City to cement their grip on Champions League qualification.

However, the games continue to come thick and fast for the Stamford Bridge outfit so manager Frank Lampard is sure to rotate against the Foxes.

Luckily, the Blues manager has an almost fully-fit squad to choose from with just three fitness doubts ahead of kick-off.

Lampard’s team selection is sure to be influenced by the upcoming schedule with matches against West Ham and Watford over the next week – but who could miss the meeting with Leicester? 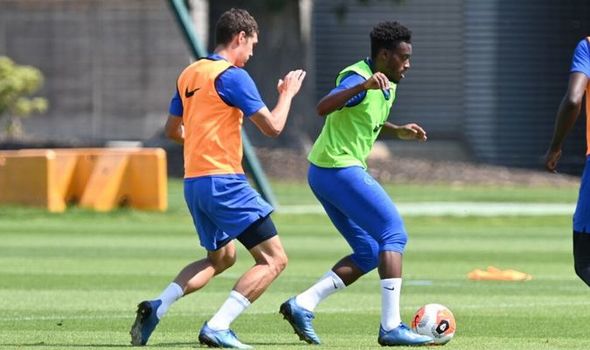 Hudson-Odoi has been struggling with an ankle knock picked up in training earlier this month.

The winger missed several friendly clashes ahead of the Premier League restart and was then left out of the matchday squad against both Villa and City.

Hudson-Odoi is believed to have returned to training but the meeting with Leicester may come too soon, considering he did not make the bench in midweek.

Speaking ahead of the clash with City on Thursday, Lampard said: “Callum Hudson-Odoi is still searching for fitness. He’s fit but not match fit yet.”

Tomori also missed the matches against Villa and City, having picked up a muscle problem in training.

The 22-year-old is reportedly set to be sidelined for the rest of the month but could come back into contention against West Ham next week.

On Thursday, Lampard said: “Fikayo Tomori is still probably about a week away from training properly with us.”

However, the youngster is not guaranteed game time even when fit as he is competing against Kurt Zouma and Andreas Christensen for a starting berth. 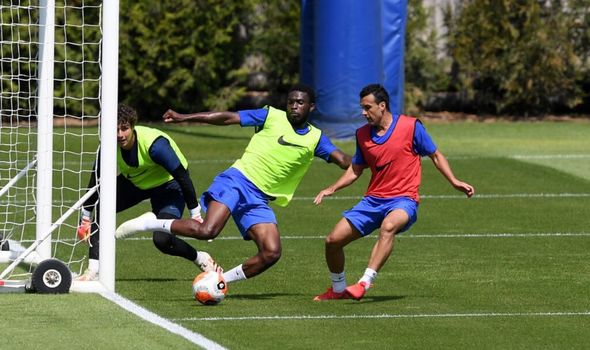 Van Ginkel has been sidelined for nearly two years with a serious knee injury but recently signed a 12-month contract extension at Stamford Bridge.

The Dutchman is steadily working his way back to full fitness and has been stepping up his recovery during the coronavirus lockdown.

But Van Ginkel is still short of match fitness and it remains to be seen whether he will feature at all under Lampard during the rest of the campaign.

Who will Leeds United sign ahead of return to Premier League?

Man Utd transfer news – Koulibaly’s hope, Monaco youngster Badiashile tracked
Liverpool ace is a mix of ‘David Beckham and Kevin de Bruyne’ claims former Red
Best News
Recent Posts
This website uses cookies to improve your user experience and to provide you with advertisements that are relevant to your interests. By continuing to browse the site you are agreeing to our use of cookies.Ok