Chelsea have reportedly been given the choice of two players as Juventus step up their pursuit of Jorginho. The Italian midfielder is wanted by Maurizio Sarri in Turin and the Serie A club are supposedly ramping up their pursuit of the 28-year-old ahead of the summer transfer window.

Chelsea are currently undergoing a squad overhaul prior to the 2020/21 campaign and have already agreed deals for Hakim Ziyech and Timo Werner.

Frank Lampard is now targeting deals for Leicester full-back Ben Chilwell and Bayer Leverkusen ace Kai Havertz, although the Blues boss is also keen to strengthen in other areas.

The west London club want Declan Rice as a long-term option at centre-back while they have been linked with Lazio midfielder Sergej Milinkovic-Savic this week.

Chelsea are in a healthy financial position due to a transfer ban preventing new signings last summer but transfer funds will still need to be raised through player sales. 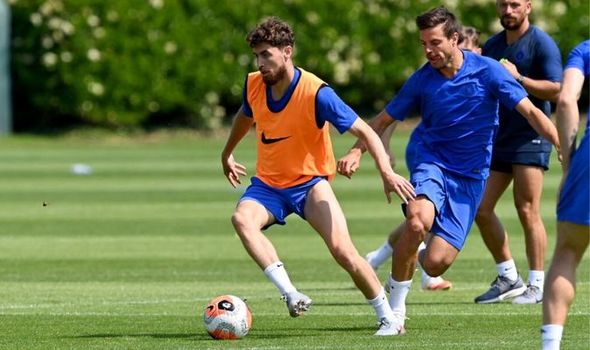 And Jorginho has been earmarked as one player who could depart, with Juventus supposedly desperate to secure a deal for the Italian international.

Tuttosport report that Juventus are currently in talks with Chelsea over a deal and are ready to pay a transfer fee in instalments due to the current financial crisis.

Additionally, the Serie A club are ready to add one of Adrien Rabiot or Aaron Ramsey into the deal in order to get it over the line.

Chelsea are unwilling to lose Jorginho for less than the £58m they bought him for two years ago, although the introduction of a player in a swap deal will lessen the fee Juventus have to shell out.

The playmaker has been heavily linked to a reunion with Sarri already this summer, as the 61-year-old manager is known to be a big fan.

Sarri coached Jorginho at Napoli and then made the midfielder his first signing at Chelsea.

Juventus have already reportedly tabled an offer which would have seen Morale Pjanic head to Stamford Bridge in a straight swap, but both Chelsea and the Bosnian were not keen on the move.

Alex Sandro and Douglas Costa have also been touted as potential makeweights in a swap deal, although they could also be used to secure the signing of Emerson Palmieri. 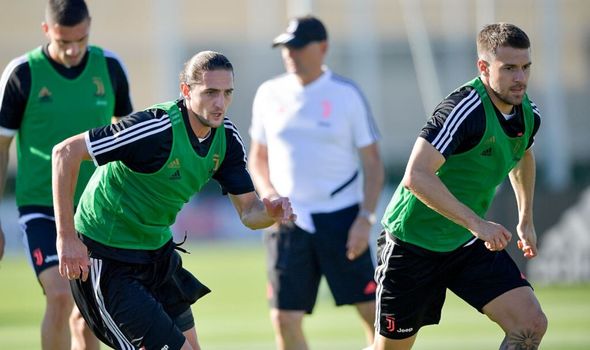 Jorginho had a tough time during his debut season in England, having been on the receiving end of plenty of criticism as a scapegoat for Sarri’s conservative style of play.

And he has found himself down the pecking order since the end of lockdown, having been suspended for the fist game back then left on the bench for the subsequent five matches.

However, Jorginho was handed his first minutes of action as a late substitute against Crystal Palace and impressed as he helped the Blues close out a 3-2 win at Selhurst Park.

Interestingly, his agent Joao Santos has continually denied contact has been made by Juventus and believes very few teams would be able to afford his client in the current climate.

Man Utd owners the Glazers could make Jadon Sancho transfer decision due to one player
Man Utd are ‘in a war’ with Borussia Dortmund over Jadon Sancho after August 10 deadline
Best News
Recent Posts
This website uses cookies to improve your user experience and to provide you with advertisements that are relevant to your interests. By continuing to browse the site you are agreeing to our use of cookies.Ok