Chelsea are reportedly prepared to sell Jorginho in order to raise funds for the pursuit of Declan Rice this summer. Rice has been identified as a top target ahead of the upcoming transfer window with the Blues looking to strengthen their defensive options.

Chelsea have been leaky in central defence this term and manager Frank Lampard sees Rice as a potential solution, despite the 21-year-old operating primarily as a central midfielder for West Ham.

Rice started his career as a centre-back in the Chelsea academy before he was released at the age of 14, moving across London to join the Hammers.

Now Chelsea want him back with Antonio Rudiger, Kurt Zouma, Andreas Christensen and Fikayo Tomori all failing to consistently impress at Stamford Bridge.

Rice has been valued at around £70million by West Ham, but the Blues are supposedly ready to meet that mammoth price tag – as long as they can raise part of the fee through player sales. 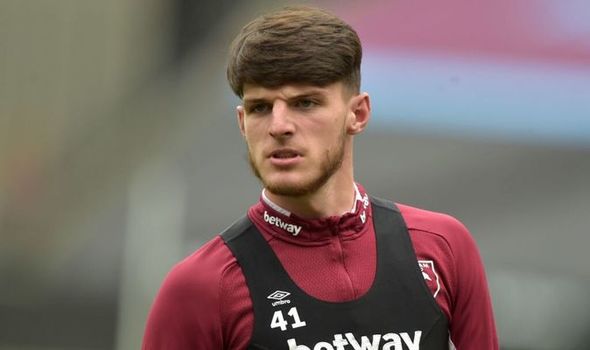 Football Insider claim Lampard is prepared to offload Italian midfielder Jorginho and is willing to listen to offers for the 28-year-old.

Jorginho is vice-captain at the west London club but has slipped down the pecking order since the end of lockdown, starting just one match.

N’Golo Kante has instead been operating as Lampard’s deep-lying anchorman while Mateo Kovacic, Ross Barkley, Mason Mount, Billy Gilmour and Ruben Loftus-Cheek have all been competing for the other midfield spots.

Jorginho shone in a late cameo against Crystal Palace last week and played the whole match in the 3-0 defeat to Sheffield United last time out, although his recall was in part due to Kante being sidelined with a hamstring injury.

Gilmour is also out until next season after surgery but Lampard has a wealth of options despite the fitness issues and could be persuaded to offload Jorginho this summer.

The playmaker arrived from Napoli in 2018 for a £58m fee, becoming an integral part of Maurizio Sarri’s possession-based style of play.

However, his lack of mobility counts against him in Lampard’s squad full of exciting, energetic talents.

The signing of Rice would provide a like-for-like replacement, although Chelsea would look to make use of the youngster’s versatility by deploying him in defence. 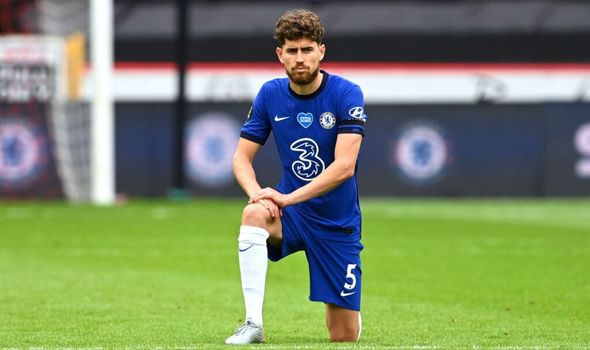 Rice has played every minute of West Ham’s 35 Premier League games this season, becoming an integral part of the starting XI over the past three years.

Manchester United have also shown interest in the England international previously, although Chelsea are considered favourites in the race for his signature.

Meanwhile, Jorginho has already been linked with a return to Serie A this summer, with former boss Sarri keen on signing him for Juventus.

However, proposed swap deals involving Miralem Pjanic and Federico Bernardeschi have fallen through with Chelsea keen on recouping the majority of their outlay from two years ago.

Liverpool manager Jurgen Klopp delivers verdict on Man City Champions League ban decision
Craig Burley says Man Utd star is now a 'major concern' for Ole Gunnar Solskjaer
Best News
Recent Posts
This website uses cookies to improve your user experience and to provide you with advertisements that are relevant to your interests. By continuing to browse the site you are agreeing to our use of cookies.Ok