Chelsea have reportedly identified Mike Maignan as a goalkeeper capable of taking over from Kepa Arrizabalaga at Stamford Bridge. The Blues are said to be preparing a bid for the Lille stopper, who is highly-regarded around Europe.

Maignan has spent the past five seasons at Lille, establishing himself as No 1 at the Stade Pierre Mauroy after a £900,000 move from Paris Saint-Germain in 2015.

The Frenchman has made 37 appearances across all competitions this term, with his performances supposedly attracting attention from Chelsea and Tottenham.

And reports from France now suggest the Blues are readying a bid for Maignan with Lille having already planned for the 25-year-old’s departure.

Le10Sport claim Chelsea are gearing up to try and convince the Ligue 1 outfit to sell their stopper, although this is not believed to be difficult with Leo Jardim having already been signed to provide competition. 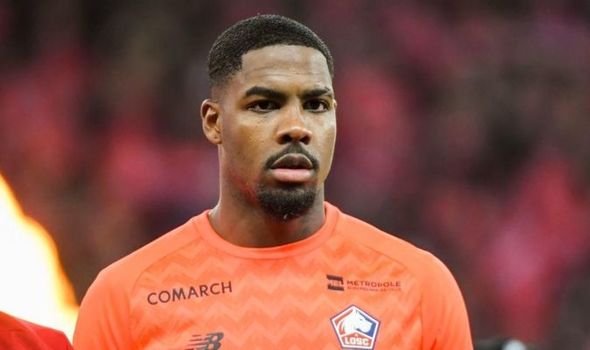 The latest report suggests Lille are also targeting Stephane Ruffier and have already begun discussions with the Saint-Etienne ace over a switch, which would open the door further for the Blues to make a move.

However, Le10Sport point out that Chelsea will not be able to sign Maignan until a buyer is found for Kepa.

The Spanish stopper, who became the world’s most expensive goalkeeper when he joined from Athletic Bilbao for £71million in 2018, has endured an inconsistent campaign and was dropped twice by Lampard this term.

The 25-year-old is now thought to have played his final match for Chelsea, with the Blues looking to cut their losses and secure a replacement this summer.

The west London outfit are supposedly ready to listen to offers from £50m, but finding a potential suitor is likely to be difficult – particularly with Kepa’s £150,000-a-week wages.

Jan Oblak was originally identified as Chelsea’s preferred option, but Atletico Madrid are unwilling to sell their No 1.

The Blues would therefore have to trigger the Slovenian’s £110m release clause, which could prove beyond their means. 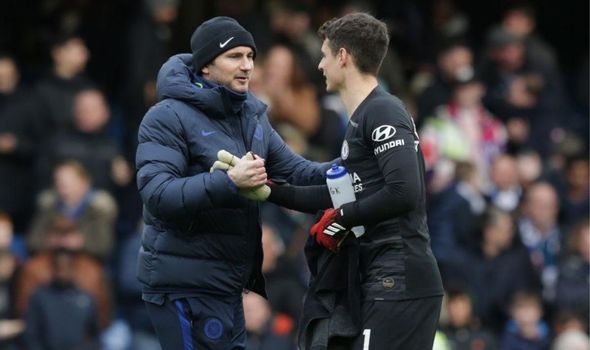 The Lille ace is out of contract in 2022 and is currently valued at just under £16m, according to Transfermarkt.

This makes Maignan an attractive proposition for Chelsea, considering the Blues are in the midst of a squad overhaul this summer.

The Stamford Bridge outfit have already spent £86.4m on Hakim Ziyech and Timo Werner while they are now set to seal a £50m deal for Ben Chilwell.

Chelsea are also prepared to pay £72m for Kai Havertz, although Bayer Leverkusen want £90m, while a new centre-back is on the summer shopping list.

Man Utd hero Rio Ferdinand gives David De Gea verdict after nightmare season
French police to deploy 3,000 officers for Champions League final
Best News
Recent Posts
This website uses cookies to improve your user experience and to provide you with advertisements that are relevant to your interests. By continuing to browse the site you are agreeing to our use of cookies.Ok