Chelsea are reportedly ready to accept a loss of up to £20million on Kepa Arrizabalaga in order to shift the Spaniard off their books. The Blues are also willing to consider a loan deal, as long as the prospective suitor helps pay the 25-year-old’s huge salary.

Chelsea made Kepa the most expensive goalkeeper in the world when they paid Athletic Bilbao £71million for his services back in 2018.

However, the stopper has endured a tough time at Stamford Bridge and was dropped earlier this season after a poor run of form while he found himself warming the bench once again as the Blues secured Champions League football on the final day of the Premier League season.

Manager Frank Lampard remains unconvinced by Kepa’s ability and the Chelsea No 1 is reportedly set to be sold this summer, if a buyer can be found.

The west London club are highly unlikely to recoup anything near the fee they paid two years ago and have now supposedly accepted they suffer a huge loss on their investment, according to the Daily Mail.

JUST IN: Chelsea end of season player ratings: Pulisic, Mount and Giroud excel but star gets a 2 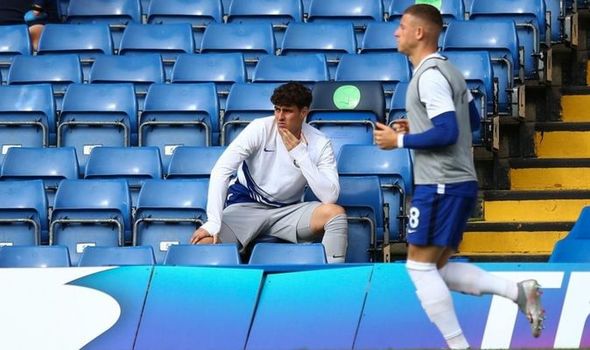 The latest report claims Chelsea are unwilling to listen to any offers under £50m for Kepa, but this is still a considerable step down from their initial outlay.

The Blues are also considering sanctioning a long-term loan move for the Spanish international but are keen to offload at least some of the goalkeeper’s £150,000-a-week wages

Willy Caballero was called up against Wolves and it is likely that Lampard will retain the 38-year-old for the FA Cup final against Arsenal this weekend.

Therefore, Kepa could well have played his last match for Chelsea unless Lampard makes the surprising decision to recall him for the second leg of the Blues’ Champions League clash with Bayern Munich.

Kepa only managed a 53 per cent save percentage in the top-flight this season, while he was just two goals away from claiming the unwanted club record of most goals conceded by a Chelsea goalkeeper in a Premier League season.

Jan Oblak has been identified as the Blues’ top replacement target but the Slovenian could well be unattainable with Atletico Madrid demanding £110m.

Andre Onana and Nick Pope are more affordable options, although any signing is likely to be determined by how much money Chelsea receive for Kepa or if the Spaniard is still at the club next season.

Petr Cech is now the Blues’ performance and technical director, and the legendary goalkeeper is expected to play a major role in deciding who is targeted in the upcoming window. 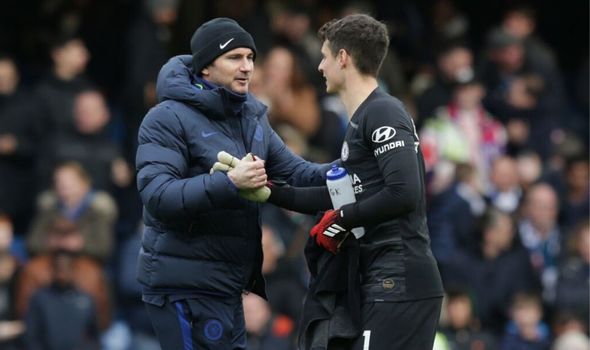 Chelsea are certain to be busy in other areas as Lampard continues to overhaul his squad, having been prevented from making signings last summer due to a transfer ban.

The Blues have already secured the signings of Timo Werner and Hakim Ziyech while a deal for Kai Havertz is edging closer.

The 21-year-old has already agreed personal terms with Chelsea and the Blues are currently in negotiations with Bayer Leverkusen over a transfer fee.

Meanwhile, a new left-back is required with Ben Chilwell top of the transfer wishlist and West Ham ace Declan Rice is considered a long-term solution for the club’s problems in central defence.

Jadon Sancho to Man Utd: Transfer bid, shirt number and Ole Gunnar Solskjaer plan
Man Utd boss Ole Gunnar Solskjaer demands Ed Woodward signs Jadon Sancho and two others
Best News
Recent Posts
This website uses cookies to improve your user experience and to provide you with advertisements that are relevant to your interests. By continuing to browse the site you are agreeing to our use of cookies.Ok