As West Brom went 2-0 to the good, Sky Sports pundit Jamie Carragher hit the nail on the head. After Chelsea tweeted ‘Goal for West Brom. Robinson again,” the former Liverpool and England defender took aim at the Blues. He quote tweeted and wrote: “Exactly the same type of goal you tweet about every season!”

He was right. To an extent at least. This was a the kind of calamitous performance we’ve seen before from Chelsea under Frank Lampard.

It brought back bad memories of their 3-0 defeat at Sheffield United in July, but this was indeed worse.

The Blues were much better after the break and showed desire to fight back to get something from the game through Tammy Abraham’s later equaliser. But this was a reality check to say the least for Lampard and his players.

West Brom came into this clash bottom of the pile, having conceded eight goals. They’re among the favourites for relegation having come up via a second-placed finish in the Championship. 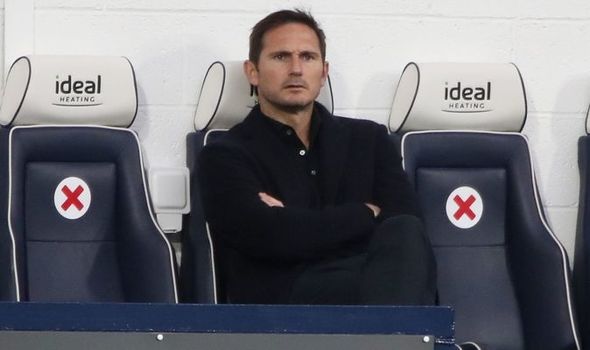 Yet after just 28 minutes, they found themselves 3-0 to the good against a flimsy Chelsea side who were simply not fit for purpose defensively.

Thiago Silva gifted Callum Robinson the second, while there was little organisation from the corner that led to Kyle Bartley’s third goal.

The defence looked like a backline that had never played together before and that was genuinely true.

Lampard decided this was too soon for new goalkeeper Edouard Mendy, but playing Willy Caballero felt like yet another step backwards.

The Chelsea boss has spent heavily this summer but given the problems his side faced last season, there are two questions that need answering.

Why was a new goalkeeper not a top priority? Why was 36-year-old free agent Thiago Silva considered the answer to their problems at centre-back? Both should have been addressed at the beginning of the transfer window.

Instead, Lampard has found himself trying to shoehorn Kai Havertz into his side alongside the likes of Mason Mount, something that has been largely ineffective so far in the Premier League.

There is an even a valid argument that Chelsea would have been better off spending that £72million on their defence.

Malang Sarr was also brought in but the French prospect has been overlooked and is likely to leave on loan. 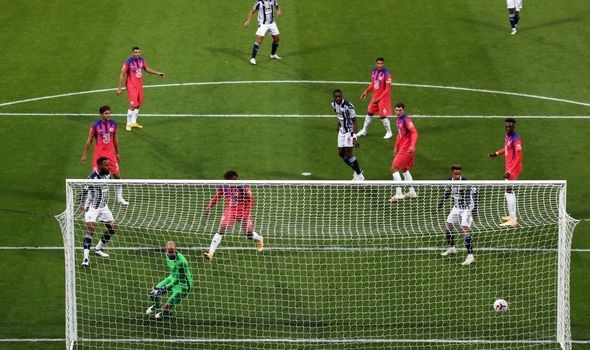 Supporters will expect to see Mendy between the sticks on Tuesday for the Carabao Cup clash with Tottenham on Tuesday.

Petr Cech was a key figure behind the deal due to his connections at Rennes but there remains doubt as to whether the 28-year-old is the right man for the job.

One positve for Lampard is that he will not have to rely on Marcos Alonso for much longer with Ben Chilwell slowly closing in on a return to fitness.

He was horrendous and subbed at half-time by Lampard, who could have taken off all 11 of his players at the interval.

The reaction from his players was positive at least but the Chelsea boss will have to get to grips with the pressure this season given the club’s excessive spending.

Lyon reject second Arsenal bid for Houssem Aouar as Gunners told how to complete transfer
Chelsea player ratings vs West Brom: Thiago Silva gets a 4 as Mount and Hudson Odoi shine
Best News
Recent Posts
This website uses cookies to improve your user experience and to provide you with advertisements that are relevant to your interests. By continuing to browse the site you are agreeing to our use of cookies.Ok