Chelsea target Kai Havertz is keen to move to London ahead of the summer transfer window. Havertz impressed this season at Bayer Leverkusen as he amassed a total of 17 goals and nine assists in 43 appearances across all competitions.

The attacking midfielder has been linked with a host of clubs, such as Liverpool, Barcelona, Manchester City, Bayern Munich and Paris Saint-Germain but the Blues appear to lead the race.

That is because the Germany international is more likely to play regular football at Stamford Bridge next season.

According to The Guardian, the 21-year-old finds a potential move to Chelsea as an appealing option and doesn’t wish to spend another year at Leverkusen.

Chelsea have been very active ahead of the summer transfer window as they have already splashed an excess of £75million for Ajax star Hakim Ziyech and RB Leipzig ace Timo Werner.

JUST IN: What Arsenal staff think about Matteo Guendouzi potential ahead of possible transfer 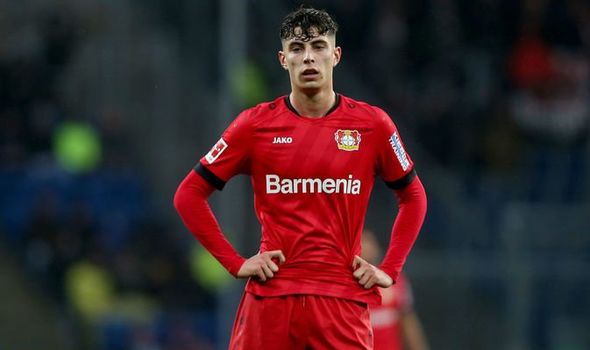 The Blues appear to be very keen on Havertz as Frank Lampard is looking to rebuild the squad and turn it into a contender for next season’s Premier League title.

The German may replace Jorginho in midfield as the Italy international has fallen down the pecking order with Lampard preferring the likes of Billy Gilmour and Ruben Loftus-Cheek in midfield.

However, the Chelsea boss insists he still rates the Italian very highly as he appreciates his work both inside and outside of the pitch.

Lampard previously said: “He does not have to do anything different.

“He trains well, he shows me that he’s good for the group, on and off the pitch, he’s vice-captain of the club.

“It’s purely my choice with what I see from the games, how I want the make-up of my midfield to be.”

Lampard wants to put together a creative midfield that can be lethal in attack and provide cover for the back four.

The club legend gets a lot out of N’Golo Kante and has also introduced young talent like Mason Mount but seems set for more reinforcement. 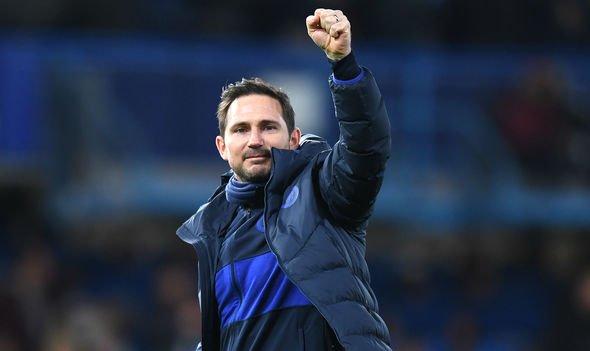 Lampard said: “I do like midfield players who can perform not all the roles but can play high, can play on the side, can do the defensive duties and Mason really has that.

“His work off the ball is fantastic and if I feel like getting him high up the pitch to put more pressure on the other team if they want to play out, that can help us off the ball.

“Sometimes I’ll ask him to do a slightly different role where he comes deeper to make sure he’s not missing out on the ball.

“Jorginho also can but his role predominantly in his career has been from a deeper position.

“I like to work on the midfield, making it as fluid as it possibly can be.”

Barcelona chief reveals Lionel Messi Real Madrid chat and says Neymar transfer ‘unlikely’
Man Utd chief Ed Woodward urged to make £200m transfer priority over Sancho or Grealish
Best News
Recent Posts
This website uses cookies to improve your user experience and to provide you with advertisements that are relevant to your interests. By continuing to browse the site you are agreeing to our use of cookies.Ok