Chelsea manager Frank Lampard has some tough selection decisions to make when the Blues return to Premier League action against Watford this weekend. The west London club saw their six-match unbeaten run come to an end with a shock 3-2 defeat to West Ham on Wednesday and a reaction is expected against the Hornets.

Chelsea missed the opportunity to jump up to third in the Premier League table, failing to capitalise on Leicester dropping points away at Everton.

And Lampard knows momentum must be re-established quickly if the Blues are going to secure a top four finish and Champions League qualification this season.

Christian Pulisic and Andreas Christensen were injury doubts heading into the clash with the Hammers but both completed 90 minutes at the London Stadium, providing a huge boost to the club.

And there was further good news as Callum Hudson-Odoi returned to the matchday squad following a muscle injury in training, although the winger remained an unused substitute. 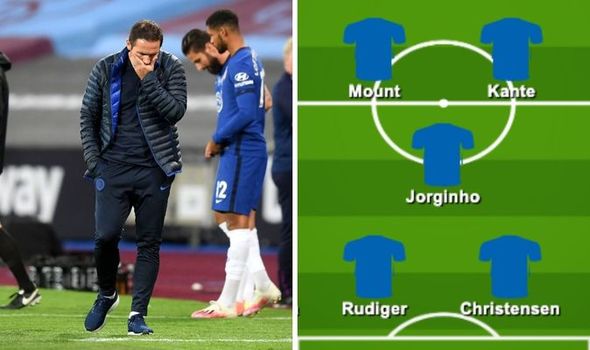 However, there was still no sign of Fikayo Tomori and the young defender remains a doubt to face Watford as he continues his recovery from a knock.

Meanwhile, Mateo Kovacic was forced off early in the second half against West Ham and is considered an injury concern ahead of the weekend.

The Croatian’s misfortune could be a huge boost to out-of-favour Jorginho, with the midfielder yet to play a single minute since lockdown.

The 28-year-old served the second match of a two-game suspension against Aston Villa before watching the wins over Manchester City and Leicester from the sidelines.

Jorginho was also an unused substitute in midweek but could return to the starting XI here, capitalising on Kovacic’s injury and poor performances from other members of the squad.

Ross Barkley has been in good form from off the bench in recent weeks and was rewarded with a start against West Ham but was largely ineffective and will be lucky to get another chance here.

And N’Golo Kante has played every minute of Chelsea’s past four matches so the Frenchman could be in need of a rest – although it remains to be seen if Lampard will risk setting up without the World Cup winner.

Mason Mount dropped to the bench against the Hammers but should return here, and the 21-year-old is most likely to line up in midfield if Christian Pulisic and Willian retain their spots out wide. 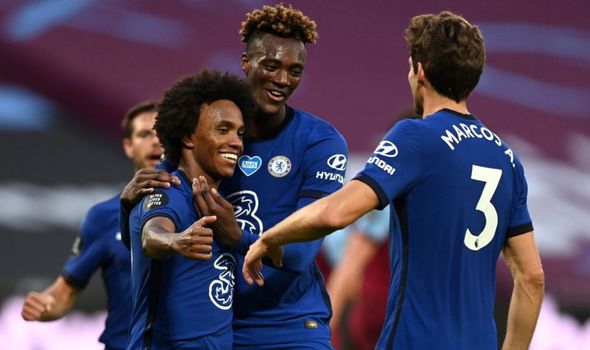 Ruben Loftus-Cheek and Billy Gilmour are further options for Lampard in central midfield while Lampard must choose between Tammy Abraham and Olivier Giroud up front.

Marcos Alonso had a torrid time on Wednesday so Emerson Palmieri could get the nod at left-back although it is more likely that Cesar Azpilicueta moves across and Reece James comes in at right-back.

Lampard also has a big decision to make at centre-back with one of Antonio Rudiger and Andreas Christensen potentially set to rotate out for Kurt Zouma after below-par performances last time out.

Finally, Kepa Arrizabalaga is not guaranteed to start after a questionable display so veteran stopper Willy Caballero could be called upon once more. 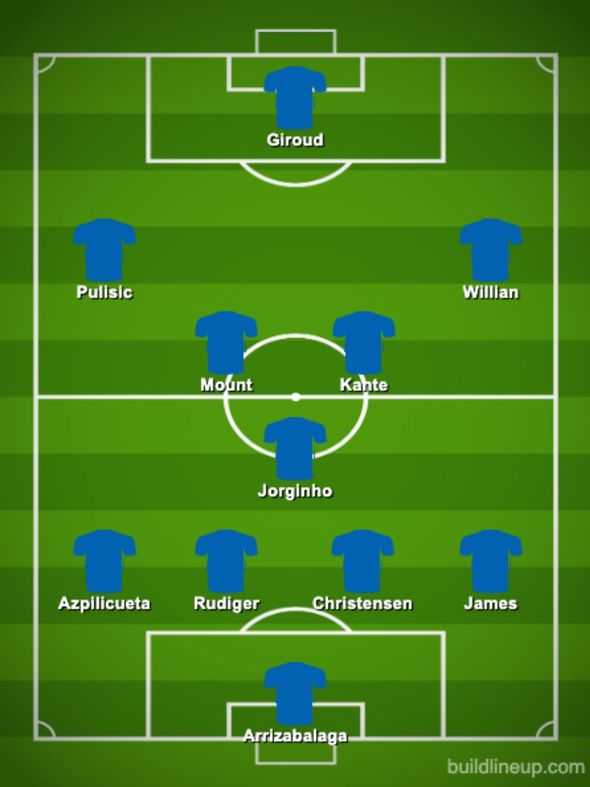 Swansea vs Brentford live stream: How to watch Championship play-off semi-final fixture online and on TV

Liverpool transfer round up: Mane and Salah latest, target Zaniolo may be sold
Mohamed Salah reveals split in the Liverpool squad over Man City showdown
Best News
Recent Posts
This website uses cookies to improve your user experience and to provide you with advertisements that are relevant to your interests. By continuing to browse the site you are agreeing to our use of cookies.Ok