Chelsea could still sign Kai Havertz this summer even if they fail to qualify for the Champions League. The Blues are in the process of overhauling their squad ahead of the 2020/21 campaign and have already invested heavily with two new arrivals confirmed.

But Blues manager Frank Lampard is not done yet with Ben Chilwell being pursued, Jan Oblak identified as an upgrade on Kepa Arrizabalaga and Havertz a priority target.

Further additions are also desired with Chelsea weak in central defence, but a number of player sales will be required in order to fund such an aggressive transfer policy.

The west London club are also pinning their hopes on Champions League qualification in order to receive a bumper windfall and facilitate this raft of new signings. 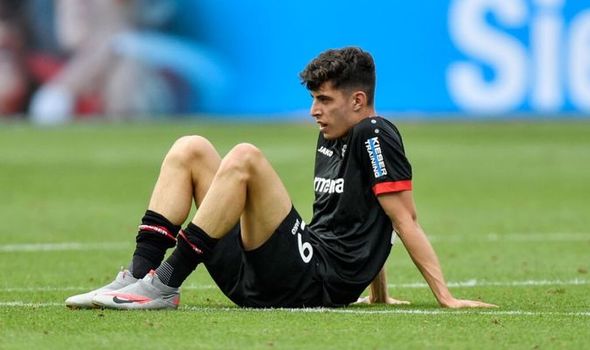 Participation in Europe’s top club tournament is a massive draw for potential targets, making a move immediately more attractive for the likes of Havertz.

However, the BBC report that the 21-year-old is willing to consider a move to Stamford Bridge even if Chelsea miss out on a top-four finish.

Havertz has been strongly linked with the Blues over the past month but is also attracting attention from Real Madrid.

The German forward wants to play in the Champions League, but it is not now considered a deal-breaker if Chelsea fail to qualify this season.

The latest report suggests Havertz views a club’s long-term plan to be just as important as immediate participation in Europe’s elite competition, easing the pressure on Lampard.

Chelsea are currently third in the Premier League but sit just a single point ahead of Leicester and Manchester United.

They dropped points away at Sheffield United last time out, losing 3-0 at Bramall Lane, but escaped serious punishment with Leicester collapsing against Bournemouth and United drawing against Southampton.

The news earlier this week that Manchester City have seen their UEFA ban overturned means Pep Guardiola’s men will compete in the Champions League next year, taking a potential qualification spot away from the chasing pack. 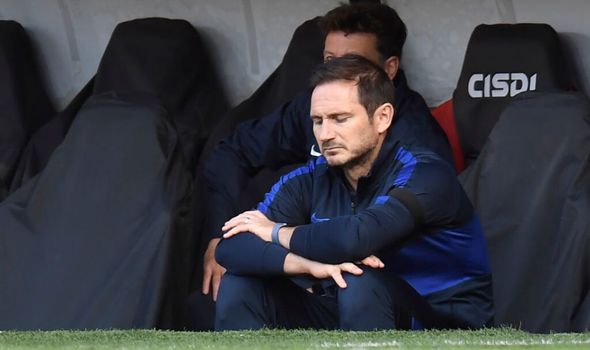 And with just three matches of the Premier League season remaining, the race for the top four could go down to the final day of the campaign.

Havertz has been playing in the Europa League with Bayer Leverkusen this term but his side failed to qualify for next year’s Champions League after finishing fifth in the Bundesliga.

They also suffered defeat to Bayern Munich in the German Cup final, meaning a disappointing end to a season which has seen Havertz bag 17 goals and nine assists in 43 outings.

Leverkusen value Havertz at £90m, although Chelsea are expected to open their bidding at closer to the £70m mark.

Wilfried Zaha blasts 'stupid racist cowards' after more abuse online
Barcelona make Philippe Coutinho offer to Arsenal in bid to find transfer funds
Best News
Recent Posts
This website uses cookies to improve your user experience and to provide you with advertisements that are relevant to your interests. By continuing to browse the site you are agreeing to our use of cookies.Ok