Chelsea are reportedly NOT interested in signing Dean Henderson as they look to acquire a ‘proven and experienced’ replacement for Kepa Arrizabalaga.

The Blues are understood to be in the market for a new goalkeeper after a series of unconvincing performances by Kepa.

This season, the Spanish shot-stopper has conceded 47 goals in 33 Premier League appearances.

In Wednesday night’s 5-3 defeat to Liverpool, Chelsea’s players could be heard shouting Kepa’s name as he failed to deal with a set-piece.

Atletico Madrid’s Jan Oblak is understood to be high on Chelsea’s list of replacements while Henderson has also been mentioned. 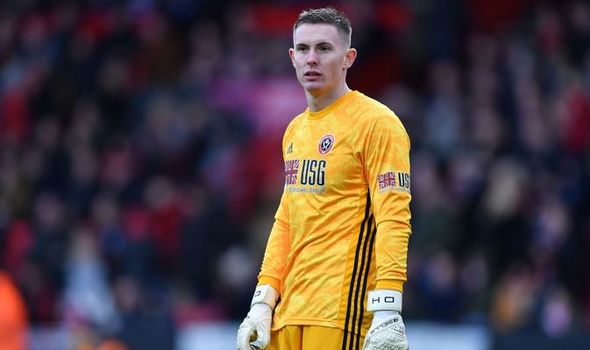 Henderson is currently on loan at Sheffield United but is determined to be the No 1 at parent club Manchester United.

But according to ESPN, a move to Stamford Bridge is unlikely to be on the cards.

It is claimed Chelsea manager Frank Lampard wants an established goalkeeper to replace Kepa, which has led to them taking a serious look at Oblak. 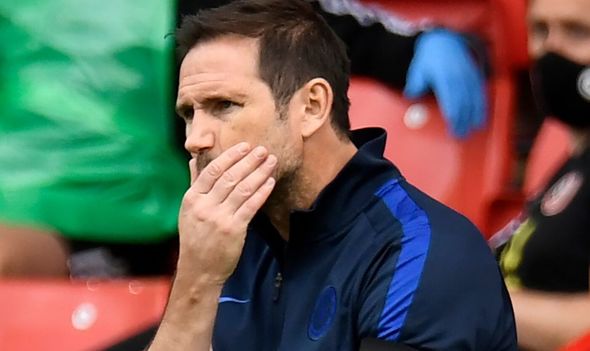 The Atletico star has a £109million release clause in his contract but is widely regarded as one of the very best in the world.

He told the Telegraph: “Lampard has to try and recoup what he can for Kepa Arrizabalaga, the world’s most expensive keeper who is not the required standard for a side of Chelsea’s class.

“Arrizabalaga’s save ratio of 53.47 per cent is the worst in the Premier League, making 55 stops from 101 shots on target this season. That is less than Claudio Bravo when he was costing Man City points during his year as Pep Guardiola’s No 1. We know how Guardiola responded. Lampard will do the same.

“Given how much money has already been invested in more attackers, I would be surprised if Chelsea have not already lined up Arrizabalaga’s successor. Atletico Madrid’s Jan Oblak is the best available and would be a game-changer.

“Yes, meeting his £109 million buyout clause is mega expensive, but it looks like Chelsea have the funds. Oblak is the closest you will find to a no-brainer for any coach in need of a keeper, and given Petr Cech’s involvement in Chelsea’s technical department – and remembering the impact he had when becoming one of Jose Mourinho’s first recruits in 2004 – the club can be well advised on what a ready-made No 1 can do. That is their biggest priority.

“Chelsea need only look at Ederson and Alisson to see the value of a world-class stopper. Ederson contributed to City increasing their points tally from 78 to 100 in 2018. Liverpool have collected 97 and 96 in successive seasons, leaping from 75 points the year before Alisson signed.”

Man Utd transfer target Jadon Sancho stopped Ed Woodward from signing one player
Chelsea slammed for glaringly obvious transfer Marina Granovskaia is ignoring
Best News
Recent Posts
This website uses cookies to improve your user experience and to provide you with advertisements that are relevant to your interests. By continuing to browse the site you are agreeing to our use of cookies.Ok