Chelsea have been urged to follow through with a plan to sign Declan Rice from West Ham United. The 21-year-old has emerged as a target for Frank Lampard but Premier League rivals Manchester United are also keen.

Chelsea are eager to fix the Achilles heel of their team having conceded 49 goals in 35 game – the worst record of any team in the top 10 – and Lampard could use Rice in a back-three or as a midfield pivot.

The Blues are reportedly considering offering centre-back Fikayo Tomori on a season-long loan to tempt West Ham into a deal for Rice.

Tomori, 21, is highly rated by Chelsea but his progress has been hindered by an injury-hit campaign.

And Premier League legend Kevin Phillips believes a season with West Ham – with Rice heading in the other direction – would make sense for both parties. 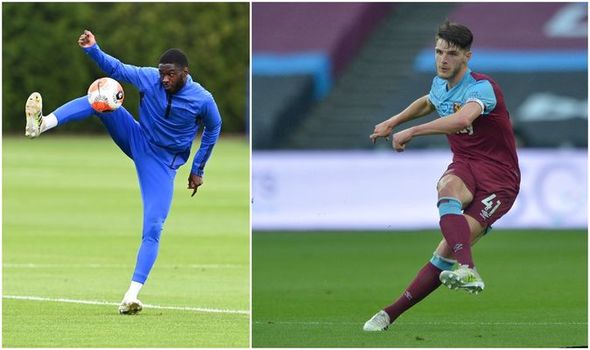 “I think that deal is good for both parties,” Phillips told Football Insider.

“West Ham have not defended well and Tomori has shown that he is a good defender.

“He did a great job at Derby, nearly helped them to the Premier League and has been in and out of the Chelsea side this year.

“Tomori gets regular game time at West Ham and Rice comes in to replace Jorginho because he could be moving on at the end of the season. That could be the perfect position for Declan Rice to slip into.

“I like Rice. He will just get better and better, especially in a better side where he is surrounded by world class players. That would be good business.”

Chelsea will face competition from Ole Gunnar Solskjaer for Rice, who is capable of playing at the back or in midfield.

United have reignited interest ahead of the summer transfer window, according to Football Insider.

Solskjaer has turned his attention back to Rice having performed extensive analysis on the midfielder during lockdown. 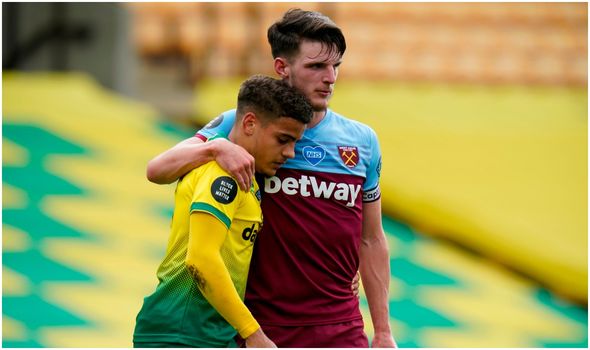 Furthermore, Sir Alex Ferguson is said to be a huge fan and believes Rice would excel in Solskjaer’s side.

West Ham’s bid to keep Rice on their books would be complicated if they were to suffer relegation from the Premier League.

David Moyes’ men crushed Norwich City 4-0 on Saturday but witnessed the three teams below them in the table also pick up three points at the weekend.

The Hammers are three points clear of Bournemouth, who occupy the remaining relegation spot.

Chelsea team news: Expected 4-3-3 line up vs Norwich – Two dropped after Sheffield United
McClean left with "sour taste" over lack of support after Zaha racism storm
Best News
Recent Posts
This website uses cookies to improve your user experience and to provide you with advertisements that are relevant to your interests. By continuing to browse the site you are agreeing to our use of cookies.Ok