Chelsea boss Frank Lampard wants to sign Kai Havertz having grown concerned by Calum Hudson-Odoi’s form and attitude, reports say. The Bayer Leverkusen star is a top Blues transfer target having sparkled in the Bundesliga this season. But whether they can beat Real Madrid and Bayern Munich to the playmaker’s signature is something only time will tell.

According to Bleacher Report, Lampard has grown concerned with Hudson-Odoi this season.

The England international was a standout asset for the club amid a turbulent campaign under Maurizio Sarri last time out, with Chelsea then tying the youngster down to a new and improved contract.

The forward has struggled this season, however, scoring just one goal and registering four assists in the Premier League along the way.

And Bleacher Report say Lampard has grown concerned about Hudson-Odoi’s attitude and is now willing to sign Havertz as a result.

It’s claimed Hudson-Odoi’s struggles have ‘opened the door’ to Lampard going after Havertz. 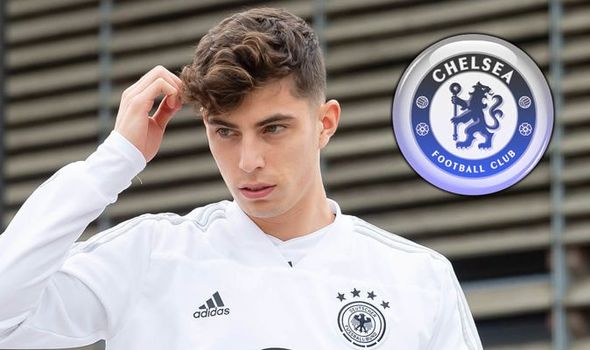 And it seems the Blues have the Leverkusen star as a priority target despite already securing arrivals for Hakim Ziyech and Timo Werner, of Ajax and RB Leipzig respectively.

Chelsea could sell as many as six players this summer in order to secure Havertz’s signature, with the 21-year-old likely to cost in the region of £75million.

But any transfer deal is far from straightforward with Real Madrid and Bayern Munich also having a longstanding interest in the Germany international.

Real boss Zinedine Zidane has seen Luka Modric and Toni Kroos sparkle this season having toiled under Julen Lopetegui and Santiago Solari a year ago.

But he’s still an admirer of Havertz nonetheless. 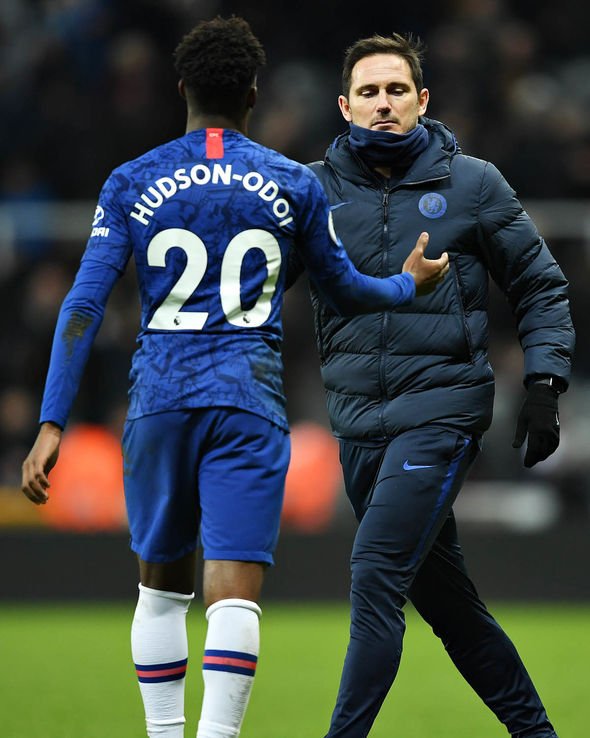 Bayern Munich are also keen to sign the 21-year-old, with the Bundesliga champions always on the lookout for the best young talent German football has to offer.

However, who ultimately wins the race for Havertz’s signature is something only time will tell.

Meanwhile, former Liverpool ace Christian Ziege has warned Kai Havertz that he should consider snubbing a move to Chelsea in favour of staying at Bayer Leverkusen

“If it comes to the future I would say yes [to a Premier League move], but for now I would tell him to stay another season at Leverkusen and prove for another season that he is a fantastic player,” Ziege told CaughtOffside.

“He is so talented, but I would tell him to stay another season and then make a big step.

“But it’s difficult to say that from outside, it might be that going to Chelsea is good for the reasons we talked about [with Timo Werner].

“You see Werner for example, he did a fantastic job, was growing up at Leipzig, getting confidence… so this is what Havertz maybe needs as well, the surroundings he has now, and then maybe try to make the next step.”

Chelsea are understood to be in talks with Havertz’s representatives as they continue their planned squad overhaul ahead of the 2020/21 campaign.

And he’s not their only target.

Lampard also wants to land Ben Chilwell of Leicester City – although Manchester United have emerged as rivals for the left-back.

What channel is Aston Villa vs Arsenal on? TV and live stream info for Premier League game

Arsenal outcast Mesut Ozil makes transfer decision on where he will go next
Premier League table: Latest standings as Norwich relegated, Liverpool and Chelsea to play
Best News
Recent Posts
This website uses cookies to improve your user experience and to provide you with advertisements that are relevant to your interests. By continuing to browse the site you are agreeing to our use of cookies.Ok