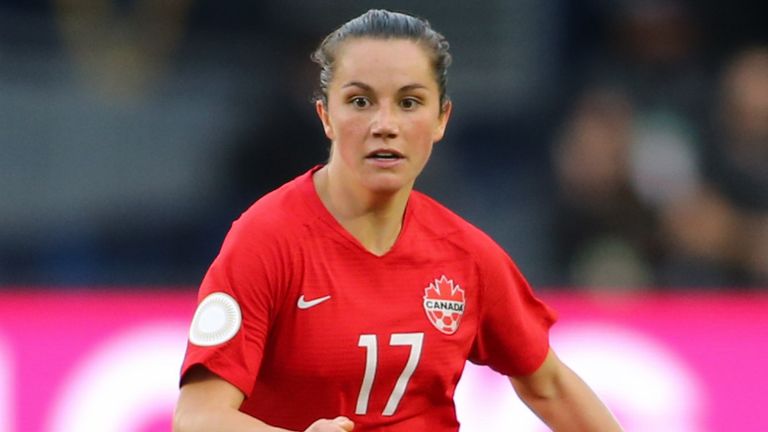 The 22-year-old joins the WSL champions on her first professional contract, having spent four years with the UCLA Bruins soccer team where she scored 25 goals in 75 games.

Fleming, who was born in London, Ontario, made her international debut at 15 and has played 77 times for Canada, including the World Cup in 2015 and 2019.

She was also part of the team which won a bronze medal at the 2016 Rio Olympics.

“I knew I really wanted to play in the WSL, I think the league is doing really well right now and there is a ton of fantastic players in the league so that really excited me,” Fleming told the club website.

“For Chelsea, it was the players here and I wanted to be in a challenging environment.”

Christian Pulisic’s ‘aggressive’ approach has helped him succeed at Chelsea, claims USA manager
Arsenal icon Tony Adams explains why he was "very against" Nicolas Pepe signing
Best News
Recent Posts
This website uses cookies to improve your user experience and to provide you with advertisements that are relevant to your interests. By continuing to browse the site you are agreeing to our use of cookies.Ok