Christian Eriksen could already be heading towards the Inter exit door – just six months after arriving in Italy.

Eriksen sealed a move away from Tottenham in January and opted for the move to Serie A where he joined up with former Chelsea boss Antonio Conte.

Despite pushing for the move away from north London, the 28-year-old has struggled in his new surroundings, and found himself on the bench during Inter’s latest top-flight clash – a 3-2 victory over Torino. 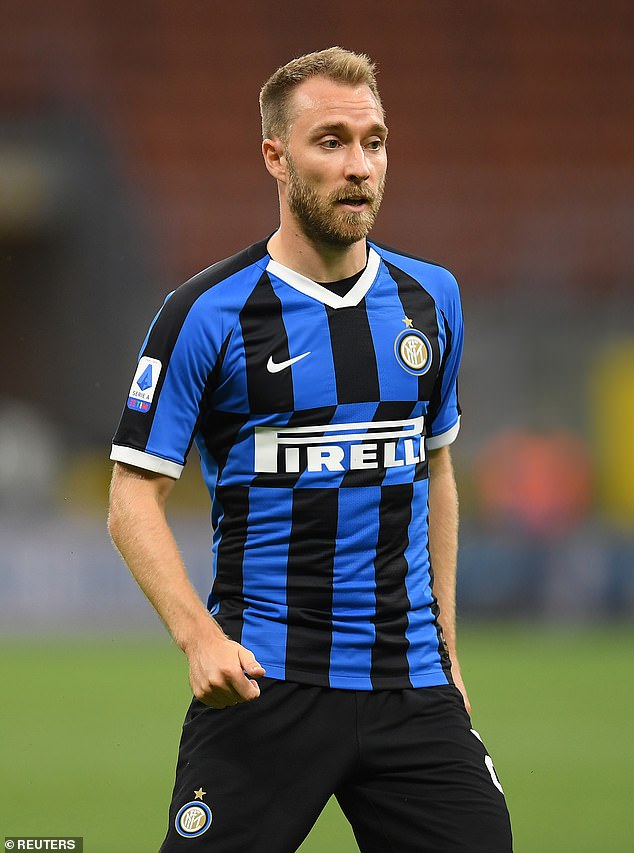 Inter could be willing to sell Christian Eriksen, having only bought the Dane in January

His axing from the starting line-up was a result of poor form, Conte confirmed, as he urged the midfielder not to rely on his reputation to get him into his team.

His struggles on and off the pitch in Italy have been weel documented – with Erisken having to sleep at the club’s training base during part of the lockdown.

However, according to MediaSet, he could already be leaving the club, with Inter willing to listen to offers of more than £55million (€60m).

It is a sorry situation for a player who had been desperate to discover bigger and better things having pushed for a move away from Spurs for the last 12 months of his contract.

Instead, Eriksen has only found difficulties in Milan, with Conte sending him a warning during his post-match press conference on Monday night.

‘He has to hold down certain levels, but balance is needed. He’s improving and he’s aware that he joined an ambitious club that is asking a lot of him,’ Conte told reporters after ending a run of two consecutive defeats. 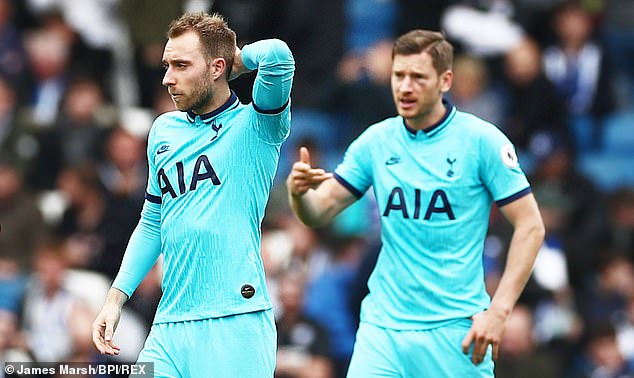 ‘Expectations are high in Italy. The bigger the name you are, the more people expect from you.

‘I’ve worked in England and the situation there is more enjoyable, more peaceful. He’s committed and doing well, but I have to make decisions for the good of Inter.

‘When I pick a player, I don’t look from the neck up. I want them to carry on like this. This team have great spirit. Sometimes they need to believe in their quality more.’

Mauricio Pochettino: Ex-Tottenham boss open to next job being in any of Europe’s top-five leagues

Solskjaer under "severe pressure" as he faces "biggest game of career"

Can Alvaro Morata turn his stuttering career around?

Arsenal vs Liverpool, player ratings: Virgil van Dijk and Alisson Becker make rare defensive errors
Liverpool design their own downfall as Premier League points record slips away in defeat by Arsenal
Best News
Recent Posts
This website uses cookies to improve your user experience and to provide you with advertisements that are relevant to your interests. By continuing to browse the site you are agreeing to our use of cookies.Ok