Aberdeen’s Scottish Premiership match at St Johnstone on Saturday has been called off at the request of the government after two Dons players tested positive for the coronavirus.

Six more Aberdeen players had been ordered to self-isolate, having been in contact with one of the individuals who later tested positive for COVID-19, but the club had said on Thursday that Saturday’s match would go ahead.

The game will now take place instead on Thursday August 20 (7.30pm kick-off), live on Sky Sports.

Scotland’s first minister Nicola Sturgeon accused the players of “blatantly” breaking the rules by visiting a bar on Saturday evening following their opening game of the season against Rangers.

“It is now clear that all eight of these players visited a bar in Aberdeen on Saturday night,” Sturgeon said. 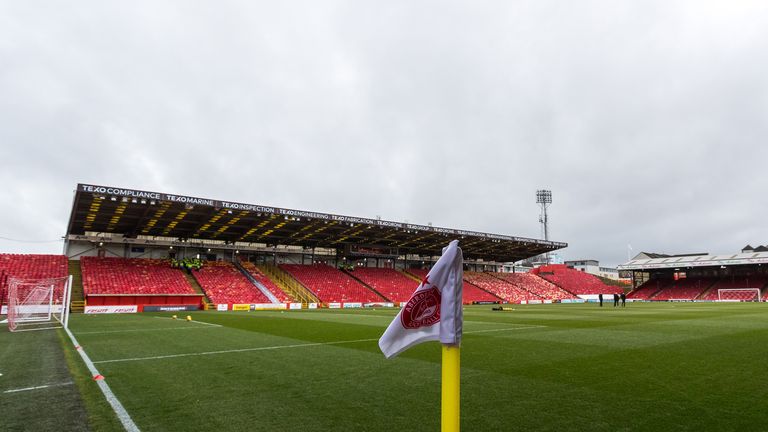 “In doing so, they blatantly broke the rules that had been agreed between the SFA, the SPFL and the Scottish government, which to put it mildly, is completely unacceptable.

“We are expecting the members of the public to behave in a highly precautionary way right now and when a football club ends up with players infected, and let’s remember this is not through bad luck but clear breaches of the rules, we cannot take even a small risk that they will spread the infection to other parts of the country.”

Aberdeen manager Derek McInnes confirmed the eight players would be disciplined and apologised to the rest of Scottish football for putting the season at risk after one game. “The players are full of regret, they have made a real bad error of judgement,” the Dons manager said.

“We are so remorseful that this has had an impact on Scottish football. A few weeks ago we were absolutely delighted we had the opportunity to get back playing football.

The fact we have jeopardised that by the players’ actions is extremely disappointing.

“Players will be dealt with internally for a breach of discipline. I understand totally the anger and the sentiment being aimed towards us and for that we are deeply sorry.”

Scottish football authorities confirmed the postponement of the match following a meeting with Scottish sports minister Joe FitzPatrick on Friday morning, with all parties keen to avoid the possibility of spreading the virus to Perth, where the match was set to take place. 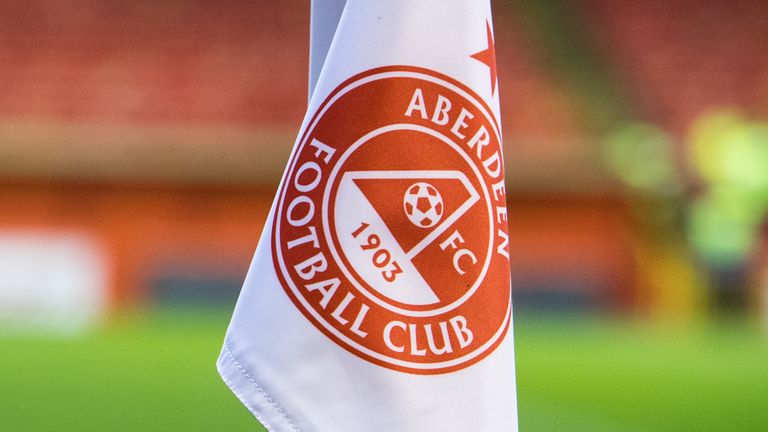 “There is an evolving public health outbreak in Aberdeen and the minister conveyed the need for additional work to provide further assurance around Aberdeen FC’s adherence to the agreed protocols,” read a statement from Scottish football’s Joint Response Group.

“Given the overriding responsibility to public health, the subsequent advice and discussion with the minister this morning means that the Joint Response Group must adhere to the request to postpone the match.”

Sturgeon went on to issue a stark warning to other football clubs over their players’ conduct amid the ongoing crisis.

Five other Scottish Premiership games will go ahead over the weekend, with champions Celtic taking on Kilmarnock on Sunday, live on Sky Sports.

“The Scottish government will also be contacting all club captains and managers to emphasise the importance of complying with the guidance,” Sturgeon said. “But let me stress the importance now. Football has been given the go ahead, on the strict condition that clubs and players abide by the guidance. If they don’t do that, they put at risk the return of the professional game.

“I welcome Aberdeen’s statement reminding their players of their obligations, footballers are role models and they should behave accordingly.

“But it’s also important to remind all the clubs of their obligation to ensure all their players are behaving responsibly and in line with the guidance.

“Any time we don’t abide by the rules, we put others at risk and give this virus the chance to come roaring back again.”

Aberdeen chairman Dave Cormack said he was “grateful” the authorities had decided to postpone the game, rather than forcing his side to forfeit.

Earlier on Friday, Cormack had called on fans to reserve judgement on the players involved, but he took a more conciliatory tone following the postponement. “Given the significant COVID-19 outbreak in Aberdeen, we fully understand why the Scottish Government has made this decision in the interests of public health,” Cormack said.

“With the pressure over this season’s fixtures, and the fact that we caused this problem, we were fully prepared to play the game tomorrow. We are very grateful that the decision has been to postpone, rather than forfeit the game.

“I took the opportunity yesterday to apologise to both football and health authorities, and with our fellow Premiership clubs today.

“The clinical decision last night from the JRG that it was safe to play underlines the confidence the football authorities have in the robustness of our procedures and protocols.

“Regrettably, what has happened in the last few days has undermined all the hard work that has gone into keeping our players and staff safe. We are now dealing with this internally with the seriousness it deserves.

“In the meantime, I’d like to reassure the relevant bodies, our fans and everyone associated with the Club that our already rigorous measures are being forensically scrutinised and that no stone will be left unturned in ensuring that no-one is under any doubt about what must be adhered to.” Lennon: A reminder for all players and staff

Celtic boss Neil Lennon said the incident has “serious ramifications” and is a reminder for players and staff to follow the protocols.

“It’s obviously a very unfortunate incident and obviously has some serious ramifications for the game,” he said. “It’s a reminder to all the players and the staff that we have to be on our guard all of the time and follow the protocols in the right way.

Pierre-Emerick Aubameyang admits transfer away from Arsenal tempted him

Scottish Premiership players will continue taking the knee
Nani scores sublime curler as he inspires Orlando to MLS is Back final
Best News
Recent Posts
This website uses cookies to improve your user experience and to provide you with advertisements that are relevant to your interests. By continuing to browse the site you are agreeing to our use of cookies.Ok