Cristiano Ronaldo scored twice but could not prevent Juventus from going out of the Champions League despite a 2-1 victory over Lyon in its rearranged second-leg match on Friday.

The French team progressed to the quarterfinals on away goals after a 2-2 draw on aggregate.

Memphis Depay scored an early penalty but also conceded one at the end of the first half, which was converted by Ronaldo. The Juventus forward also netted in the second period and came close to completing another hat trick in the competition.

Lyon will face Manchester City in the single-elimination quarterfinals in Lisbon after the English team beat Real Madrid 2-1 on the night to progress 4-2 on aggregate.

The Juventus-Lyon match was rescheduled from March 17 after the coronavirus pandemic which shut down sports around the globe. The French league did not resume while Juventus struggled after the restart of Serie A but nevertheless claimed a record-extending ninth successive title.

Depay would not have been able to play had the match taken place as scheduled because he had a serious knee injury.

No supporters were allowed into the stadium but a crowd of about 50 Juventus fans were gathered outside to welcome their team as well as hurl insults at the Lyon team bus.

There was a minute’s silence before the match in honor of the victims of the coronavirus.

Juventus needed to overturn a 1-0 deficit from the first leg in Lyon but had to start without key forward Paulo Dybala, who was recovering from a thigh injury and was on the bench.

Lyon started the brighter and took the lead in the 12th minute. Houssem Aouar went down in the penalty area under a challenge from Rodrigo Bentancur, who clearly also got the ball but replays revealed Federico Bernardeschi also caught the player slightly from behind. 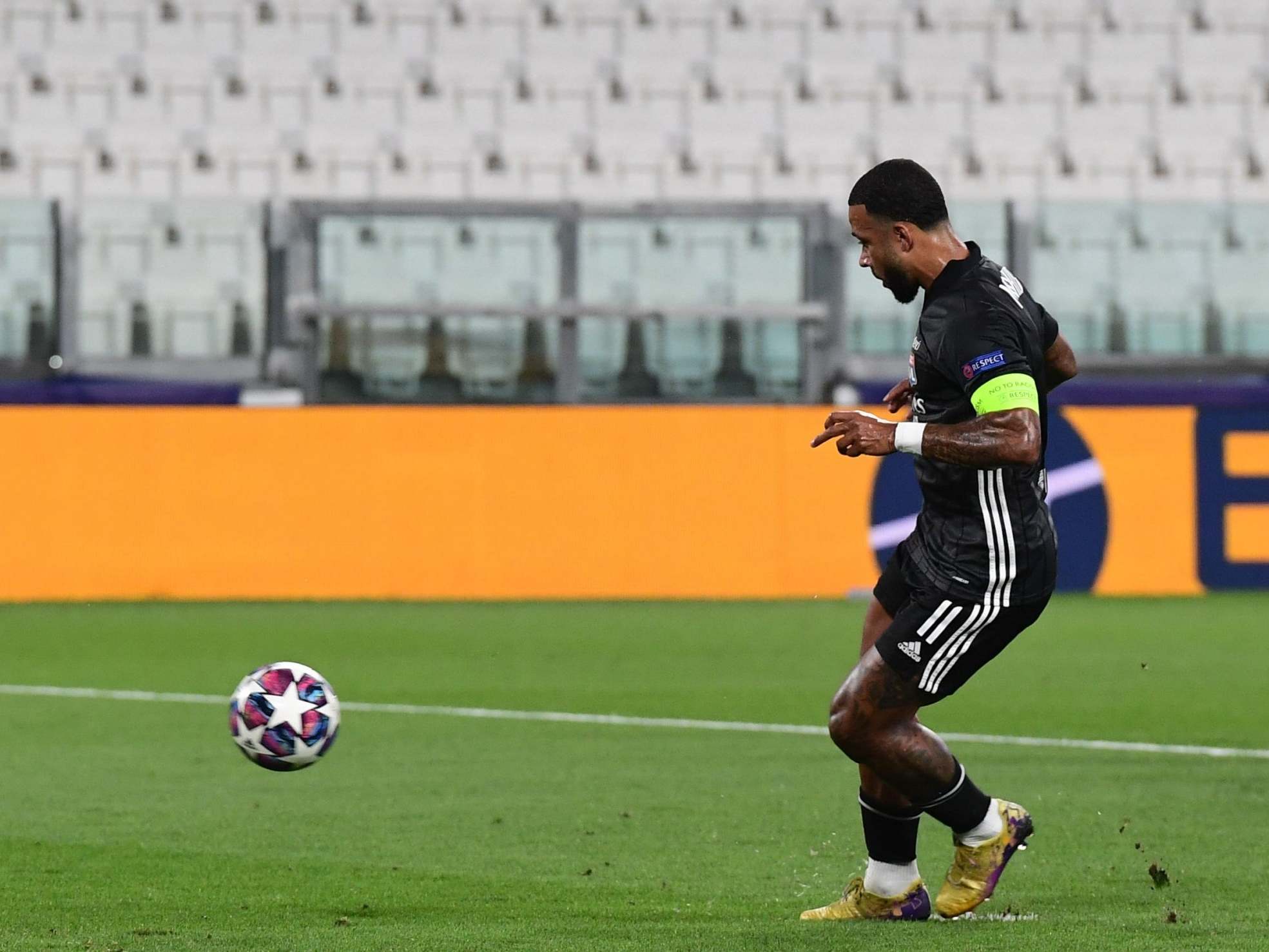 Depay chipped the resulting penalty straight down the middle.

There was another controversial penalty at the other end shortly before halftime when Miralem Pjanic’s free kick hit Depay’s arm and the referee awarded a spot kick although it arguably wasn’t in an unnatural position. Ronaldo fired it into the bottom right corner.

And Ronaldo doubled his tally on the hour mark when he curled a fantastic strike into the top right corner. It extended his all-time record in the competition to 131 goals.

Ronaldo went close to scoring the goal that would have seen Juventus through but headed a corner narrowly over the bar from close range.

Liverpool’s "intense" training ground argument after Manchester City defeat
Man City spies issue Lyon warning to Pep Guardiola after Real Madrid Champions League win
Best News
Recent Posts
This website uses cookies to improve your user experience and to provide you with advertisements that are relevant to your interests. By continuing to browse the site you are agreeing to our use of cookies.Ok