Sheffield United boss Chris Wilder will have been most frustrated by David de Gea’s error-strewn performance for Manchester United against Chelsea as it means he may miss out on keeping Dean Henderson for another season. That is the view of former Scotland and Rangers striker Ally McCoist.

De Gea’s difficult season suffered a new low on Sunday as he was at fault for United in their 3-1 defeat in the FA Cup semi-final.

In the first half, De Gea should have done better to stop Olivier Giroud’s near post flick getting past him.

Then just a minute into the second half, De Gea flapped at a long-range shot from Mason Mount.

And to compound matters, for Chelsea’s third goal, he was beaten again at his near post, this time by a Harry Maguire own goal. 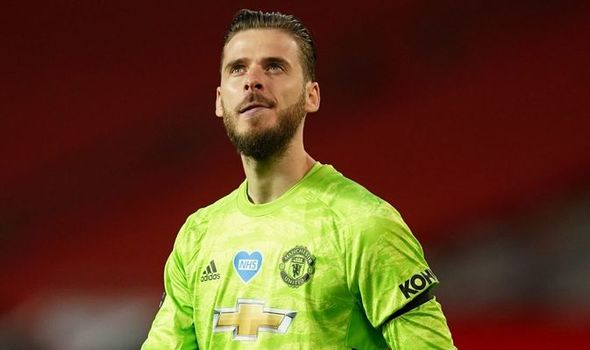 After the match, De Gea’s boss Ole Gunnar Solskjaer conceded the goalkeeper should have done better but backed him to overcome the setback.

But the doubts about De Gea have increased given the impressive form of Henderson, who has been a near ever-present for the Blades in their excellent season.

Henderson has made clear his sights were set on being the No 1 at United.

And a path that once looked blocked is now starting to open up. 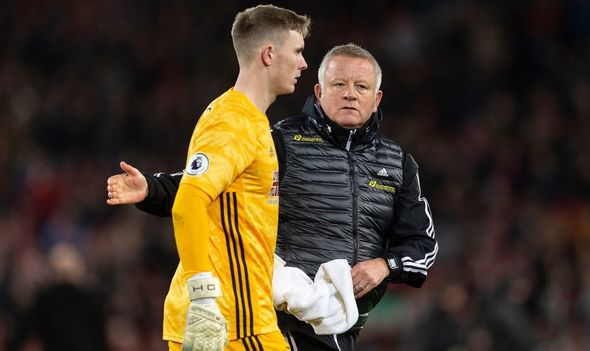 It means United will need to decide whether to allow Henderson to stay out on loan or bring him back to Old Trafford where he can challenge De Gea to be No 1.

And McCoist feels De Gea’s mistakes are only increasing the likelihood of Wilder losing out on Henderson.

“I think United have got a big decision to make about what they do next year with Henderson at Sheffield United,” McCoist told talkSPORT.

“The one man in the country that probably didn’t want to see De Gea make mistakes more than anybody is Chris Wilder.

“He has made some terrific saves and helped United go on that fantastic run but he has to be a concern [right now] because of his form and his confidence has gone.

“I thought he should have done better for all three goals. His confidence is shot to pieces.

“The ball is going through him. The second goal from Mount is a bread and butter save for any goalkeeper and he’s made mistakes you wouldn’t expect him to make.

“I think United have big decisions to make moving forward because as critical as we are being of De Gea, on the flip side they have one of the best goalkeepers in the league, playing particularly well for Sheffield United.”

Borussia Dortmund set to announce the £25m signing of Jude Bellingham
Kai Havertz close to Chelsea transfer after Frank Lampard talks
Best News
Recent Posts
This website uses cookies to improve your user experience and to provide you with advertisements that are relevant to your interests. By continuing to browse the site you are agreeing to our use of cookies.Ok