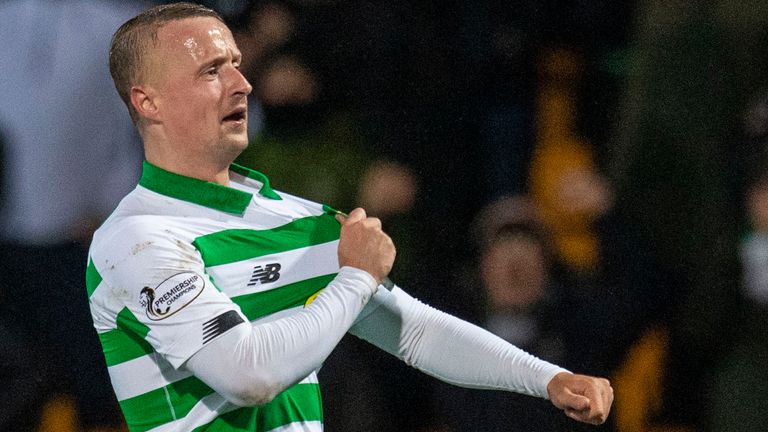 It’s not easy to score goals in any league but over the last seven seasons in the Scottish Premiership, no one has hit the back of the net more consistently than Celtic’s Leigh Griffiths.

Celtic manager Neil Lennon saw enough of Griffiths at Hibernian six years ago to convince the club it would be worth shelling out £2m to bring a lean, hungry and ambitious goalscorer into the demanding role of main striker at Celtic Park.

Since then it has been a huge success story, 115 goals in 233 games, two Scottish Football Writers’ Association Player of the Year awards and trophies galore.

But his time at Celtic is now in doubt after he reported back to training from lockdown overweight and out of condition. 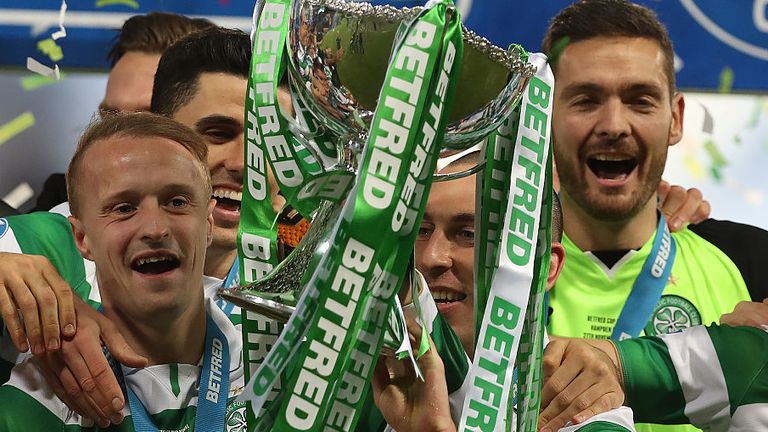 Griffiths was nowhere to be seen as Celtic got back into a rhythm with pre-season games against Nice and Lyon at the weekend. They go head-to-head against Ligue 1 Champions PSG in Paris on Tuesday night.

Asked about Griffiths again at the weekend, you could sense Lennon was still seething as he called for an end to his “social media nonsense”.

Griffiths has been posting defiant messages regarding people doubting him and also impersonating various celebrities.

It’s hardly the work of a professional totally focused on a challenging new season ahead.

The likelihood is that he’s unlikely to be considered for selection for a while, but is it the end of Griffiths in a Celtic jersey? 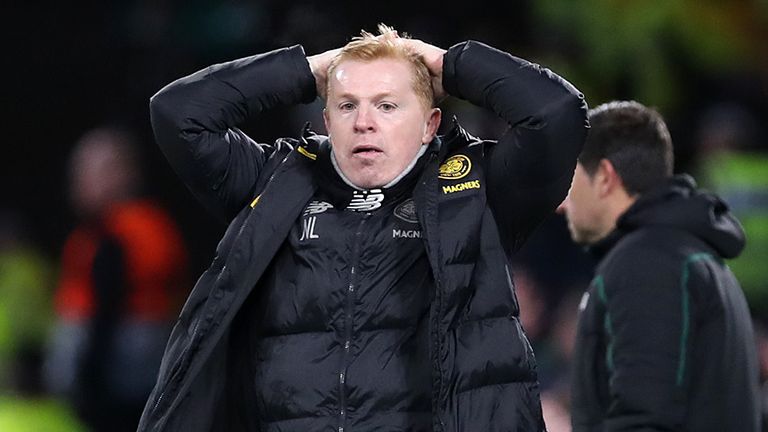 Neil Lennon hasn’t been the only Celtic manager to highlight the player’s attitude.

Ronny Deila and Brendan Rodgers both questioned his professionalism during their time in charge at the club and it will be interesting to see how Lennon will handle him this time.

The harsh reality for Griffiths is that he hasn’t been the main striker at the club for a few seasons now. Like every other natural scorer, he’s hurt when he’s left out and it affects his mood. 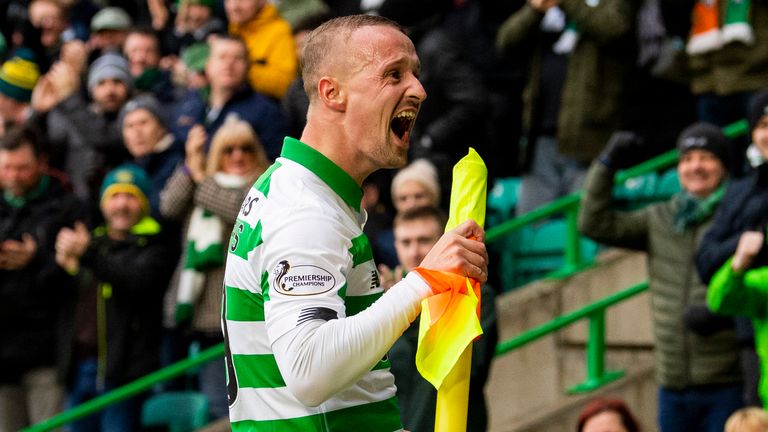 Moussa Dembele was the preferred lone striker under Rodgers and when he was sold, Odsonne Edouard became the focal point of the attack.

For what it’s worth, I don’t think Lennon will give up on him. I think there’s a kinship between the two; they handle the jeers, boos and derision that comes with being high-profile, successful Celtic men and continually come back for more.

Lennon has also been very candid about his battle with depression and when Griffiths went through a similarly tough time with his mental health earlier this year, the love, support and protection from everyone at Celtic must have brought him a lot of comfort.

Lennon knows he can deliver and when Celtic returned from the winter break last season, Lennon made a clever move by playing Griffiths alongside Edouard.

At the time Celtic needed a lift and Griffiths duly delivered. Scoring six in the last 10 games of the season was impressive and some of the link-up play between the two was sparkling as the strikers seemed to complement one another.

At 29, Griffiths has the experience of knowing what it takes to score big goals and also handle the pressure of being regarded as a top goalscorer.

The danger for Griffiths is that missing out on the start of this season has given others a chance to shine. 21-year old Pole Patryk Klimala was signed for £3.5m and he scored against Nice. This might be his time.

Similarly, Vakoun Issouf Bayo is another who will be keen to be involved more often. The 23-year old from the Ivory Coast will know he has to make an impression this season if he’s to have a future with the Scottish champions.

However, Griffiths will surely know his manager can’t afford to wait too long for him to get on board. What if a suitable bid comes in for Odsonne Edouard? Even if he stays, Lennon must be thinking of adding another striker to ensure he has enough firepower to stay at the top.

I really hope Griffiths can get himself back to being fit, hungry for action and, most importantly, happy again. Who can ever forget his beaming smile when he scored those two outrageous free-kicks at Hampden Park against England in a 2018 World Cup qualifier?

I don’t know what it will take for him to find his focus and motivation again, but here’s the picture I would put in his mind.

Laurent Blanc could take over as Barcelona manager for just one season
Marcelo Bielsa pays tribute to Huddersfield-bound Leeds assistant Carlos Corberan
Best News
Recent Posts
This website uses cookies to improve your user experience and to provide you with advertisements that are relevant to your interests. By continuing to browse the site you are agreeing to our use of cookies.Ok