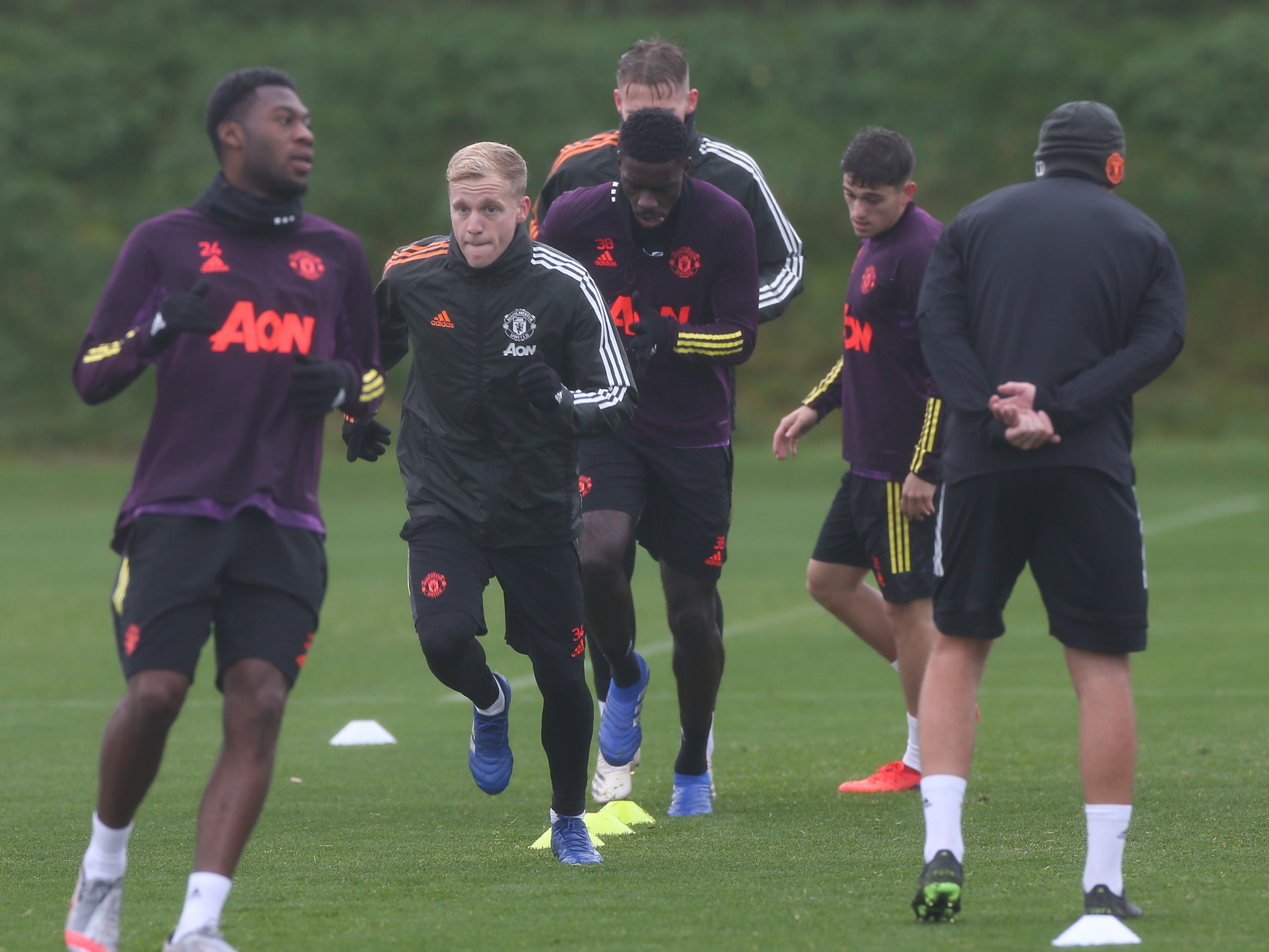 Whether both should have played against Newcastle and Chelsea is more debatable but – with just two own goals conceded in three games – United at least look more solid than they did in the 6-1 defeat to Tottenham Hotspur with Fred and McTominay at the base of their midfield.

“I feel like there’s no time to panic for Donny,” McTominay said, appearing alongside Solskjaer. “People can be so quick to come to an assumption that he’s not playing and things like that. Give him time, let him adapt to the league, let him settle into his new house or wherever he is living and really let him concentrate on his season.”

And as the United manager pointed out last week, Van de Beek still requires “time to settle in” and adjust to his new surroundings.

Comparisons with Fabinho and Andy Robertson at Liverpool are relevant. Jurgen Klopp was not questioned as much when he held those two players back and gradually integrated them into his set-up. They have since become among the best in the world in their positions.

Even so, there is a clear difference between Fabinho and Robertson’s situations and that of Van de Beek. Whereas the Liverpool pair were signed to fill vacancies within Klopp’s squad – Fabinho as an upgrade on the outgoing Emre Can, Robertson as a successor to Alberto Moreno – Van de Beek has arrived without a clear pathway into Solskjaer’s first-choice starting line-up.

His rival for his natural No 10 role is Bruno Fernandes, a player who transformed United’s fortunes in the second half of last season, who has quickly established himself as a leader in the dressing room, who is entering his peak at the age of 26 and has barely ever been injured throughout his career.

Van de Beek’s main competition for one of Solskjaer’s usual two central midfield roles, meanwhile, is Paul Pogba. Despite being dropped from the starting line-up since the international break, Solskjaer claims this is only due to him rushing the midfielder back too soon from a bout of coronavirus. A prolonged spell out of the side would not help United’s hopes of tying their record signing down to a new contract either.

Could all three play together? Perhaps, but with his selections since Tottenham, Solskjaer has made it clear that he views McTominay and Fred as his best defensive midfield partnership, while Nemanja Matic established himself as United’s most trusted ball-winner at the tail end of last season. Why would Solskjaer regularly start Van de Beek alongside Pogba rather than one of those three?

There are other options but changing the midfield set-up to a diamond, for example, does not necessarily suit the rest of the United squad. As it stands, integrating Van de Beek as a regular starter means dropping one of Fernandes or Pogba further down the line. And should that happen, the questioning of Solskjaer’s selections would only intensify given the status of those two players.

If Van de Beek was a few years younger, if he had not arrived at Old Trafford with a substantial profile or if had joined for a smaller transfer fee, his lack of playing time would pass by without comment. The succession planning would be a little clearer, too.

But when a 23-year-old £35m signing and one-time Champions League semi-finalist sits on the bench, questions are asked and at the moment, a lot has to change before Van de Beek becomes more than just a rotation option in his first season at Old Trafford.

Juventus vs Barcelona live stream: How to watch Champions League fixture online and on TV tonight
RB Leipzig beat Man Utd to own pre-game plans days after Solskjaer blamed change
Best News
Recent Posts
This website uses cookies to improve your user experience and to provide you with advertisements that are relevant to your interests. By continuing to browse the site you are agreeing to our use of cookies.Ok