Eddie Howe admits relegation-threatened AFC Bournemouth must produce their finest performance of the season to “create a moment of history” by beating Manchester City for the first time.

The struggling Cherries travel to the Etihad Stadium in desperate need of points to prolong their five-year stay in the Premier League.

Bournemouth have lost each of their previous nine top-flight clashes with City, conceding 28 goals in those games and scoring just four times in reply.

Howe is acutely aware of the tough task of taking on Pep Guardiola’s men but is adamant his players possess the ability to back up Sunday’s stunning 4-1 win over Leicester by pulling off a major shock.

“It’s a unique challenge and I think Manchester City is a very different game from any other that you face in the Premier League,” said Howe, whose team are three points from safety.

“They’ve got unique qualities, an outstanding coach, a brilliant team, so we’re going to have to be elevated to levels maybe that we haven’t given this season to get a result but we’re capable of doing that.

“We’re going to need our best performance of the season to get anything in this game.I always believe if you haven’t done something yet then there is an opportunity to create a moment of history that changes that.

“I believe it’s possible. I know that if we can put it all together then we’re more than capable of doing just that.”

Howe hopes the overdue success can act as a catalyst in the Cherries’ bid to beat the drop.

“You can see a lift in the players, a bounce in their step, renewed confidence, renewed belief,” he said.

“I think it takes events and moments to sometimes generate that. Hopefully the Leicester game is the moment that sparks the real belief that we can do it.”

While Bournemouth are only three points behind fourth-bottom Watford and 16th-placed West Ham, their goal difference is worse than each of those clubs.

Free-scoring City are the Premier League’s most prolific side and have hit 23 goals in just seven matches since football resumed to take their overall tally to 91. 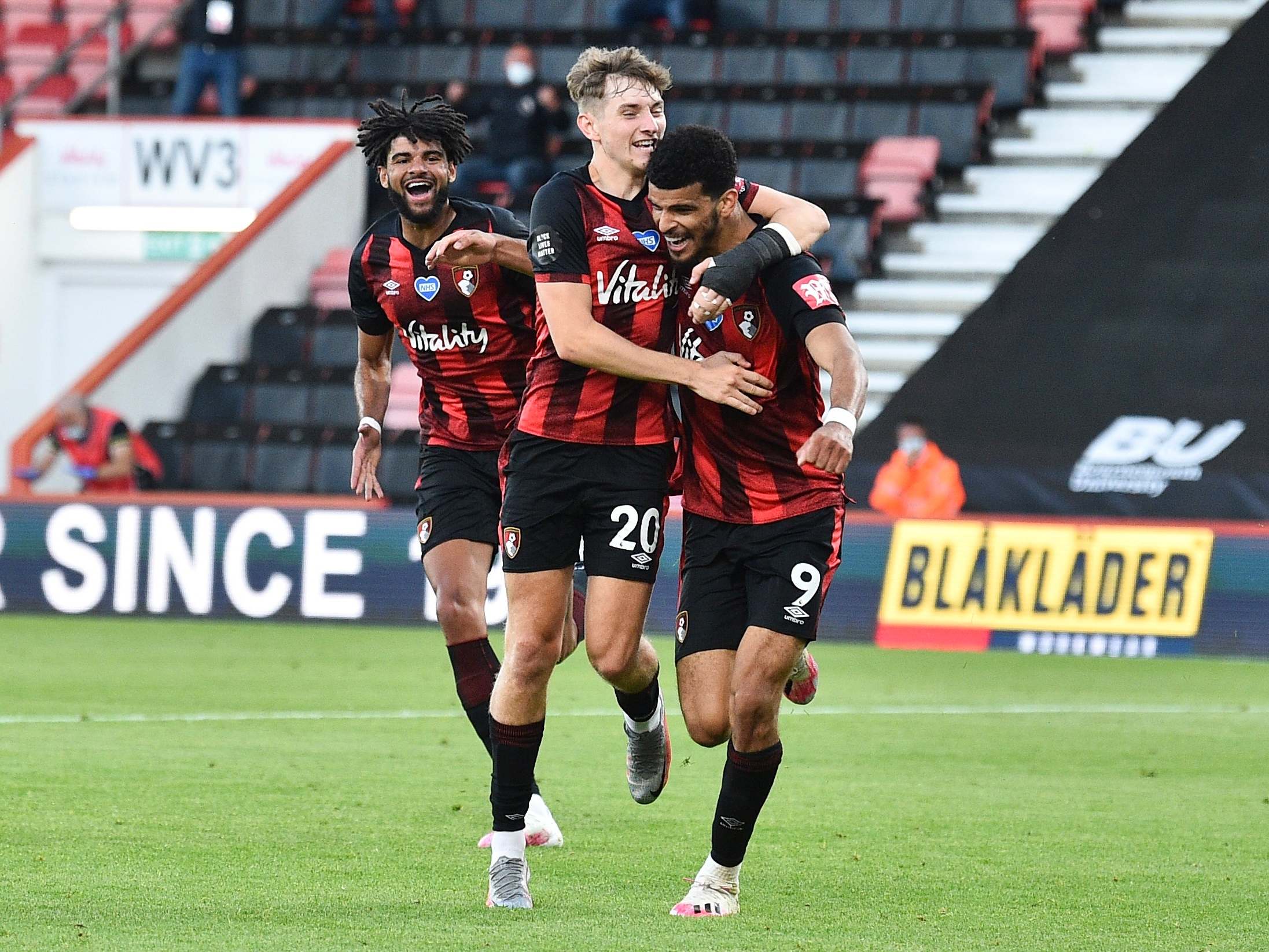 Howe insists points are the only thing on his mind at the moment but accepts damage limitation may become part of his thinking depending on how the game goes.

“Goal difference could be important but I don’t think anything is more important than the points tally that you have,” he said.

“First and foremost we have to try and see if we can get something from the match and that will be the only thing in our preparation.

“During the game obviously other considerations come into play, depending on the scoreline.”

Bournemouth have defensive injury problems ahead of Wednesday’s match.

Howe says there is an outside chance Holland international Ake could feature again this season, while brushing off talk the 25-year-old may have played his final game for the club amid repeated transfer speculation.

“I think it would be silly of me to comment on that, to be honest, at this moment in time,” Howe said.

“I think next season and everything beyond it will take care of itself. We need to concentrate on the next three games, nothing else.”

He added: “I don’t know whether we will see Nathan again this season. I don’t think it’s a definite no but it’s not a definite yes either. We’ll have to see how he responds in the next few days.”

Real Betis 'closing in on the signing of Claudio Bravo'

Craig Burley says Man Utd star is now a 'major concern' for Ole Gunnar Solskjaer
COMMENT: UEFA must rip up Financial Fair Play rules and start again
Best News
Recent Posts
This website uses cookies to improve your user experience and to provide you with advertisements that are relevant to your interests. By continuing to browse the site you are agreeing to our use of cookies.Ok