‘We will not throw in the towel… We must remain relevant’: In a wide-ranging interview, EFL chief Rick Parry admits fears League One and Two will be curtailed, warns financial help is urgent and reveals Covid testing will increase next week

Rick Parry has laid bare the enormous challenges the EFL must overcome in order for the 72 clubs to survive the pandemic and remain relevant.

The EFL chairman reflected on what has been a draining and difficult week in which issues ranged from the Government preventing fans attending stadiums until March to 17 Leyton Orient players testing positive for Covid-19 before their Carabao Cup tie with Tottenham.

In a wide-ranging interview, Parry: 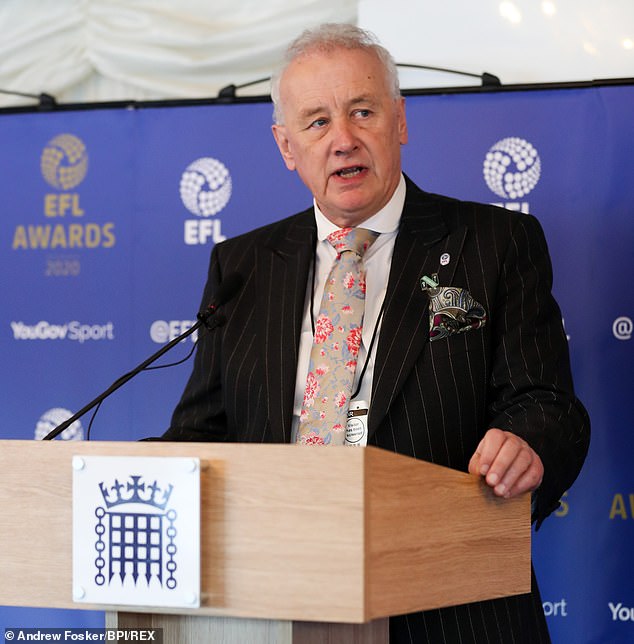 Parry, who was at the LNER Stadium in Lincoln on Thursday to watch the League One side face Liverpool, stressed the turn of events on Wednesday around the return of crowds was not a signal to panic but accepted the parlous position many clubs are now in.

‘We need to remain calm,’ said Parry. ‘It’s really important that we actually preserve this season and we really make every effort to make sure League One and League Two get completed.

‘Any talk of giving up or throwing in the towel is not in my vocabulary at all. The first objective is to get the season finished, get it away and face the challenges. I don’t see that (the season not being able to be concluded) at the moment but that is not to minimise the challenge.

‘A lot of our clubs have been responsible. They have been more measured in terms of their cost base. I really do believe we can get through with the clubs intact and get the season finished. Having said that, the virus will make the big decisions. Who knows how bad it will get?’

Testing is key to creating a safe environment for fixtures to be fulfilled but a huge issue for clubs is the cost involved at a time when they are haemorrhaging money, a point put forward by Joey Barton, Fleetwood’s manager, earlier this week. 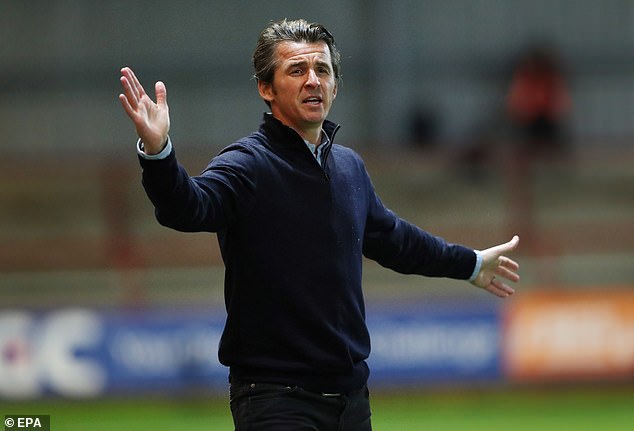 Some Premier League clubs, such as Liverpool, paid for EFL opponents to have tests before the Carabao Cup third round but there will be universal testing ahead of the eight fixtures next week and a more stringent approach going forward.

‘Safety absolutely comes first and foremost,’ said Parry. ‘We obviously had a major problem at Leyton Orient. I don’t think we needed a wake-up call but it has given us one. A lot of the clubs have been working really hard. A lot of them have done things really well.

‘We are now reviewing, particularly now that the infection rate is rising. There is no room for any complacency. We will do some increased testing. Maybe it will be random, maybe it will be periodic. But, again, the real message is everyone has to stick to the protocols and observe them.

‘If you don’t then things can go quickly wrong. The infection rates being what they are… football is a bubble but you have got to think of the nation and it is worrying for everyone for health and safety and that is of paramount importance. We can’t put pressure on the NHS again.’ 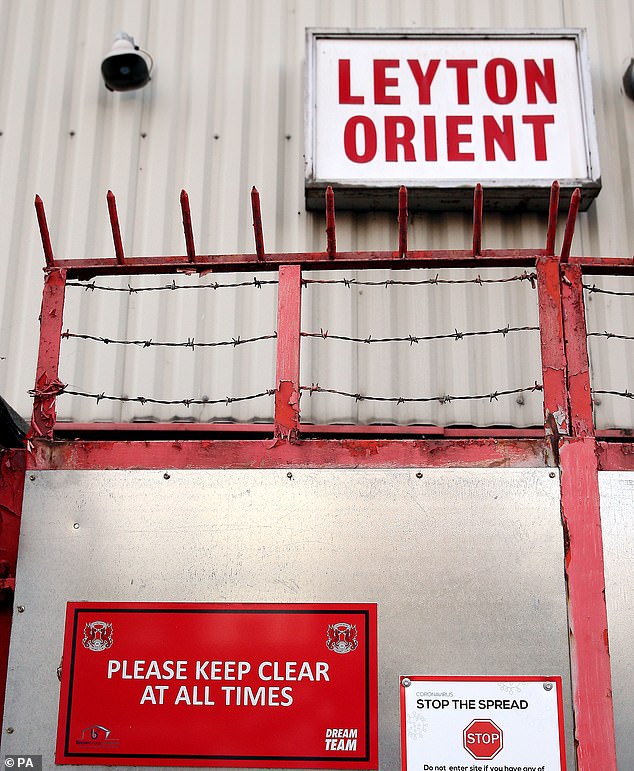 The Government’s decision to stop crowds gathering is aimed at doing just that — stopping the NHS from becoming over- burdened — but Parry is flummoxed as to why, when people can gather indoors in pubs and restaurants, they have been stopped from attending safe events in the outdoors.

‘It doesn’t seem entirely logical to me but, then again, what do I know?’ he said, his vexation clear. ‘We thought we could have the fans in the stadium, safely, being entertained and doing the right things. We thought we could set an example to the nation but we have lost that argument.

‘That looks like March and it is going to be a long winter. We do need rescue packages. We have said it pretty consistently. We need them soon. That has to be resolved. But we are confident it will be.’

What cannot be escaped, however, is the fact that the longer stadiums remain empty and the longer revenue streams are hit, many clubs will be in danger —Gillingham chairman Paul Scally, for one, is concerned his club may not reach Christmas. 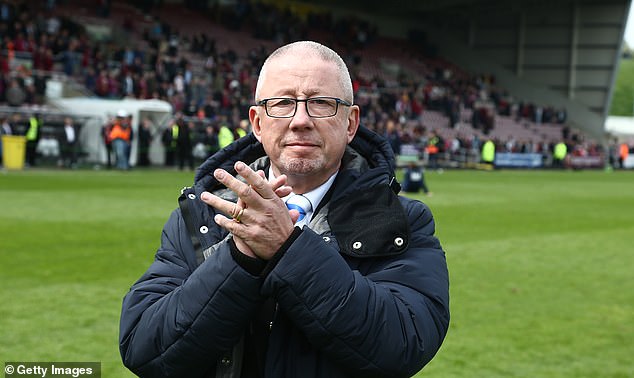 With no fans set to return until the new year, Paul Scully fears his club Gillingham won’t survive

Many Premier League managers, including Jurgen Klopp and Carlo Ancelotti, expressed a willingness to help those who are in peril, but discussions with the Premier League itself remain ongoing and Parry is exploring other options to raise the funds required.

‘I’m not going to criticise the Premier League,’ Parry stressed. ‘We’re in constant dialogue with them and remain calm and confident we’ll get a solution but we are looking at alternatives. We’re not only talking to the Premier League, we have a number of different irons in the fire.

‘Equally, the Government have said there is enough money in football — and we get that. But it’s not a single responsibility, this is a situation where we do all need to be working together. We should all be collaborating because we’ve all got a problem. 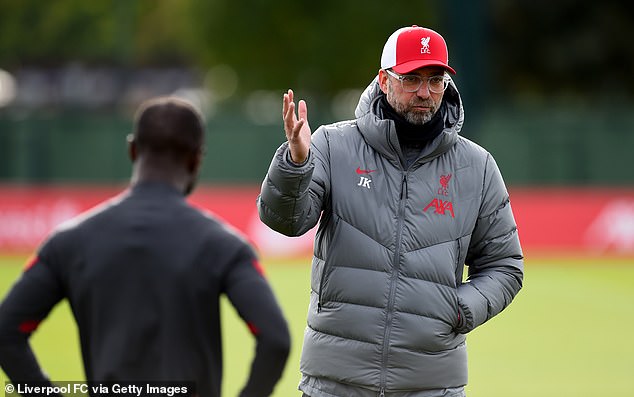 ‘There isn’t a cut-off point (to find a solution). You announce a cut-off and you put yourself under pressure. Of course it’s urgent to get it right, of course we need a solution but if you look at individual clubs they go right across the spectrum.

‘Some are going to be struggling by the end of October, a lot will get through to March because they’ve planned prudently.

‘What the clubs need — in these highly uncertain times — is a bit of certainty and something to cling on to.

‘And hope, frankly. Light at the end of the tunnel to aim for. It’s urgent to get it right.’

Liverpool let cat out of the bag as "massive talent" added to first-team picture
Andy Cole says Man United need more than just Jadon Sancho
Best News
Recent Posts
This website uses cookies to improve your user experience and to provide you with advertisements that are relevant to your interests. By continuing to browse the site you are agreeing to our use of cookies.Ok