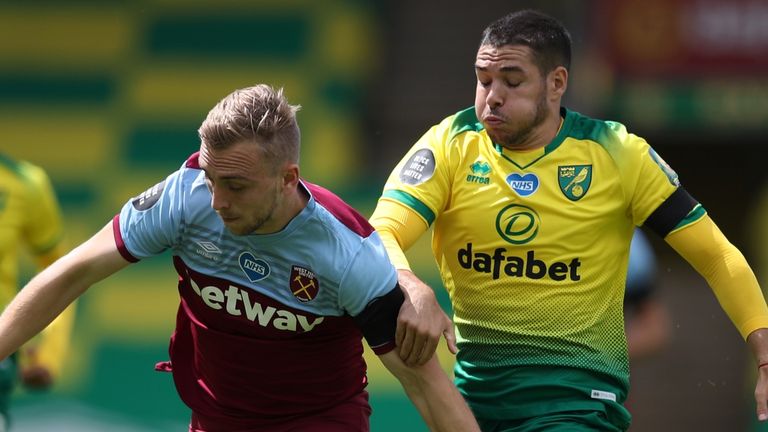 Emiliano Buendia insists he is “happy” at Norwich, but Atletico Madrid are among several clubs interested in a summer transfer deal.

Valencia are also keen on the 23-year-old winger, who has stood out for the Canaries despite their relegation from the Premier League this season.

He has scored once in 37 appearances in all competitions and has attracted interest from other clubs in the Premier League.

Buendia told Sky Sports News on Monday that he is “happy” at Norwich and remains focused on finishing the final three games of the season with them.

“Everyone helped me here since the beginning,” he said. “I have a contract here and I hope the club, the team and the fans get back to the Premier league as seen as possible.

Premier League to scrap water breaks and full televised programme for 2020/21
Betting companies could be banned as football shirt sponsors under new Gambling Act
Best News
Recent Posts
This website uses cookies to improve your user experience and to provide you with advertisements that are relevant to your interests. By continuing to browse the site you are agreeing to our use of cookies.Ok