England finished off their Nations League campaign with a 4-0 win over Iceland – but which players impressed the most?

Phil Foden (2), Declan Rice, and Mason Mount were all on target for Gareth Southgate’s side as they saw off their opponents, who had Birkir Mar Saevarsson sent off in the second half.

Here we assess the individual performances…

A quiet night for England’s No 1 but he had to punch well early on and showed his commitment to playing out from the back by delaying, delaying and then eventually picking out Bukayo Saka with a slide-rule pass under pressure. Not much more than an observer in the second half. 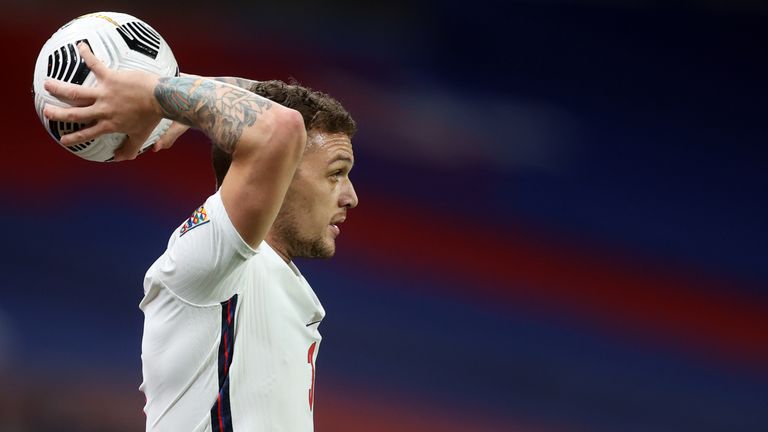 One of Gareth Southgate’s most reliable performers, Trippier provided England with good width out on the right flank and crossed well for Kane on the stroke of half-time. Showed the industrious work-rate his manager loves by racing back to intercept during a second-half Iceland attack.

Walker has been criticised for his rash play in recent weeks and he picked up a needless booking for a forceful challenge on Sigurjonsson. Had plenty of touches but was reserved with his attacking play for much of the first half, bar one ambitious cross just before the break. Lost Arnason from a corner for Iceland’s best chance in the second half and was subbed off soon after.

Not much to do at the heart of the back three against a limited Iceland attack but did have to race back to cover a run in behind early on and had the pace to deal with the danger. Mopped up again at the start of the second half and later had a go from an attacking free-kick to keep himself in the game.

Back in the XI after missing the trip to Belgium through suspension and had a far happier experience than his previous Nations League appearance at this stadium. There was one misplaced pass out from the back which gave Iceland a sniff but predominantly he was a welcome and eager contributor to England’s attack, pressing forward down the left, and could have picked up an assist through a Foden chance. Even tried his luck from distance late on. Presented with another chance to impress in the left wing-back role and took it. Could have got on the scoresheet with a mis-kick in the first half before firing a more powerful effort at the ‘keeper after the break but caused Iceland problems throughout, with Saevarsson clattering him early on and then being sent off for hauling him back. 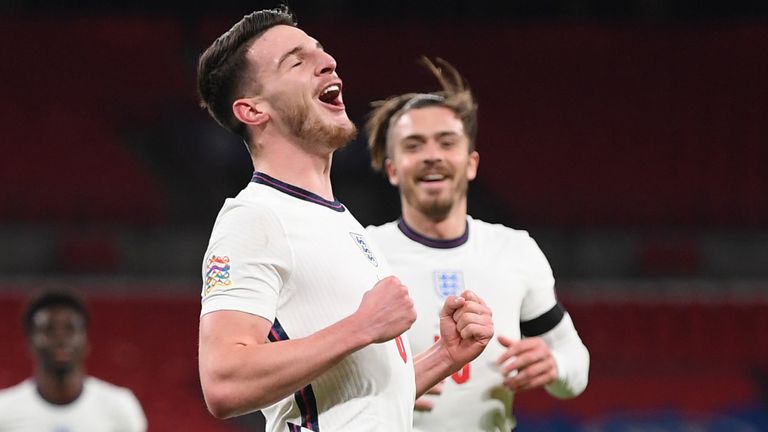 Rice’s goal – his first for his country – may have gone in off his shoulder but he won’t care one bit. That got England on their way and while it was a straightforward night defensively, Rice looked after the ball well and kept the tempo up with his passing.

Reinstated in central midfield, where he had impressed against Ireland, but was intent on playing far higher up the pitch – and did so to real effect. Saw an early shot blocked and linked up encouragingly with Jack Grealish. Sharp and clinical when he reacted in the box to tuck in England’s second. Subbed off with 25 minutes to play after strengthening his case. England’s star performer in Belgium delivered another eye-catching display against Iceland. It was him winning a free-kick on the edge of the Iceland box which led to England’s opener and he was repeatedly decked by an Iceland defensive who struggled to contain his trickery.

Neat and tidy with his touch as ever – although perhaps deeper than he would have liked early on – but pinpoint with his free-kick assist for Rice’s opener and could have scored with a close-range drive on 30 minutes. Played in higher positions from then on and swept home with 10 minutes to play before crashing in a second. Then brought out the party tricks. Desperate to score but ultimately frustrated in that regard, despite five shots at goal. Fired over from the edge of the box just before the half-hour, saw a low shot deflected just wide soon after, and then shot beyond the far post as he tried to get in on the fun. Even delayed his substitution to have a go with a free-kick but to no avail.

On for Mount on 65 minutes and stroked it around stylishly as he always does, creating a couple of opportunities for team-mates and even picking up an assist for Foden’s long-range strike.

On for Kyle Walker and into the left-side of England’s back three with 25 minutes to play but Iceland’s limited ambitions were gone by then.

On with 15 minutes to play but didn’t have any real chances fall his way.

Dispossessed with his first dribble attempt but delivered a reminder of his zip and skill as he teed up Foden for England’s third.

Sent on with just five minutes to play.

Sportsmail's experts give their verdicts after England's games

Rooney wants to know he has money to spend before taking Derby job
Mark Bright felt duty to get involved in football's dementia study
Best News
Recent Posts
This website uses cookies to improve your user experience and to provide you with advertisements that are relevant to your interests. By continuing to browse the site you are agreeing to our use of cookies.Ok