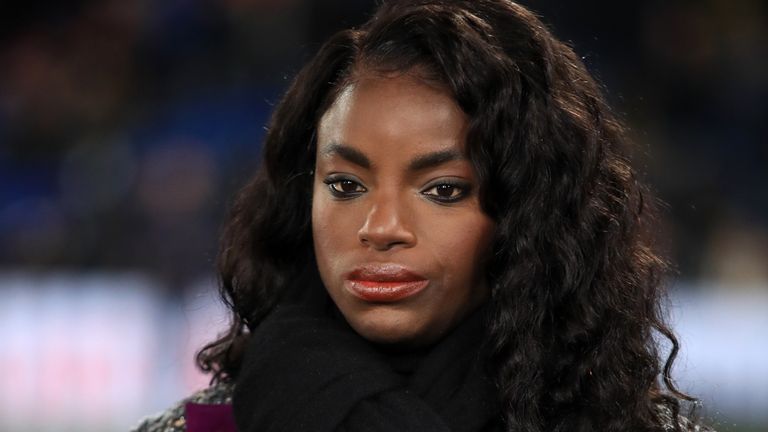 Former England international Eni Aluko has backed the introduction of targets to increase the number of BAME individuals at the top level of sport in the UK.

A report by The Telegraph in June found that 64 per cent of tax-payer funded national sports governing bodies (NGBs) have no BAME board members.

The newspaper also found that just three per cent of board members at the NGBs are black, and that no Premier League side has a black owner, chairman or chief executive.

Aluko – who won over 100 caps for England and is now director of women’s football at Aston Villa – was speaking to the Digital, Culture, Media and Sport Committee when she was asked about imposing targets on BAME representation in boardrooms within sport.

She said: “I think at this point we have to. There has to be something intentional about change. When you rely on self- regulation and people doing it themselves, they tend to just fall back into a comfort zone of what they’ve always done.

“I think we do need a target – I know the 30-per-cent target was mentioned earlier. I think that’s a good one in terms of it being something that you can always strive and achieve towards.” Aluko – who also played for Chelsea, Charlton and Juventus – added that her role at Villa has shown her the value of casting a wide net to recruit the best available candidates for a role, regardless of their ethnicity.

She said: “We are still seeing a glass ceiling to a certain extent from where we’ve gone to having great representation on the pitch. But that transition doesn’t necessary reflect when it goes off the pitch into the boardroom and even in ownership.

Wigan Athletic appeal 12-point deduction; Wigan Warriors intend to bid for football club
Man City backed to complete shock Pierre-Emerick Aubameyang transfer for one reason
Best News
Recent Posts
This website uses cookies to improve your user experience and to provide you with advertisements that are relevant to your interests. By continuing to browse the site you are agreeing to our use of cookies.Ok