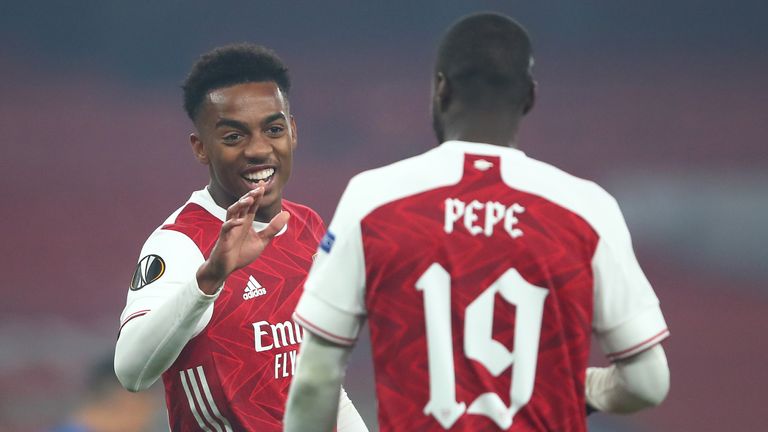 “Keep doing what he’s doing consistently, and his chance will arrive.”

That was Mikel Arteta’s response when asked what Joe Willock has to do to get a chance in the Premier League, but after another excellent display in the Europa League, the 21-year-old, who has drawn comparisons to former Arsenal midfielder Aaron Ramsey, is firmly knocking on his manager’s door to be included in the club’s Premier League squad.

Willock was an absentee from Arsenal’s 18-man squad at Old Trafford, but after two man-of-the-match displays in the Europa League and two goals in as many games in the competition, he is certainly doing all the right things.

Full of energy and running, Willock continually popped up in goal scoring positions and he played key roles in Arsenal’s first and second goals before putting the finishing touch on another fine display with an emphatic finish.

Will it be enough for him to get a chance when Arsenal take on Aston Villa in the Premier League on Sunday, live on Sky Sports Box Office? Willock’s Europa League form will be difficult for Arteta to ignore, especially with Arsenal’s struggles to break down Leicester at the Emirates Stadium fresh in the memory.

Willock offers Arsenal something very different and even if it’s only as an option from the bench this weekend, his form deserves rewarding. 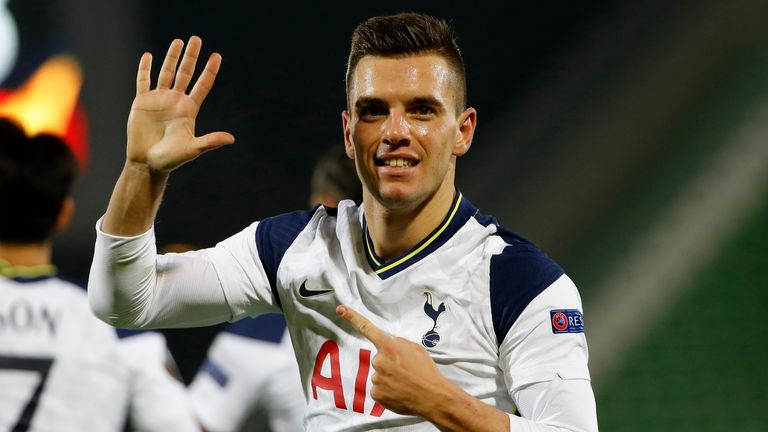 Giovani Lo Celso has had a stop-start career at Tottenham. At times he’s looked a world-class player but chances have been in short supply this season.

Jose Mourinho traditionally prefers his engine room to have steel rather than silk and, as a result, Lo Celso only has had one start in the Premier League to his name this season. The Argentine was also one of the four players hooked at half- time by a fuming Mourinho in the previous Europa League encounter at Antwerp. He was given a chance to redeem himself at Ludogorets and he grabbed it.

Lo Celso’s attitude in midfield set the tone. He was zipping around the pitch in tenacious fashion, linking with the front three impressively with his trademark cute passing. His goal was more about the excellent assist from Heung-Min Son than his easy finish, but the Argentine deserved to have his moment after a mature performance.

Whether it was enough to force his way into the Premier League picture is another matter. Mourinho was not in the mood for getting carried away with Lo Celso, questioning his fitness. When asked to analyse his performance, Mourinho said: “Good with the ball and not very good without the ball. His physical condition is not good.”
Lewis Jones

Leicester continue to compound the critics 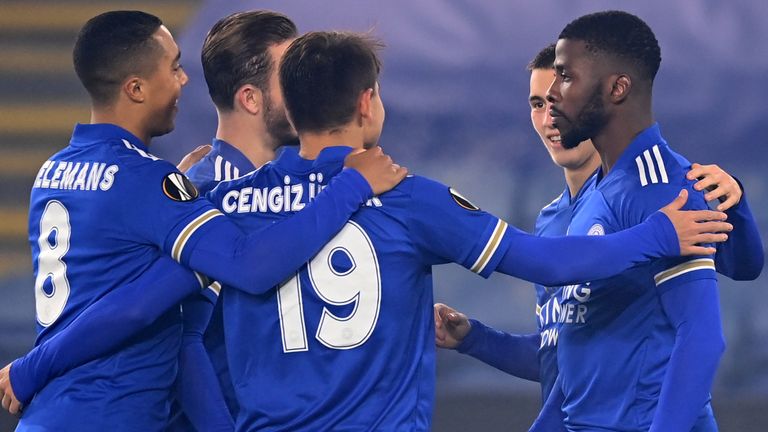 There was certainly a feeling of an opportunity lost when Leicester missed out on a Champions League spot on the final day of last season; not just for being absent from Europe’s top table, but also because it seemed like it might be a chance they would not get again.

Nearly four months on, things have changed. The Foxes are a point off the top of the Premier League and at full steam in their Europa League group, after a stunning 4-0 thrashing of Braga at the King Power Stadium on Thursday.

That alone would be impressive, more so given the injury problems Brendan Rodgers faces, and even more so having given star striker Jamie Vardy a night off.

Momentum is a funny thing, and while Leicester might have lost it in the second half of last season, they looked like a team without a worry in the world after half-time against Braga.

The quality of their football was stunning, James Maddison looked like getting back to his sharpest and Cengiz Under appeared to be striking up a potent partnership with him in their new-found 3-4-3.

There’s a long way to go in this competition, and you do not win anything for topping your group, something the Foxes look likely to do already. But the way in which they have gone about their opening three games has been undeniably impressive.
Ron Walker

Record-breaking Morelos back to his best 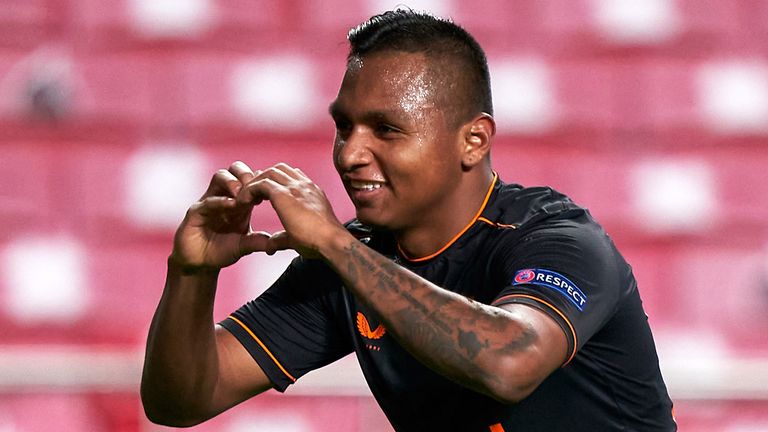 Rangers fans, players and manager Steven Gerrard must all be delighted, and relieved, Alfredo Morelos’ muted summer transfer to Lille never materialised, with the striker seemingly back to his best after a slow start to the season.

At the Estadio da Luz, Morelos, 24, found himself in the right place, at the right time, to touch home James Tavernier’s cross for a record-breaking 22nd European goal in just 37 games for Rangers, overtaking club legend Ally McCoist in the process. ​​​​​​

All this from a player who cost just £1m from HJK Helsinki in June 2017, with the striker having since scored a hugely impressive 84 goals in 154 games, making it one of the best pieces of business in the club’s history.
Richard Morgan 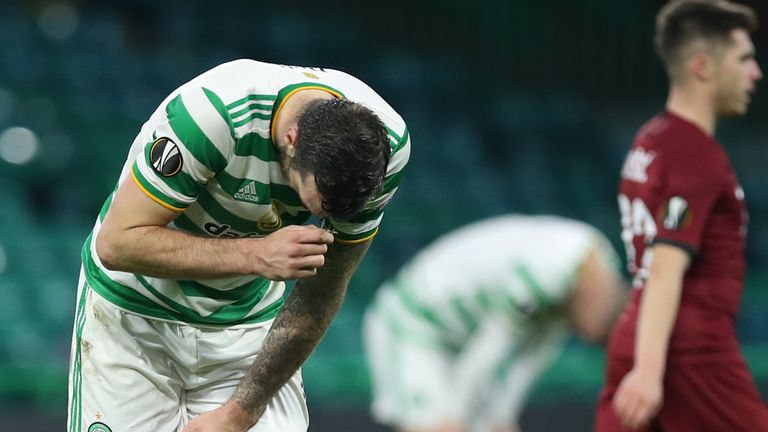 If you thought Celtic’s poor form was behind them then think again. The stark reality is their European campaign has been a disaster and is now on the brink. Still winless after three games, there will be some pretty strong and searching questions for Neil Lennon and his team to answer after this display.

They were limp and lacklustre as Sparta Prague – decimated by injuries and health problems relating to positive Covid tests – came away from Celtic Park with an emphatic 4-1 victory. It was a convincing win for the Czech side. Forget progressing to the round of 32 on this evidence.

Lennon put his faith in the same 11 starters that saw off Aberdeen to reach the Scottish Cup final but it is now one win in their last six games. This made it three home defeats for the first time in 30 years. Sparta arrived in Glasgow off the back of two heavy defeats themselves in Group H, but left looking like world-beaters.

Celtic may be chasing a fourth domestic treble in a row but when it comes to facing even the most modest of European opponents, they have fallen short time and time again.
Ben Grounds

Chelsea boss Frank Lampard delivers worrying Christian Pulisic injury update
Brighton vs Burnley LIVE: Latest score, goals and updates from Premier League fixture today
Best News
Recent Posts
This website uses cookies to improve your user experience and to provide you with advertisements that are relevant to your interests. By continuing to browse the site you are agreeing to our use of cookies.Ok