Everton have released their home kit for the 2020-21 season, the first strip designed by new suppliers Hummel.

Featuring the Danish brand’s iconic chevrons across both shoulders, the royal blue shirt is complemented by white shorts and socks which also include the eye-catching pattern.

The new kit, which is available to order online from today, also pays tribute to the Toffees’ famous anthem Z-Cars, which is played as the teams walk out of the tunnel at Goodison Park before each game. 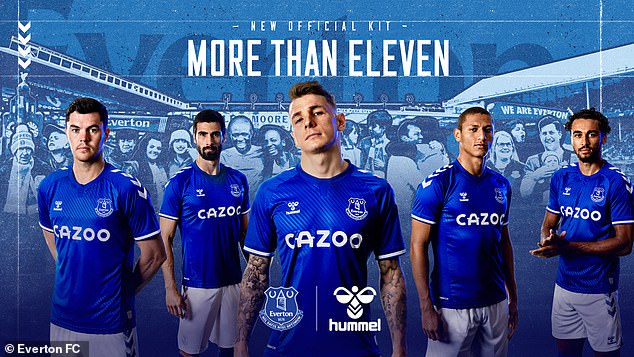 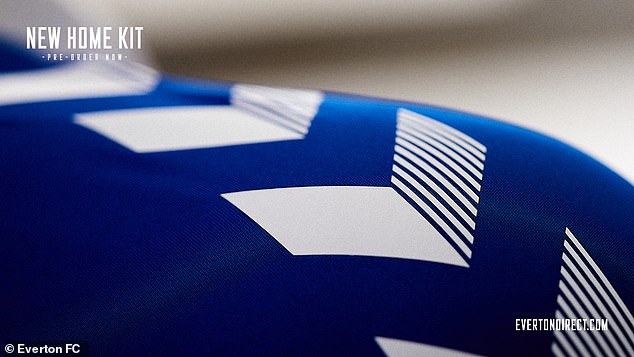 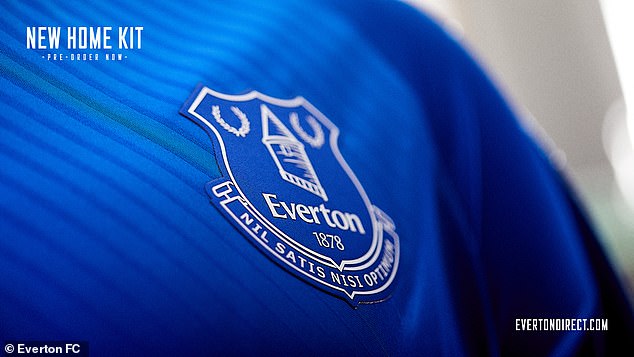 An image of the song’s soundbar has been expanded and embossed diagonally across the shirt, while there is blue and white piping on the sleeves and neckline.

‘The sound of Z-Cars is synonymous with Everton and Goodison Park – and we’ve really missed the fans at our games over the past few weeks,’ said striker Dominic Calvert-Lewin after posing in the new kit.

‘I really like that the detail of the soundbar is woven into the shirt itself. Hopefully next season we’ll be wearing this kit and walking out to a massive roar at a packed Goodison Park as Z-Cars booms out.’

The kit is the first of Everton’s club record £30million, three-year deal with Hummel which was agreed back in May. 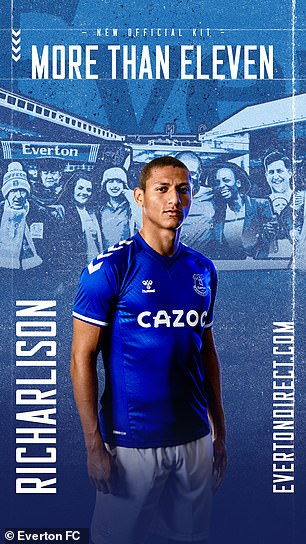 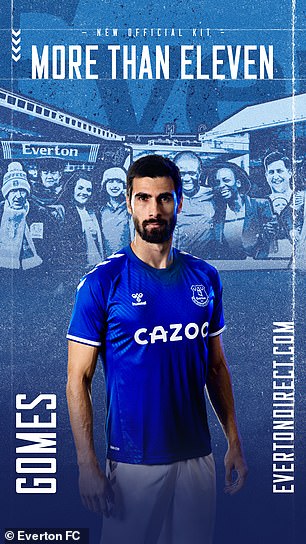 Speaking about the new strip, Allan Vad Nielsen, Hummel’s CEO, said: ‘We are very proud of our association with Everton and the Club’s legacy in English football. It was important to have this reflected in the first home kit whilst tapping into the iconic personality of the club.

‘The result is a pure and classic Everton shirt with subtle references to the match day experience at Goodison Park. We hope that the kit will be well received by all the Evertonians and we are looking forward to celebrating many victories together wearing the new jersey.’

First team stars Richarlison, Andre Gomes and Lucas Digne were also among those pictured wearing the kit, while Everton cult hero Thomas Gravesen, who hails from Denmark, features in the promotional video. 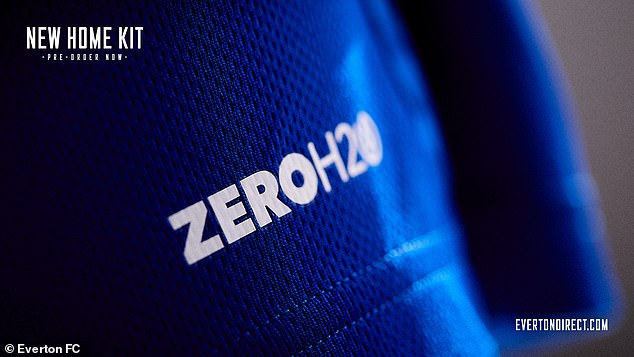 The kit will be made with Hummel’s ZEROH2O dry-dye technology, which ensures there is zero water consumption and zero wastewater during the dying process 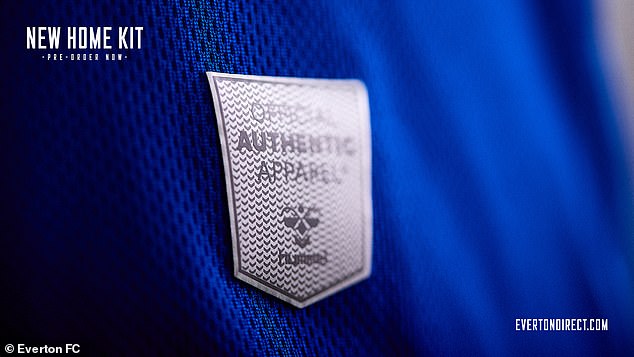 Fans can buy the new home strip from evertondirect.com from 8am on Friday, July 3

The home goalkeeper kit ditches the traditional long sleeves in favour of short ones following talks between No 1 Jordan Pickford and the Hummel officials.

‘I’ve loved having an input into how this year’s Goalkeeper’s kit looks,’ the England goalkeeper said.

‘The team at hummel really listened to what we like to play in, in terms of both colours and the short sleeve style.’

Everton will wear the new home strip from the start of the 2020-21 season. Fans can order it from evertondirect.com from 8am on Friday, July 3.

Borussia Dortmund chief provides new Jadon Sancho to Man Utd transfer update
Liverpool 'very close' to deal for Bayern Munich's Thiago Alcantara
Best News
Recent Posts
This website uses cookies to improve your user experience and to provide you with advertisements that are relevant to your interests. By continuing to browse the site you are agreeing to our use of cookies.Ok