Former Tottenham defender Jan Vertonghen is having a medical at Portuguese giants Benfica on Thursday.

The 33-year-old left Spurs earlier this summer after eight years and 315 appearances in north London.

Competition for the Belgian defender’s signature was high, with Italian sides Roma, Lazio and Inter Milan all keen for Vertonghen’s signature. 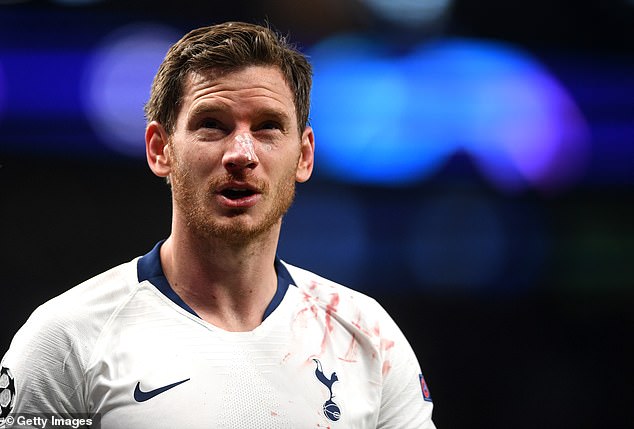 And the defender is having his final medicals checks with Benfica before signing a three-year deal with the Portuguese club.

Vertonghen arrived at Tottenham in 2012 for a deal believed to be around £10million and became a mainstay in the Spurs defence throughout his time in London.

Upon announcing his departure from Spurs the 33-year-old said: ‘So my time at the club comes to an end. A sad day for many reasons. 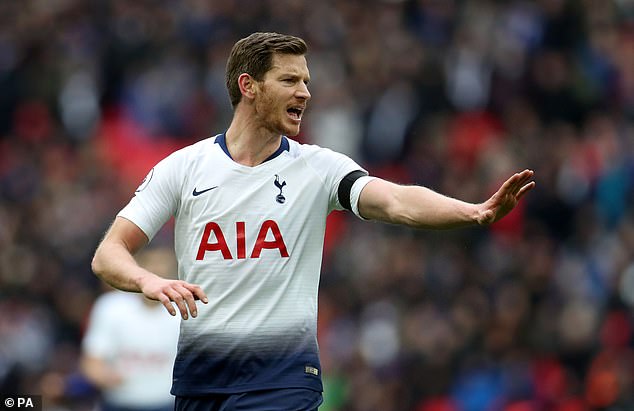 ‘I will miss the friends I’ve made here, the staff that make the club run, playing at the amazing new stadium & of course you fans.

‘Thank you for all the support over the years. You’ve been amazing. We had many unbelievable memories but for now, it’s goodbye.’

The Belgian had previously come through the ranks at Ajax, where he played over 200 times.

The 33-year-old left Tottenham without a trophy to his name though did guide the club to the 2015 League Cup Final and the 2019 Champions League final, both of which Spurs lost to English rivals Chelsea and Liverpool respectively. 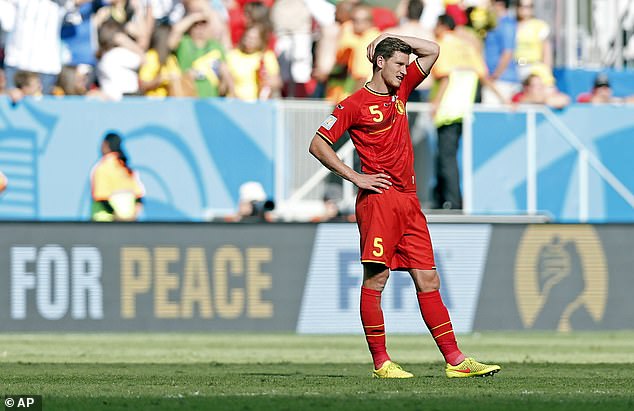 He also came close to a winners’ medal in the 2018 FIFA World Cup with Belgium, but had to settle for a bronze medal after his country lost to eventual winners France in Russia.

The experienced defender will be hoping for better luck with trophies when he completes his transfer to Benfica, who finished as runners-up in the Portuguese top-flight.

Vertonghen will be the Portuguese club’s fourth signing of the summer after completing deals for Brazilian trio Helton Leite, Gilberto and Pedrinho.

Covid tests for fans may be key to raising football crowds to 10,000

Ismaila Sarr gives verdict on Liverpools and Watford future amid transfer links
Chelsea and Man City ‘contact Fernandes’ agent’ as Arsenal submit second offer
Best News
Recent Posts
This website uses cookies to improve your user experience and to provide you with advertisements that are relevant to your interests. By continuing to browse the site you are agreeing to our use of cookies.Ok