‘I wanted to stop coaching De Gea’: Ex-Manchester United goalkeeping coach Emilio Alvarez accuses No 1 of a ‘lack of loyalty’ and insists he chose to leave Old Trafford after star renewed his contract behind his back

Former Manchester United goalkeeping coach Emilio Alvarez has hit out at David De Gea over claims the No 1 was disloyal.

Alvarez, who departed Old Trafford last year, was brought in by Jose Mourinho in 2016 to help keep De Gea at the club. 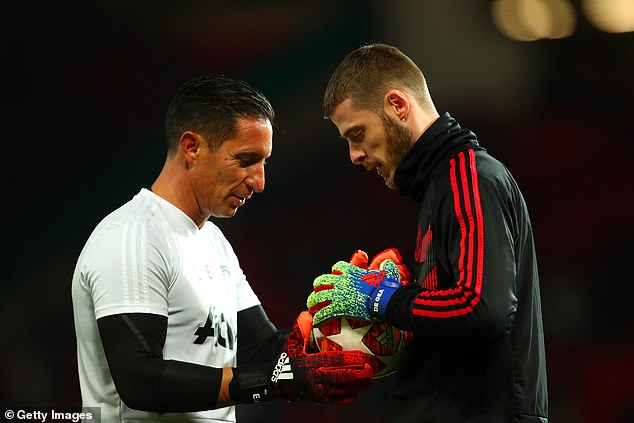 Alvarez has said De Gea’s decision to leave his agent Jorge Mendes, who also looks after Cristiano Ronaldo, without telling him was the reason he left United.

Alvarez, who also worked with De Gea at Atletico Madrid, told AS: ‘After almost three years with lots of work and meetings with United to renew him and to make him the best-paid player in the world, I learned that he had renewed behind my back

‘Honestly, it felt like a lack of loyalty. During negotiations, he also had a falling out with the person who had carried out all the talks in order for him to be paid what he was paid. 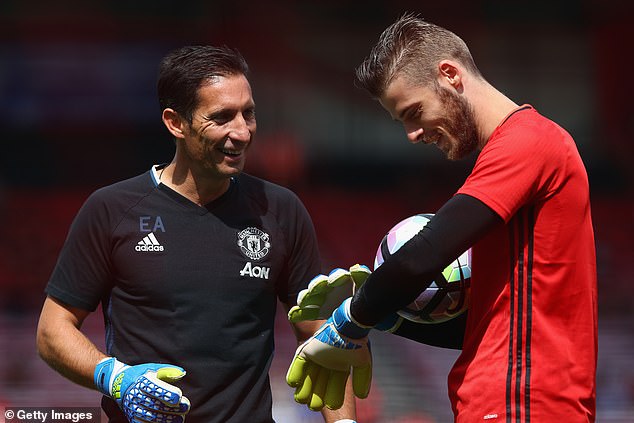 ‘I told them I was going but not because I wanted to leave United. I wanted to stop coaching De Gea.

‘Aside from being his mentor at Atlético Madrid, where I backed him strongly, I was the person who convinced him to sign for United. I was his right-hand man in Manchester.

‘I came to United thanks to the great work of Jorge Mendes and because Mourinho wanted to sign me to help David develop and to keep him at the club. At that moment, he wanted to leave United.’

Ajax and Celtic 'monitoring situation of West Ham's Grady Diangana'
Rabbi Matondo: Schalke player warned after training in Dortmund shirt with Jadon Sancho’s name
Best News
Recent Posts
This website uses cookies to improve your user experience and to provide you with advertisements that are relevant to your interests. By continuing to browse the site you are agreeing to our use of cookies.Ok