Patrice Evra made a mockery of comedian Lee Mack with a sublime piece of skill during Sunday night’s 2020 Soccer Aid match.

The Frenchman returned to Old Trafford for the charity game having completed a stellar eight years with Manchester United, claiming 10 pieces of major silverware between 2006 and 2014.

The 39-year-old, who primarily played as a left-back during his career in the top flight, took on Mack on the right hand side of the pitch and embarrassed him by playing the ball through his legs for a marvellous nutmeg. 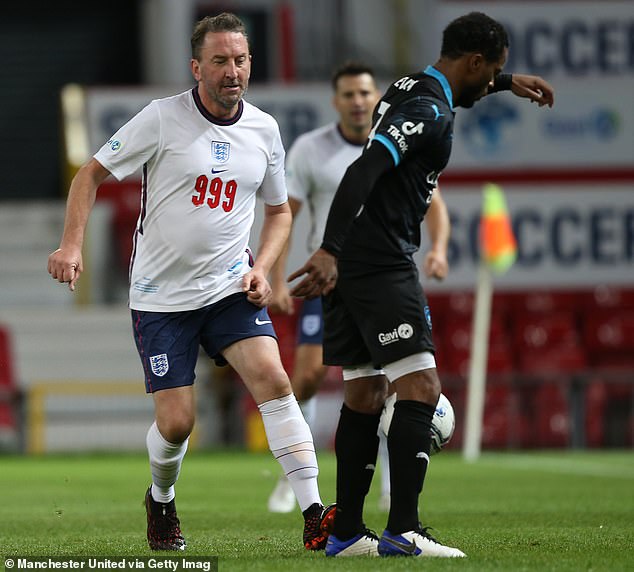 Having lined-up opposite Mack while playing for the World XI, Evra decided to take the amateur on one on one.

The five-time Premier League winner performed what looked like a conventional step over before slotting the ball through Mack’s legs.

The former France international then darted around the celebrity to continue in the attack, leaving Mack with his tail between his legs.

Evra took to Twitter to share the humiliating clip saying: ‘Sorry Lee Mack! The main thing is we raise lots of money from soccer aid and of course we win the trophy too.’

Fans were quick to respond to the 39-year-old’s skill, taking to social media to praise Evra and mock Mack.

One fan wrote: ‘Nothing quite sums up English frustration more than watching Patrice Evra skin Lee Mack, and hearing Bradley Walsh complain from the touchline’.

While another one added: ‘Patrice Evra with THE MOST DISRESPECTFUL nutmeg on Lee Mack ffs that was insane.’

Some supporters even called for Manchester United manager Ole Gunnar Solskjaer to lure Evra back to Old Trafford.

Unfortunately for the comedian, that wasn’t his only embarrassing moment during Sunday’s charity match. 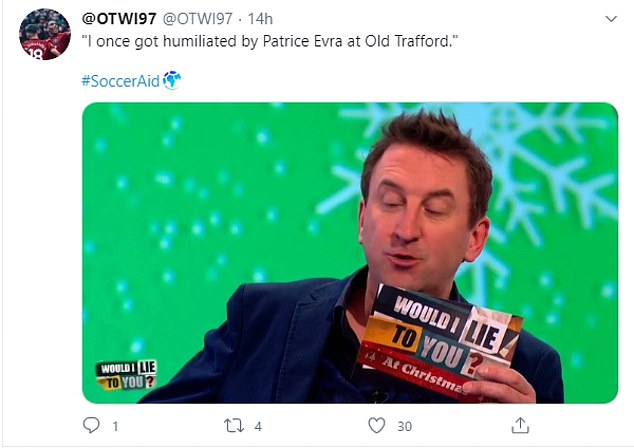 Unfortunately for the comedian, that wasn’t his only embarrassing moment during the game

With game finishing 1-1, it went to penalties. Mack, who has played in Soccer Aid’s charity match on several occasions, stepped up to take a penalty for England for a third year in a row.

However, three was certainly not a charm as the 52-year-old missed for a third consecutive year.

The game may have been damaging to Mack’s pride, but Soccer Aid raised a record £11,552,577 – the most the match has ever generated in the history of the show.

Having officially retired from the top-flight last summer, Evra was recently spotted playing at left back for Brentham FC, who compete in the 11th tier of English football in the Middlesex County League.

Footage of the Evra surfaced on social media and once again showed that he has lost none of his skill. 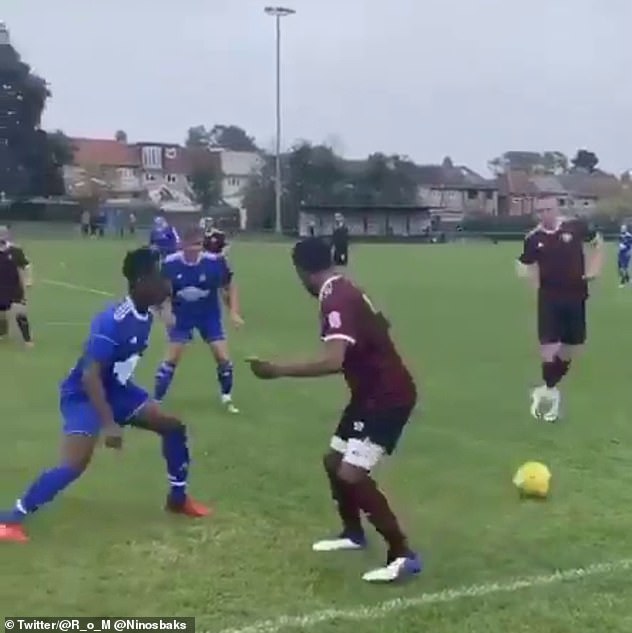 Evra was recently spotted playing for Brentham FC, who compete in the 11th tier the EFL

Man City players Riyad Mahrez and Aymeric Laporte test positive for coronavirus
Man Utd fans adamant Mason Greenwood has just confirmed next transfer by mistake
Best News
Recent Posts
This website uses cookies to improve your user experience and to provide you with advertisements that are relevant to your interests. By continuing to browse the site you are agreeing to our use of cookies.Ok