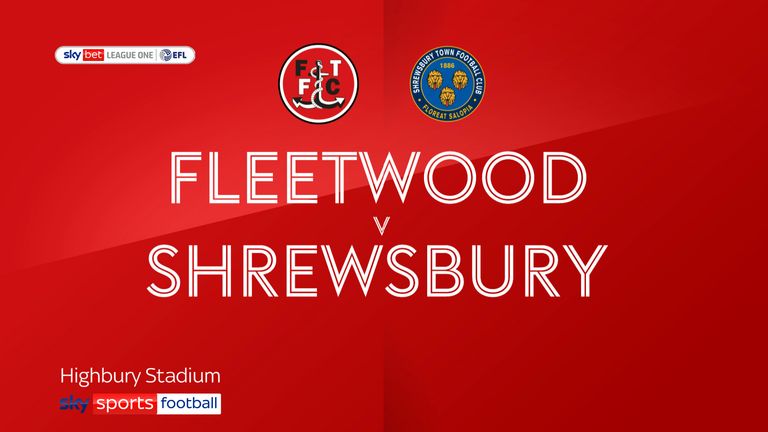 Last season’s League One play-off semi-finalists notched a second straight win on a night when they ought to have scored more than just one.

The Shrews threatened early on when Marc Pugh – making his second debut for the club – saw a deflected effort saved well by Jayson Leutwiler.

The hosts then took the lead when Danny Andrew drilled in a low cross which was met by Welshman Evans, who side-footed his fourth goal of the season smartly across keeper Harry Burgoyne and into the far corner from 18 yards.

Burgoyne was again called upon soon after the restart when he kept out substitute Callum Camps’ well-directed effort.

Evans was denied a second in the 68th minute as his deflected effort was headed off the line by Marlon Fossey.

Football's video analysis revolution: From the top clubs to the masses

Fabinho suffers injury during Liverpool's Champions League game with Midtjylland
Brentford 1-1 Norwich: Kenny McLean earns late point for Canaries
Best News
Recent Posts
This website uses cookies to improve your user experience and to provide you with advertisements that are relevant to your interests. By continuing to browse the site you are agreeing to our use of cookies.Ok