Tariq Lamptey hopes his Brighton debut will be the first of many Premier League starts after matching a Harry Kane record on Tuesday.

Having started the season with Chelsea, the 19-year-old became just the second Premier League teenager to play for two clubs in one campaign after the Tottenham striker appeared for the north London side and Norwich City during the 2012-13 season.

Lamptey joined the Seagulls on a permanent three-and-a-half year deal in January following an undisclosed move from Stamford Bridge in a bid to secure more first-team football. 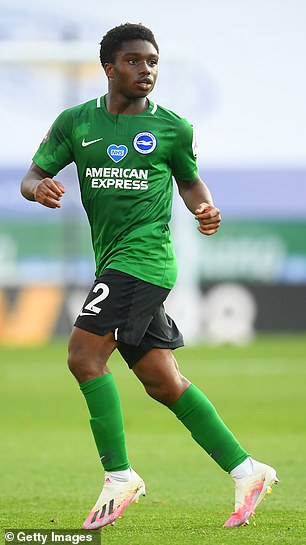 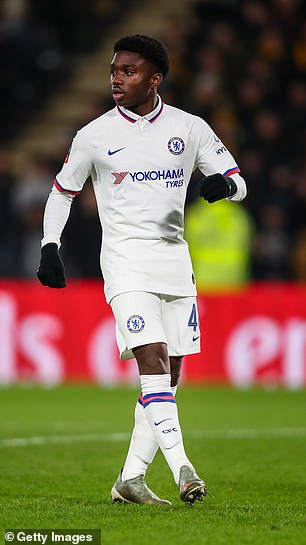 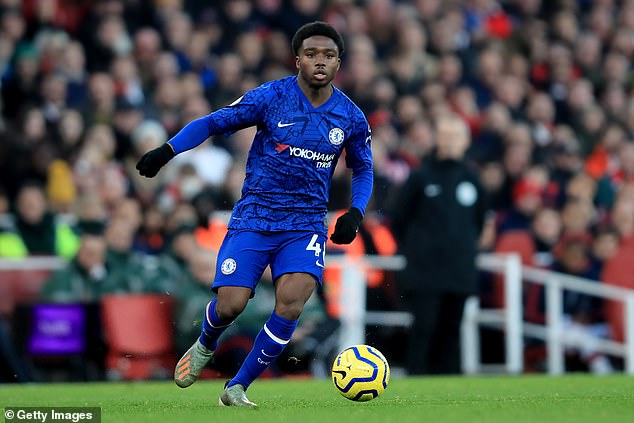 His only Premier League appearance for Chelsea this season came at Arsenal in December when with half-an-hour to go he replaced Fikayo Tomori as the Blues came from a goal down to secure a late 2-1 victory.

The Blues were keen to keep the promising full-back but Brighton boss Graham Potter’s promises of more first-team action this season swayed the youngster who is capped at Under 20 level for England.

Lamptey marked his Seagulls debut with a clean sheet after impressing in a 0-0 draw with Leicester. 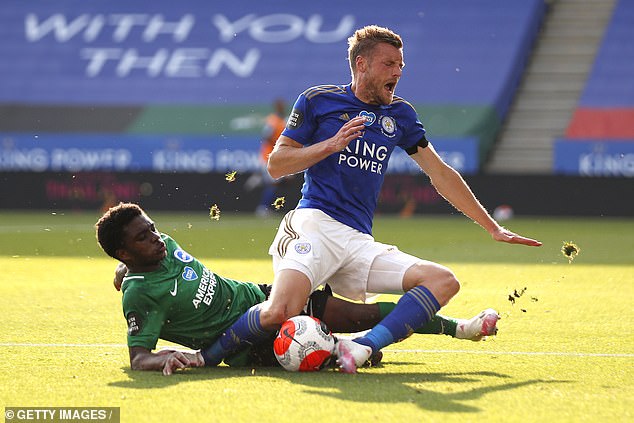 After thanking Potter and his team-mates for allowing him to settle, he admitted it was unfortunate not to mark the occasion with a victory, after Neal Maupay’s first half penalty was saved by Kasper Schmeichel.

‘I think I did well,’ Lamptey told Sky Sports. ‘I want to say thank you for the gaffer and the team. They help me a lot. Hopefully the first of many (starts).

‘Things happen and you have to take the game as it goes. We had a good chance (Maupay’s penalty), we missed it but dug deep and got the draw.’ 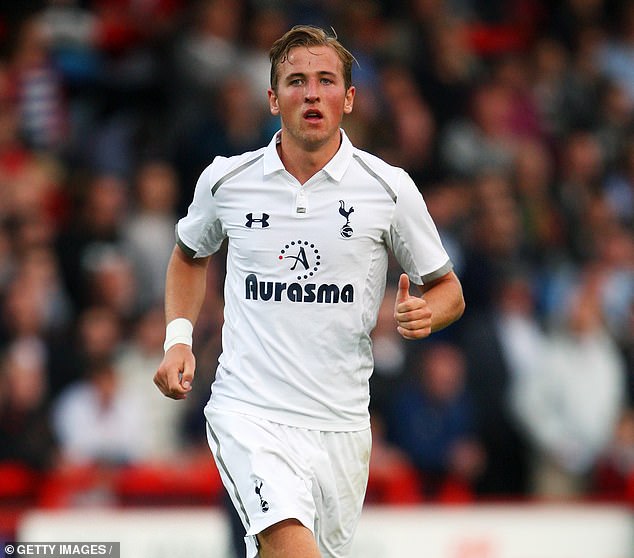 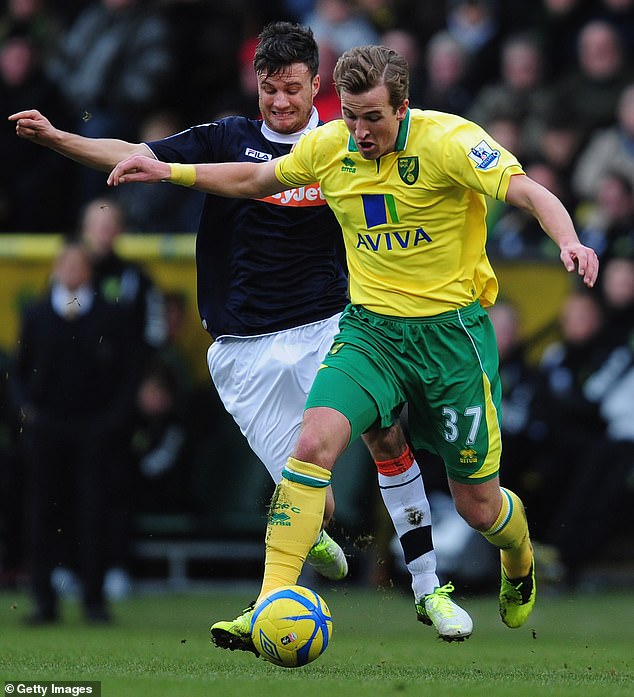 The striker then joined Norwich City on loan, appearing three times up until January 1, 2013. Kane is pictured playing for the Canaries in an FA Cup tie against Luton Town

Lamptey came into a Brighton team that have impressed since the resumption of the Premier League post-lockdown, taking four points from six having defeated Arsenal 2-1 on Saturday.

It means the relegation threatened Seagulls have built up a six-point gap over the bottom three and the defender hopes that the hard work put into training can help when they take on Manchester United, Liverpool and Manchester City in three of their next four games.

‘I think it shows the hard work everyone did over lockdown, when we got asked to do it, we did it.

‘Everyone worked so hard in training and in general. The tempo has been high, we can go the full 90 minutes and we are doing everything the gaffer wants us to do. I think the training has showed in the game.’

Arteta lifts lid on mood in Arsenal dressing room as he admits stars are "upset"
Man Utd transfer news – Bellingham set for Dortmund, Sancho waiting game
Best News
Recent Posts
This website uses cookies to improve your user experience and to provide you with advertisements that are relevant to your interests. By continuing to browse the site you are agreeing to our use of cookies.Ok