‘He’s got so much talent and he can get better and better’: Frank Lampard backs Christian Pulisic to become a key player for Chelsea after stunning goal in win over Manchester City

Frank Lampard believes Christian Pulisic will only get better as he continues to settle into life in the Premier League.

The USA international scored a brilliant solo goal in Chelsea’s 2-1 victory over Manchester City on Thursday night, having also netted after coming off the bench in Sunday’s 2-1 win at Aston Villa.

And Lampard, who rewarded Pulisic with a start at Stamford Bridge, is confident that the 21-year-old will develop his game further after a mixed first season in England. 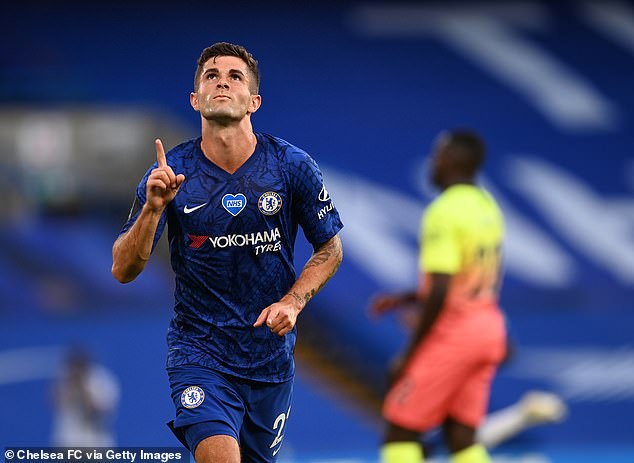 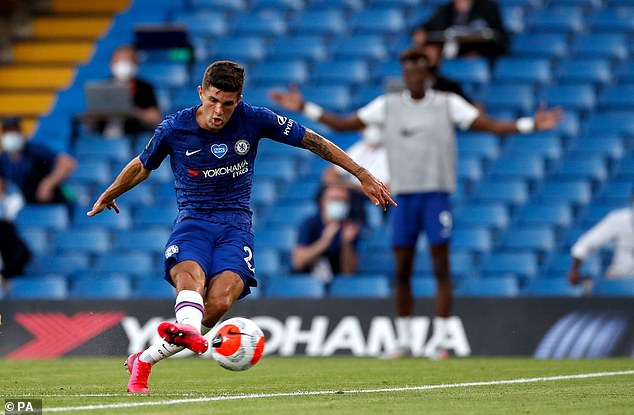 ‘Christian came in last summer,’ Lampard said after his side handed Liverpool the Premier League title with a win over Pep Guardiola’s men.

‘Lot of talk about it. He didn’t really get a break when he got in the team. He was playing really well and gets a really tough injury.

‘I wanted to protect him a bit against Villa, see that he could make an impact. He did that.

‘I always planned to start him against Man City because I know what he can bring in these sort of games and he brought it. He did really well.

‘He needs to keep working, he’s a young player but he’s got so much talent and he can get better and better.’

Chelsea remain on course for a Champions League spot, but Lampard insists they still have plenty of work to do in order to mount a title challenge next term. 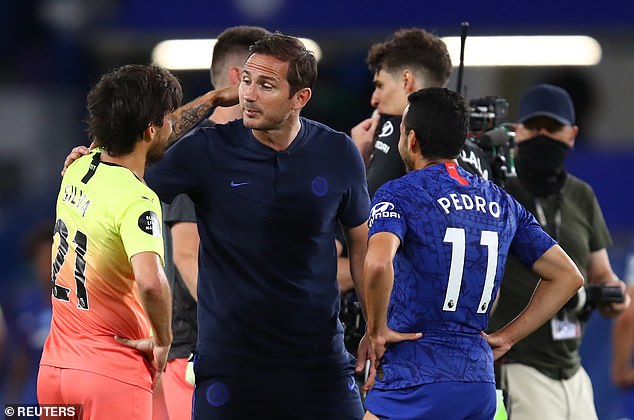 ‘There is a clear gap and it won’t happen overnight with one or two signings,’ he added. ‘There’s a lot of work that needs to be done.

‘Liverpool and City have been works in progress for a few years now and they are getting a lot of success, a bit of success now.

‘I’m not getting carried away. We can get better. We can be better on the ball. We can have more possession.’

Jurgen Klopp gets his moonwalk moment as he leads Liverpool to first Premier League title
Solskjaer sends message to Jurgen Klopp after Liverpool win Premier League
Best News
Recent Posts
This website uses cookies to improve your user experience and to provide you with advertisements that are relevant to your interests. By continuing to browse the site you are agreeing to our use of cookies.Ok