Frank Lampard is praying Chelsea can conclude a quick deal for Kai Havertz following Bayer Leverkusen’s exit from the Europa League. The Blues are desperate to add the Germany international to their ranks but have yet to agree a transfer fee.

Chelsea have identified Havertz as their top target after completing deals for Hakim Ziyech and Timo Werner before the summer window officially opened.

Leverkusen, who are looking for a deal worth £90million, were refusing to do business while they remained active in the Europa League.

But Monday’s 2-1 defeat to Inter Milan saw Die Werkself exit the competition at the quarter-final stage, removing one of the final obstacles in Chelsea’s way.

Stamford Bridge bigwigs are hoping to land Havertz for £70m, which is likely to be one of the highest fees paid out in this transfer window due to the financial impact of the coronavirus crisis. 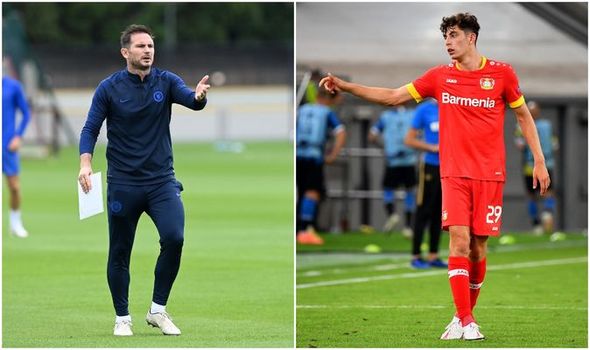 The speed of the switch is key for Lampard, however, due to the short turnaround time between seasons.

The Chelsea manager wants Havertz to have as much time as possible to settle before the new season, which is scheduled to start on September 12.

A deal for Havertz would take the club’s summer spending rocketing past the £150m barrier.

But Chelsea are not planning to stop there.

The rearguard is in desperate need of strengthening after conceding the most goals of any team to finish in the Premier League top 10 last term.

According to the Evening Standard, Chelsea are looking to sign a new goalkeeper and left-back.

Kepa Arrizabalaga has failed to impress between the sticks, despite being the world’s most expensive goalkeeper.

A string of stoppers including Nick Pope, Andre Onana, Dean Henderson and Jan Oblak are on the radar. 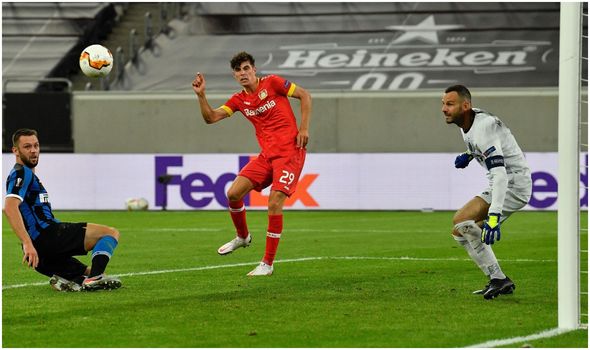 The left-back position has also been problematic due to Marcos Alonso and Emerson Palmieri rotating throughout the course of the campaign.

Ben Chilwell is the man Lampard would like but Leicester City are demanding up to £80m.

Everton prepared to accept £7.2m transfer as Premier League rivals plan summer bid
Chelsea express interest in Chilwell alternative but Barcelona and Atletico also keen
Best News
Recent Posts
This website uses cookies to improve your user experience and to provide you with advertisements that are relevant to your interests. By continuing to browse the site you are agreeing to our use of cookies.Ok