At a time of the year when players aren’t at a physical peak, and have so many distractions, there’s one thing that naturally stood out for Gareth Southgate this week: mental focus. He pointed to the example of Raheem Sterling, but for reasons beyond his match-winning penalty against Iceland.

“It would have been very easy to have another few days on the beach, not report in, get himself right for his club at the beginning of the season,” Southgate said of his star. “His mentality the whole week has been exceptional. Desperate to be here, desperate to play, desperate to stay on…”

The manager feels that has had an effect on the squad, which translated into England’s 1-0 triumph on Saturday. The contrast with the Euro 2016 match against Iceland has now been made. England, this time, kept composed. That ran right through the team, and came amid more complications than just the Icelandic defence.

Take Jadon Sancho, who has been enduring a distraction even more specific to this period. His mind might easily have been elsewhere as Manchester United resurrect interest, but there wasn’t a bit of it. The Borussia Dortmund forward was one of England’s more effective performers on the night, setting up one of their best chances.

“I think he’s coped really maturely with the transfer speculation,” Southgate said. “His club are really pleased with his approach to training, in the friendly matches they’ve had he’s done well.

“He is a real talent and I think as he matures and continues to learn the game, he’ll only get better.”

There was then his potential team-mate at United, another debutant to go with Phil Foden in Mason Greenwood.

“He has settled in really well. It is the first chance I have had to work with him. His maturity in the training sessions and around the group has been exceptional. It is hard to believe he is only 18 really. Difficult circumstances to come into the game tonight – down to 10 men and a bit more defensive responsibility. But we wanted to keep the three forward players on to give us that threat and to keep driving the game forward. We still had the majority of the game even with 10 men. We have been very impressed with everything he has done.”

It made it all the more conspicuous that one of the lapses on the night came from one of the more experienced players. Southgate was notably critical of the rashness of Kyle Walker in getting himself sent off, pointing to the unnecessary nature of his challenge. The England manager nevertheless insisted it would not see Walker punished.

While Southgate’s stint as under-21 manager saw some players dropped for unnecessary dismissals, he insisted any such decisions were for more reasons than the red cards. 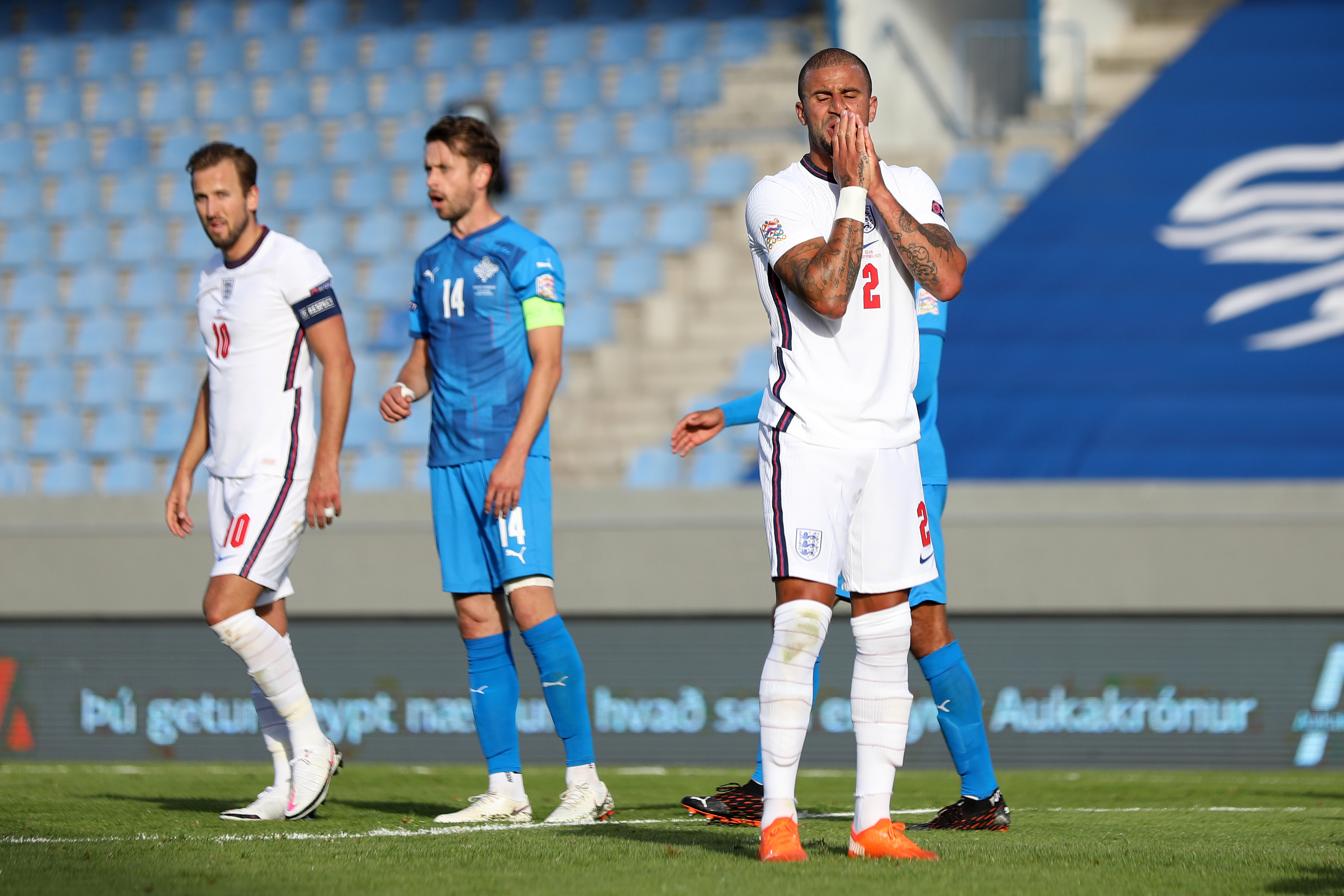 “He knows he made an error tonight that shouldn’t have happened and he’s been very open and honest about holding his hands up to that. He’s still a very experienced player. There is competition for places. I think Kieran Trippier did an excellent job at left-back. He was defensively very solid, used the ball securely and allowed to keep our midfield players a bit higher and our wingers wider, so yes, there are other players in those positions, there is that competition. I’m certainly not going to rule… Kyle knows he’s made an error tonight, but I am not going to rule him out in the long term on that one moment.

“We wouldn’t have brought Kyle back into the squad if we didn’t think he could do the job, and his form for the team who have been the best in England, or the equivalent best in England over the previous two years, and this season was very, very good.

“I think players I’ve left out previously from any squad won’t have been because of just one situation, so I think we were very conscious with the under-21s to talk to the team about discipline, because we’ve learned what had happened with the seniors in the past. The same applies to tonight. It’s the first time we’ve had a red card in the four years and it makes the game so difficult, when you’re in the ascendancy, it shifts the momentum and it could have cost us the game on the night.

“We got away with it, but it’s something all of the players… it’s a good way to learn, to still win the game but to have to hammer those points home, because it’s critical.” 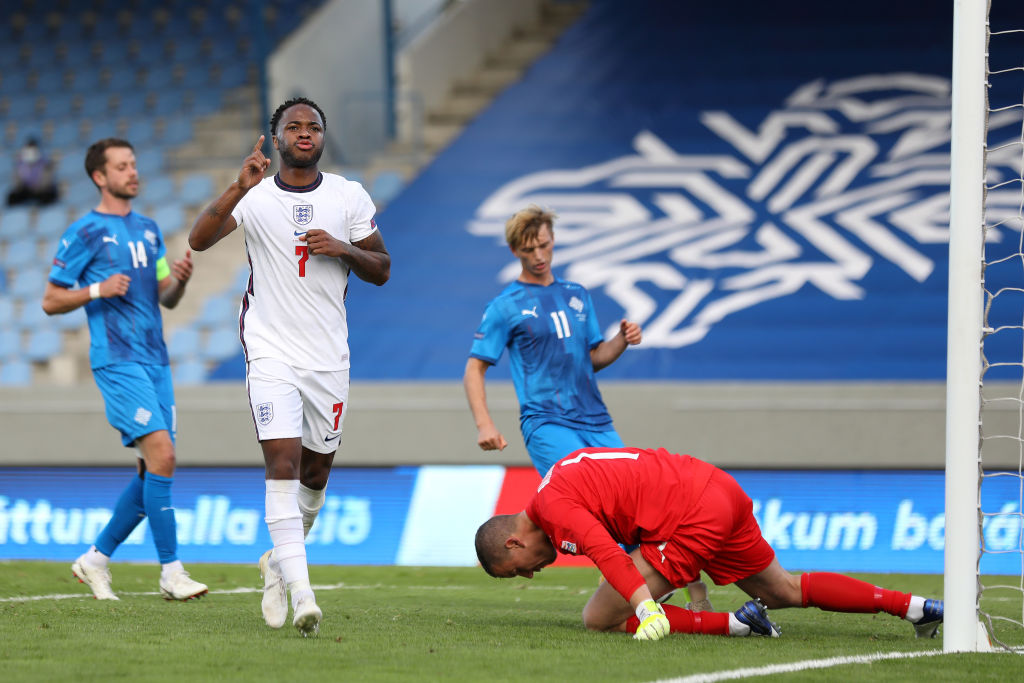 And there’s no greater player for the critical moment right now than Sterling.

“I can’t speak highly enough of him really,” Southgate said. “I thought he carried the fight when we went down to 10 men, and he took the responsibility of the penalty, and I thought it was outstanding character throughout. He really is… his desire to win and succeed is exceptional.

“I thought with [Kevin] De Bruyne he was the outstanding player in the Champions League game where they went out [against Lyon], and he’s just been relentless. And I think, as I’ve just said there, his hunger to score, his hunger to win things, his hunger to drive himself, you really can’t underestimate it. It has a massive impact on everybody around him and really has taken his game to another level.”

5 things you might have missed from Soccer Aid 2020
Liverpool told why it is ‘perfect time’ to sign Thiago Alcantara
Best News
Recent Posts
This website uses cookies to improve your user experience and to provide you with advertisements that are relevant to your interests. By continuing to browse the site you are agreeing to our use of cookies.Ok