Gareth Southgate fears that England’s young internationals are cashing in on the goodwill built up by their predecessors at the 2018 World Cup. Tammy Abraham, Jadon Sancho and Ben Chilwell face a race against time to be included even for Sunday’s UEFA Nations League clash with Belgium having been written out of the Wales friendly on Thursday night after breaking COVID-19 guidelines to attend a surprise birthday party for Abraham on Saturday.

The group will be tested today and Southgate has already warned that unless they are cleared to join the main squad on Friday, they will only be in contention for Wednesday’s game against Denmark.

Harry Kane led the discussions at a group meeting called on Monday night to discuss the latest issues after Phil Foden and Mason Greenwood were dropped from the squad for breaking pandemic guidelines at the previous international gathering a month ago.

And Southgate is concerned that England’s young players are busy undoing the good work that was put in during the build up to the World Cup in Russia to make the country proud of its young footballers once again.

“What we feel we needed to address as a group of staff but also senior players in particular that we don’t want our good work that’s gone on to start to unravel,” Southgate said.

“We have worked very hard on over the last three or four years to bring back the connection with the fans. 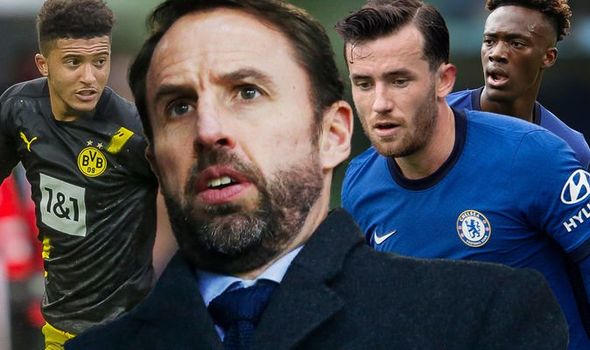 “Key to that has been the contribution of the players who have been with us, but we have just 10 with us this time who were with us in Russia.

“Some of the younger ones haven’t done that yet with England. They don’t have that credit in the bank. They have to prove themselves and they need to remember that it is an honour to play for England.

“All these things play a part in your thinking when we are selecting squads moving forward.”

Ever one to put a brave face on things, Three Lions head coach Southgate is pleased at least that all his off-the-field nightmares are coming to haunt him now.

The man who never wanted the England job in the first place has had plenty of cause to revisit that reluctance in recent camps.

A casino night, a clandestine COVID-breaking rendezvous in Iceland and now a surprise birthday party where the biggest surprise was how anybody thought it would be a good idea in the first place.

Each has been dealt with; the Euro 2020 project will move on. Abraham, Sancho and Chilwell will be back later this week; Foden and Greenwood are set to return next month.

The straw that Southgate is clutching to as he is forced to front up to indiscretion after indiscretion is the fact they are all taking place now rather than next May when the countdown to a long-awaited home finals really begins in earnest.

“If you are going into major tournaments and have those sort of incidents they can derail you,” Southgate warned.

“I have seen that in the past. That wasn’t the case ahead of russia we went in in a very calm state and that allowed us to focus on our football.

“I saw other teams not in that position and it had a real detrimental effect to how they were able to go into the tournament.

“What we did at the beginning of the week was have a good meeting with all of the players, I felt, where we talked about the responsibility of being an England player. How the spotlight is different.

“When the story was in the paper earlier of the week there was no mention of the clubs the players played for it was cast as England players even though they weren’t with us.

“That is the landscape we work in and players have to realise that whether they have one cap or 50 caps.

“There is a big thing for us that when these sort of things happen it takes a lot of focus and time and energy away from the team.

“We cannot afford that. We need the focus to be on the games. Players that have been within the camp are 100 per cent focused on the game, their attitude throughout the week has been excellent their approach to training has been top.” 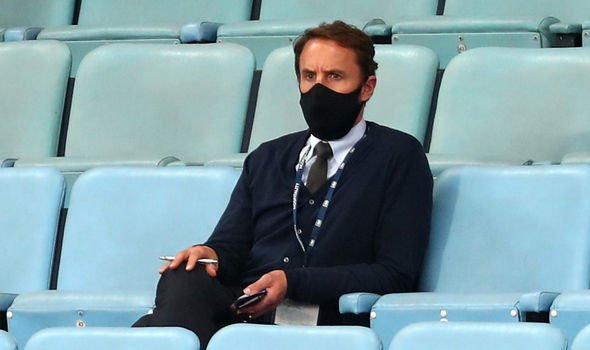 If anything, the Wales friendly is rapidly turning into the sort of neighbourly gathering that is rather frowned upon in the current climate.

Southgate forgave Jose Mourinho for calling him “Gary” and will take on board his plea regarding Harry Kane, and indeed many of the players expected to start on Thursday night will be on the fringes of Southgate’s final Euro 2020 squad, let alone his team.

That said, England have not succumbed to Wales since Mark Hughes scored the only goal of the game on his debut in 1984 and Southgate was keeping his cards close to his chest about what his team would actually look like.

“I’m not going to say who my captain is because I don’t want to give Ryan Giggs, their manager, my team,” he said.

“The opportunity for young players is really important. Ideally you would only be blooding a couple at a time in a game and we are very conscious that we are having to do a few more because of the three matches to make sure physical loading for everybody is right.”

Pickford set to be ousted by Pope as England's No.1 goalkeeper

Amad Diallo shares Pogba throwback as he sends first message to Man Utd fans
Gareth Southgate insists England will stick with 3-4-3 formation
Best News
Recent Posts
This website uses cookies to improve your user experience and to provide you with advertisements that are relevant to your interests. By continuing to browse the site you are agreeing to our use of cookies.Ok