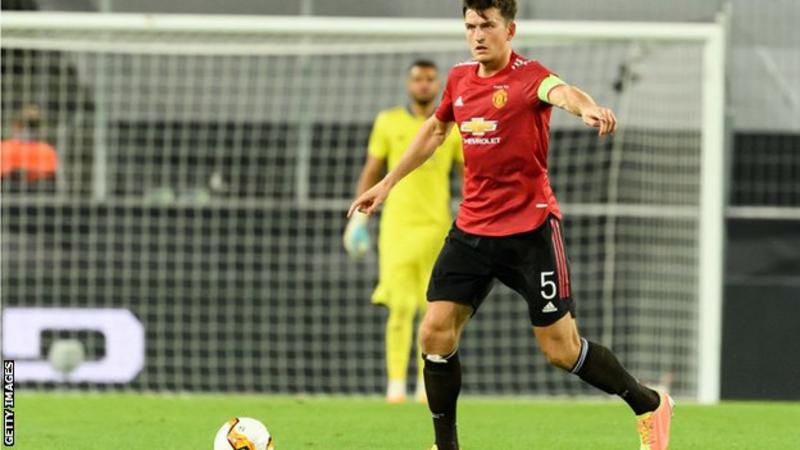 Harry Maguire is likely to remain as Manchester United captain for the upcoming season.

He was given a jail sentence of 21 months and 10 days, which is suspended for three years, after an altercation on the Greek island of Mykonos.

Maguire, 27, is appealing against the sentence.

The England defender was named United’s permanent captain in January following the departure of Ashley Young to Inter Milan.

On Tuesday, Maguire was named in the England squad for September’s Nations League matches against Iceland and Denmark.

But he was withdrawn from the squad a few hours later after he was found guilty of repeated bodily harm, attempted bribery, violence against public employees and insult following his arrest last week along with brother Joe, 28, and family friend Christopher Sharman, 29.

Both Joe Maguire and Sharman were sentenced to 13 months in prison, also suspended for three years.

All three men denied all charges.

After the verdict of Maguire’s trial, Manchester United released a statement confirming his intent to appeal, adding that he continued to “strongly assert his innocence”, with his legal team wanting “a full and fair hearing at a later date”.

Harry Maguire’s brother insists there will be "no apology" despite lawyer advice
Inside Mikel Arteta’s Arsenal revolution as Gunners boss puts his stamp on club
Best News
Recent Posts
This website uses cookies to improve your user experience and to provide you with advertisements that are relevant to your interests. By continuing to browse the site you are agreeing to our use of cookies.Ok