Harry Maguire has appeared to reiterate his innocence following his charge for assault by posting a cryptic social media message, quoting Buddha to say “the truth” cannot be hidden.

The Manchester United captain intends to appeal his suspended 21-month jail sentence following his conviction for aggravated assault, resisting arrest and repeated attempts of bribery at a Greek court on Tuesday. Maguire, 27, was involved in a late-night incident in Mykonos last week alongside his brother, Joe, and friends, which resulted in his arrest.

Maguire was handed a prison term of 21 months and 10 days by a panel of three judges, who suspended the custodial sentence because it was his first offence.

The hearing commenced on Tuesday, although Maguire was not present after being released from custody over the weekend. His lawyer, Alexis Anagnostakis, attempted to postpone the trial, having only received the charge sheet two hours before the case began, but it went ahead as planned and Maguire was shown no sympathy by the judges.

The prosecution alleged Maguire, his brother, and another individual pushed police officers at the scene of the incident and attempted to break away in a van to avoid arrest, before arriving at the police station where Maguire allegedly said: “I am the captain of Manchester United, I am very rich, I can give you money, I can pay you, please let us go.”

However, Maguire has continued to stress his innocence and claimed he is a “victim” in a statement that he released following the verdict – which resulted in him being dropped from Gareth Southgate’s England squad that he named earlier in the day.

“Following the hearing today, I have instructed my legal team with immediate effect to inform the courts we will be appealing,” Maguire said. “I remain strong and confident regarding our innocence in this matter – if anything myself, family and friends are the victims.”

Maguire continued his efforts to push his innocence by posting a message on his Instagram page, which quoted religious leader and spiritual teacher Gautama Buddha.

The post read: “Three things cannot be long hidden – the sun, the moon and the truth.”

The same image appeared on his sister Daisy’s Instagram profile shortly after. 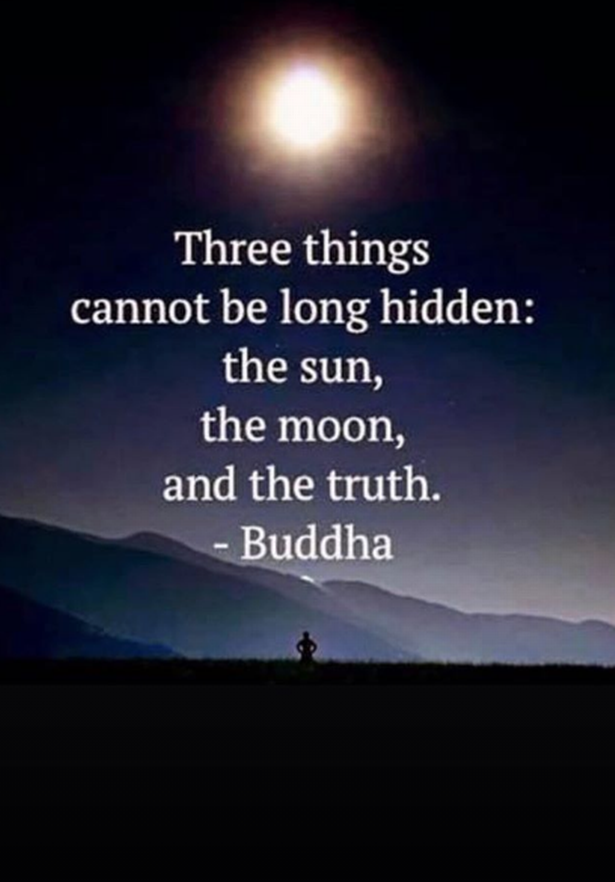 Maguire spent two nights in a police cell following the altercation, which is said to have been sparked after he was taunted by rival supporters. However, Anagnostakis, a leading human rights lawyer, claimed the brawl started after Maguire’s sister Daisy was injected with an unknown substance that they feared was a rape drug by two “Albanian” men, causing her eyes to roll back in her head and the English group to attempt to be driven to the nearest hospital.

During the trial, one of the on-duty police officers claimed he had to be treated with first aid after being forcefully pushed by Maguire, who had just been handcuffed. The officer sustained injuries to his back and leg and was injected with painkillers. One of the English group allegedly also said “f***, f*** the police” and punched an officer. A second police officer gave a similar account of the events.

Maguire’s defence claimed the English group were unaware the plain-clothed officers were in fact policeman, a claim that the prosecutor brandished as a “total lie” on Sky News following the verdict.

“It can’t be believed,” he said. ”They were taken outside the police station, there were police vehicles, they showed their police IDs. It was a total lie. How can you say ‘f*** the police to someone you think is not a policeman?” 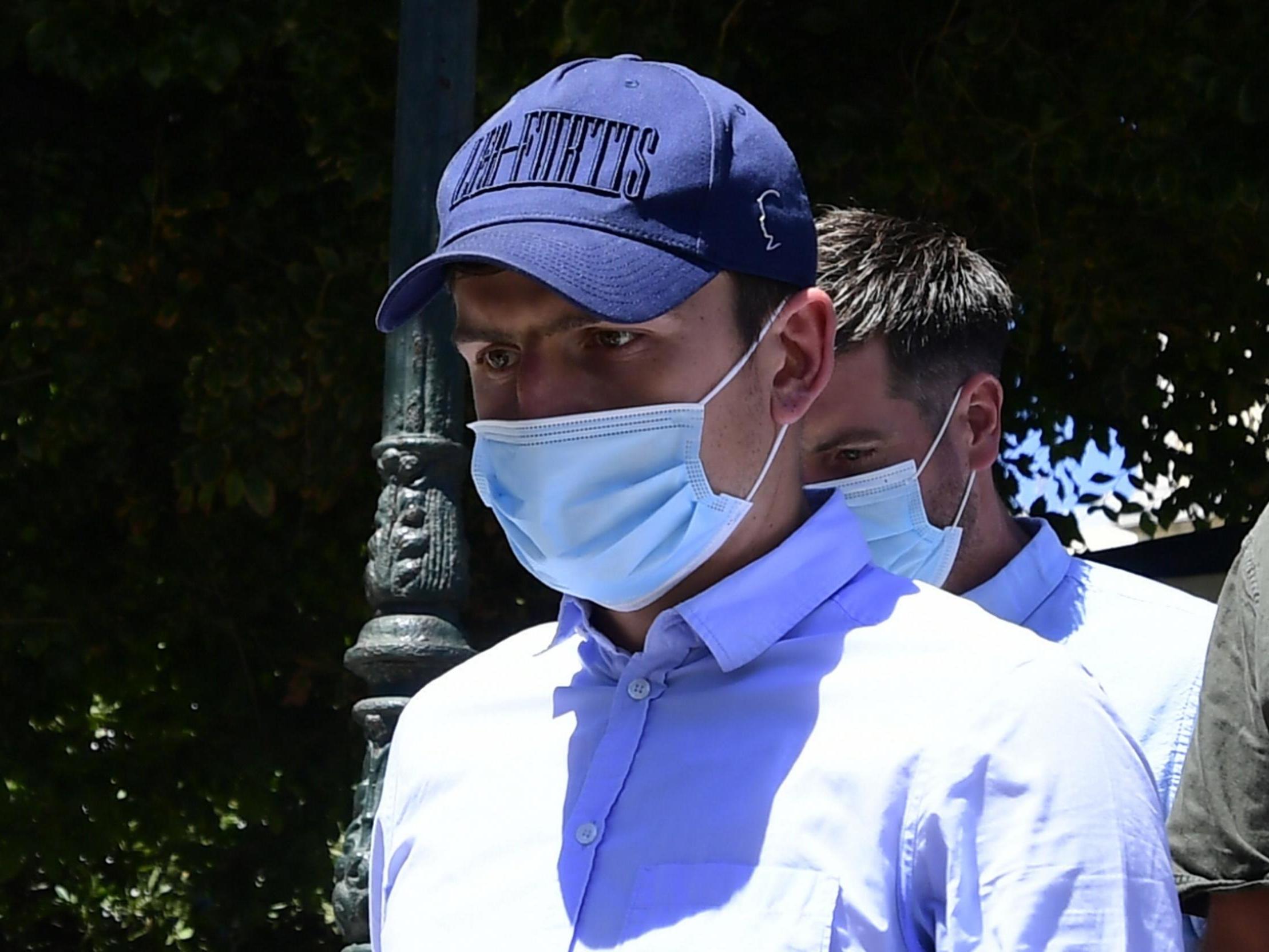 The trio were taken to a police station, where the repeated attempts of bribery are alleged to have taken place. The defence claimed Maguire was “kicked” by officers and told his “career was over” while in custody.

England manager Gareth Southgate had named Maguire in his squad on Tuesday afternoon, despite the fact that the case was still ongoing, but admitted his decision could change following the verdict and was ultimately left with no choice but to withdraw the defender.

A statement released by the Southgate read: “In light of this evening’s developments, I can confirm I have withdrawn Harry Maguire from the England squad for the matches against Iceland and Denmark.”

Manchester United also released a statement, citing the fact that Maguire continues to “strongly assert his innocence” and highlighted the lack of time the defence team was given to prepare for the trial.

“Manchester United notes the verdict of the Greek court today. Harry Maguire pleaded not guilty to all of the misdemeanour charges made against him and he continues to strongly assert his innocence,” the statement read. 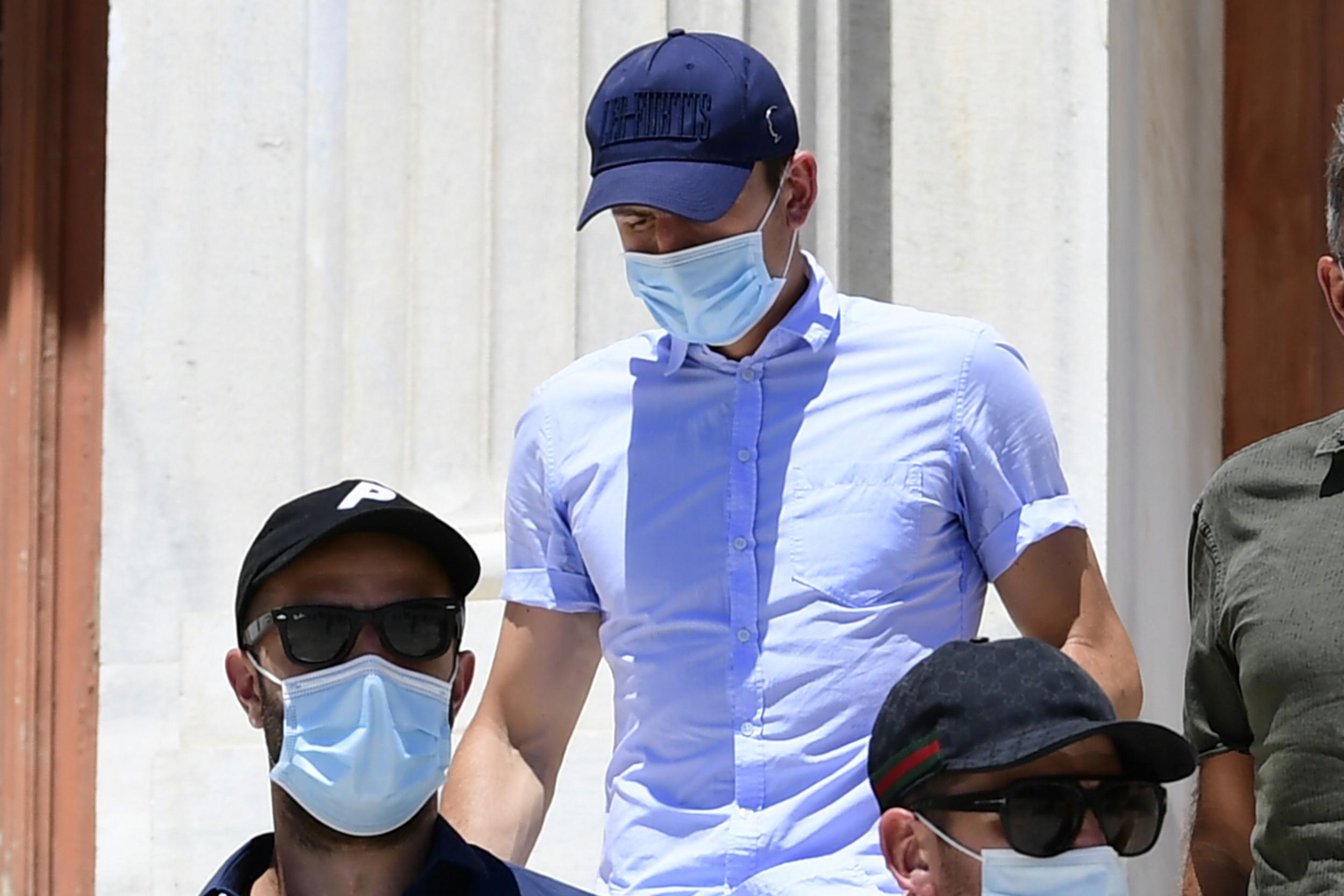 “It should be noted that the prosecution confirmed the charges and provided their evidence late on the day before the trial, giving the defence team minimal time to digest them and prepare. A request for the case to be adjourned was subsequently denied.

“On this basis, along with the substantial body of evidence refuting the charges, Harry Maguire’s legal team will now appeal the verdict, to allow a full and fair hearing at a later date.”

The best league in the world is back. Join The Independent for an online event, as our panel discusses the most uncertain start to a season in Premier League history. Click here to find out more and book your free ticket today.

Everton transfer news and rumours
Frank Lampard 'wants Thiago Silva to be Chelsea captain'
Best News
Recent Posts
This website uses cookies to improve your user experience and to provide you with advertisements that are relevant to your interests. By continuing to browse the site you are agreeing to our use of cookies.Ok