Arsenal boss Mikel Arteta will be hoping he gets the chance to bring in some new faces in the January transfer window. The Gunners have endured a mixed start to the season and the Spaniard would welcome a couple of additions to the squad as the club target a top-four finish.

Arteta’s side failed to kick on from the impressive 1-0 win on the road at Manchester United after losing 3-0 to Aston Villa before the international break.

It was a performance that highlighted the flaws in this Arsenal side, who struggle to find a way to win when Plan A fails to materialise.

Jack Grealish provided the perfect example of the sparkle Arsenal are missing in midfield.

It was a timely reminder of what they potentially could have had last summer after launching an enquiry. 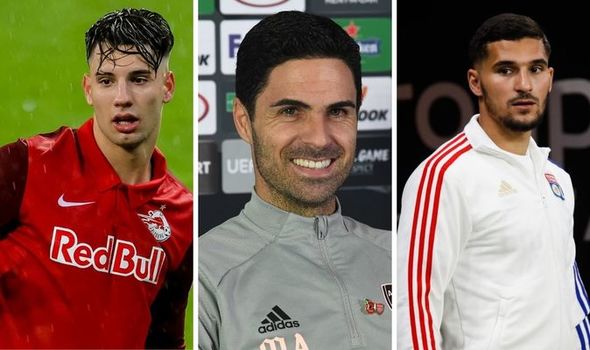 Nonetheless, Arsenal are expected to add more quality in midfield at the next given opportunity and the Gunners may just have found the perfect creative spark.

They are believed to be weighing up a move for Dominik Szoboszlai, who would immediately bring goals and assists to the side.

He would cost around £21million and the Hungarian would relish the role as Arsenal’s new No 10.

Although he likes to play from the left, he is capable of playing in the hole, where he has thrived for his country and Salzburg.

Should he arrived in north London, he could be part of a new-look midfield.

With Thomas Partey set to thrive in his box-to-box role, Arsenal still need a bit more control in the engine room.

Arteta’s preferred orchestrator is Houssem Aouar, who Arsenal narrowly missed out on this summer.

But should the funds be there, there is no doubt Aoaur will be on the agenda once again.

The trio have all the attributes to be amongst the best midfields in the Premier League. 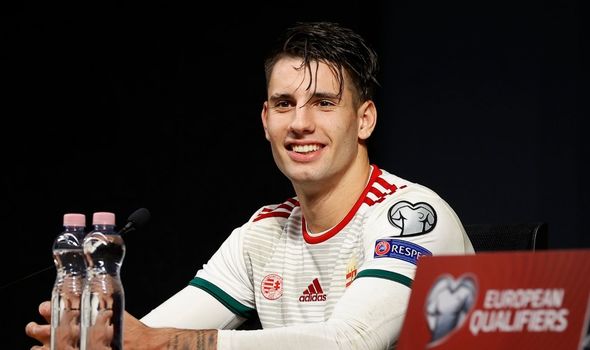 Pierre-Emerick Aubameyang will be licking his lips at the prospect of linking up with Szoboszlai while Alexandre Lacazette knows of Aouar from his time at Lyon.

Nicolas Pepe could begin to edge Willian on the right flank, if he is given a chance to play his way into form.

The midfield will also provide plenty of protection for the back four, made up of Kieran Tierney, David Luiz, Gabriel Magalhaes and Hector Bellerin.

Bernd Leno remains a mainstay in this Arsenal side after edging Emiliano Martinez in the battle for the No 1 shirt.

‘I would never say no’ – Jose Mourinho reunion on the cards after transfer admission
Jack Harrison: Leeds United winger targets step up to full England squad
Best News
Recent Posts
This website uses cookies to improve your user experience and to provide you with advertisements that are relevant to your interests. By continuing to browse the site you are agreeing to our use of cookies.Ok