Chelsea boss Frank Lampard has been regularly praising Callum Hudson-Odoi in training to ensure the youngster continues to play at a high standard, reports say. The England international has struggled for form throughout the campaign. But he’s impressed since the restart and could help the Blues beat Arsenal in the FA Cup final on Sunday.

Hudson-Odoi was a shining light for Chelsea amid a tricky campaign at Stamford Bridge last season, catching the eye under Maurizio Sarri.

But, since signing a contract extension with the Blues, the youngster has struggled for consistency.

He’s made just seven Premier League starts this season, and 15 substitute cameos, but only managed one goal and five assists.

Hudson-Odoi has, however, shown glimpses of his best form since the restart and got an assist in the west London giants’ 5-3 defeat to Liverpool near the end of July.

And the Daily Mail say that, in training, Lampard has regularly ‘cajoled’ Hudson-Odoi to ensure he performs at a high standard. 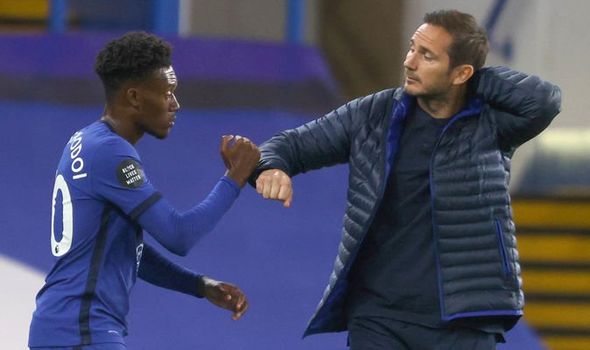 The Blues have been tipped to sell the 19-year-old this summer with Hakim Ziyech’s move to the club already done.

But Chelsea remain hopeful he’ll kick on and prove his worth to Lampard, with Hudson-Odoi poised to be given another chance to prove himself.

The England international had a brush with the police over the lowdown period.

And Lampard, speaking in June, admitted he was hoping the forward had learned from the experience and would knuckle down and improve.

“Firstly I’m very happy that obviously in the eyes of the law it’s been sorted out, that was the main concern at first,” said Lampard. 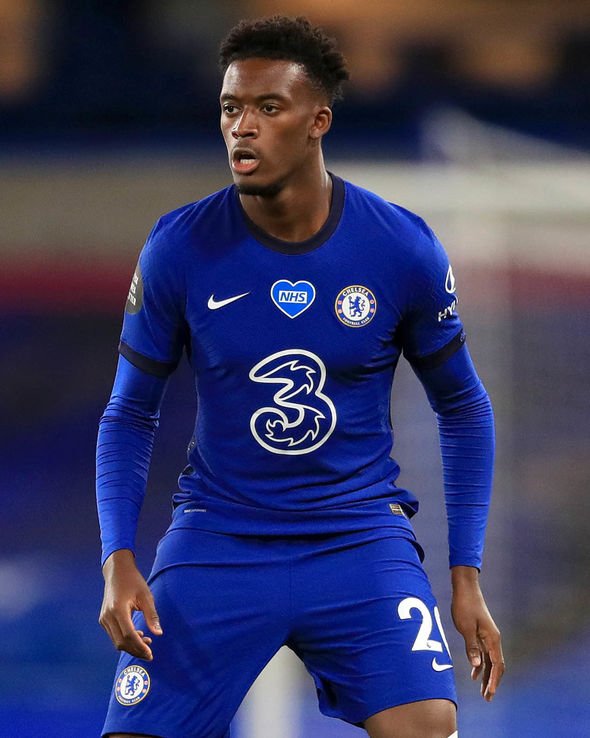 “So that was positive for us, the situation for Callum.

“I’ve hopefully shown in my short time in management that I’m very sympathetic towards the idea that we’re not angels or saints, and that we can make mistakes, particularly at a young age.

“I will never be one to come down too harshly on that, albeit we have had conversations, myself and Callum.

“And the big conversation now is to make sure that he learns his lesson from what happened.

“He broke lockdown, that wasn’t good enough. He’s admitted to that, and we move on.

“But the next thing is to train consistently at a really high level, to work hard in training every day.

“He came back from lockdown and got injured pretty early in this period, so now he’s having to work hard to get fit again.

“And as much as the pitfalls off the pitch, I want to see how he can work on the training pitch and get into this team, and perform to the levels we all believe he can.

“It doesn’t come easy. That’s the big thing I say to Callum a lot and something he really has to take on board now.”

Hudson-Odoi could feature when Chelsea lock horns with Arsenal in the FA Cup final on Saturday night (5.30pm).

Brighton vs Chelsea prediction: How will Premier League fixture play out tonight?

Tottenham to offer first-team star to complete one of THREE transfer targets
Pics of Jadon Sancho mocked up wearing Man Utd shirt emerge amid ongoing transfer battle
Best News
Recent Posts
This website uses cookies to improve your user experience and to provide you with advertisements that are relevant to your interests. By continuing to browse the site you are agreeing to our use of cookies.Ok