‘I still believe in the players’: Eddie Howe gives a rallying cry to his beleaguered Bournemouth squad after a crushing defeat by Newcastle compounds their relegation fears

Eddie Howe is adamant Bournemouth can still avoid Premier League relegation after they capitulated to a humiliating 4-1 home loss to Newcastle.

The Cherries remain languishing in the drop zone following a seventh successive top-flight match without victory. 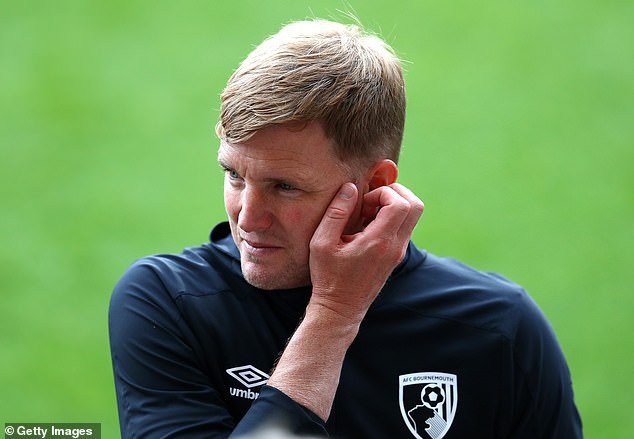 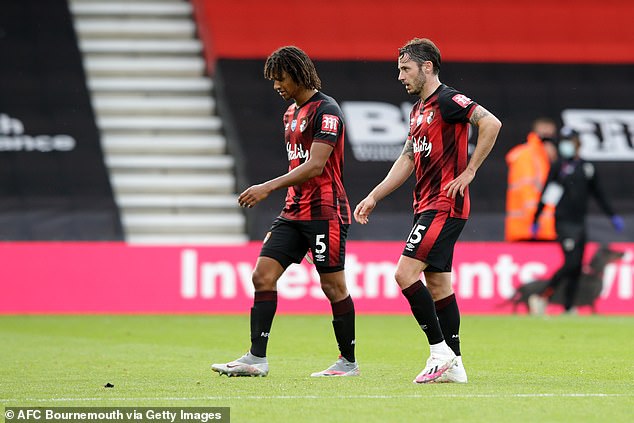 Dan Gosling’s stoppage-time finish was little consolation for Bournemouth boss Howe but he retains hope of beating the drop.

‘It’s tough at the moment to sit here and pick out the positives. We know the situation we’re in is difficult,’ said Howe.

‘We know tonight was not a good night. I think me sitting here and saying otherwise would be foolish.

‘But I do still believe we can get out of the position we are in.

‘I do still believe in the players and the group we have, I have no doubt about that. But we have to take tonight on the chin.’

The Cherries, who had a Joshua King header correctly ruled out for offside and hit the crossbar through David Brooks, finally claimed their first post-lockdown goal when former Newcastle midfielder Gosling bundled home deep into added time.

Howe is convinced his players are fully committed to fighting for survival going into a daunting run of fixtures against Manchester United, Tottenham, Leicester and Manchester City. 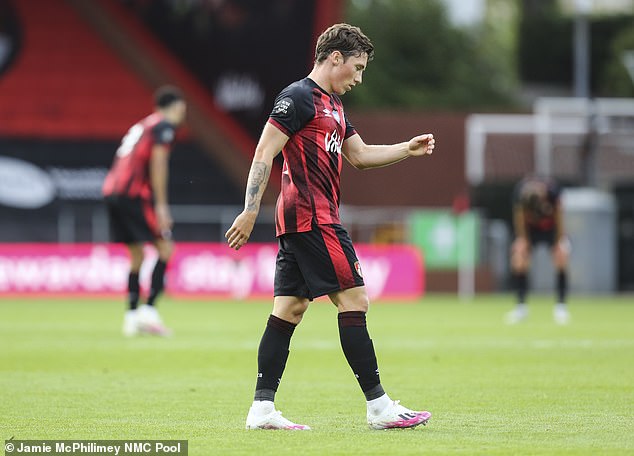 ‘I don’t doubt that (the players’ effort). It’s very easy from the outside to think differently, especially with the manner of the games at the moment, the lack of a crowd,’ said Howe.

‘I can see close at hand what it means to the players. How much they are hurting.

‘Tonight wasn’t pretty but I can assure everybody it wasn’t through a lack of effort.’

Victory for Newcastle moved them on to 42 points to banish any lingering relegation fears. 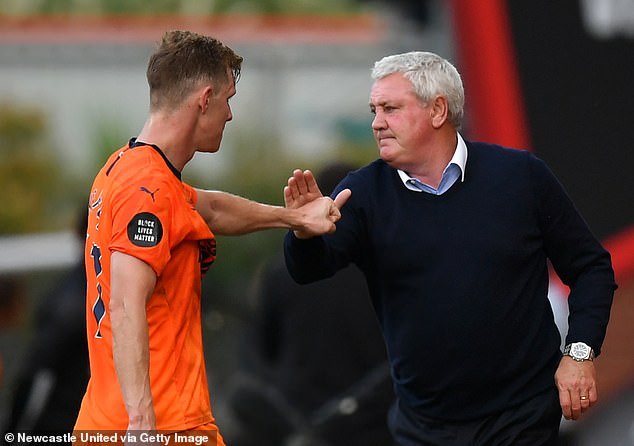 ‘The quality in our play and the finishing, we were right at it from the first five minutes, which I was delighted with,’ said Bruce.

‘It’s worked out a very good night for us. I was very, very pleased to watch it and (it was) arguably our best performance of the season.’

Allan Saint-Maximin was at the heart of Newcastle’s attacking threat, creating the opening three goals.

Bruce had considered leaving the Frenchman on the bench due to the hectic fixture list.

‘If you haven’t seen him before then you’re going to enjoy watching him,’ said Bruce.

‘He’s such a naturally good footballer and yesterday I wasn’t planning on starting him because he’s already played three games and to play four in 11 days I thought is maybe too much.

‘But he bounced into training yesterday and he was full of himself, so I said ‘why not?’. He was terrific.’

Smith slams 'ridiculous' schedule after Villa are beaten by Wolves

How Mikel Arteta can turn it around at Arsenal

'He's done nothing': Ashley Cole slams Chelsea ace for mistake in West Ham loss
Inter Milan 6-0 Brescia: Conte's men close in on Champions League spot
Best News
Recent Posts
This website uses cookies to improve your user experience and to provide you with advertisements that are relevant to your interests. By continuing to browse the site you are agreeing to our use of cookies.Ok