‘It’s our turn. Let’s go for it!’: Sergio Ramos issues rallying cry to his Real Madrid team-mates and shows off his incredible physique as they attempt to wrap up first LaLiga title in three years with win over Villarreal

Real Madrid captain Sergio Ramos has issued a rallying cry to his team-mates as they close in on the LaLiga title.

Ramos, who has scored five goals from centre-back since the Spanish topflight resumed from the coronavirus pandemic, will lead Zinedine Zidane’s side on Thursday evening against Villarreal, in a match that could win them the league title for the first time in three years.

The Spaniard posted an image showing off his ripped physique along with the message: ‘It’s our turn. Let’s go for it!, ahead of their crunch match at the Bernabeu. 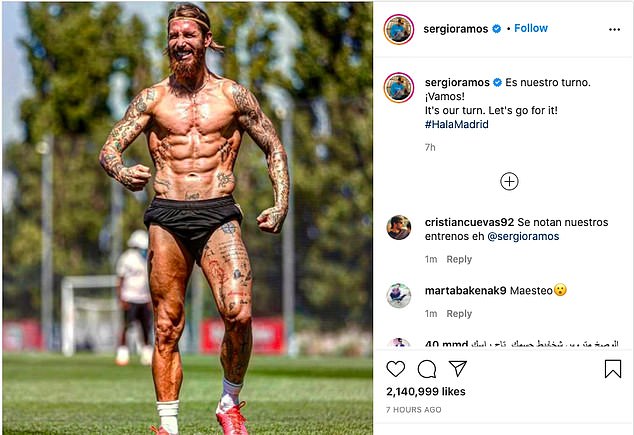 Los Blancos currently sit four points ahead of their arch rivals Barcelona in the league table with two matches remaining.

A victory would seal their first LaLiga trophy in three years, whilst a draw would only be enough if Barca failed to beat Osasuna.

Madrid’s final match, which could still be pivotal to the title race, is against relegation-threatened Leganes three days after the Villarreal clash.

Zidane’s side have been on a hugely impressive run of form since the lockdown in Spain was lifted and football returned, winning all nine matches so far since the restart. 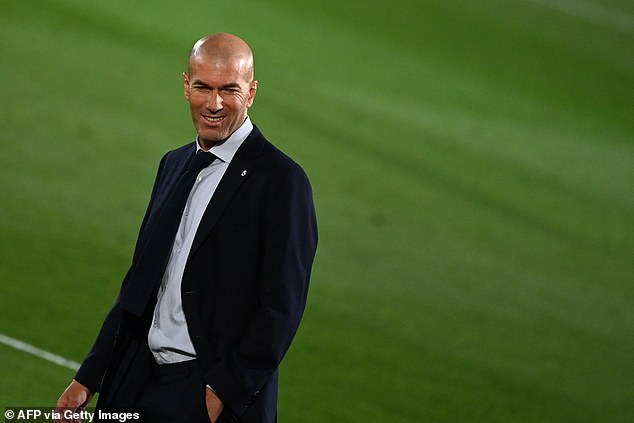 The Frenchman has said that whilst their attacking flair has been key to their successes this season, their defence has been the most important aspect.

‘Even as someone who prefers to play exciting attacking football, the defensive aspect is the most important thing right now,’ Zidane said.

‘And we have a big advantage in that we have a great defence but above all, every player is committed to what we are doing. Defending is not about four or five players, it’s down to everyone.’

Liverpool design their own downfall as Premier League points record slips away in defeat by Arsenal
Southampton vs Brighton prediction: How will Premier League fixture play out tonight?
Best News
Recent Posts
This website uses cookies to improve your user experience and to provide you with advertisements that are relevant to your interests. By continuing to browse the site you are agreeing to our use of cookies.Ok