Sir Bobby Charlton paid tribute to his brother Jack Charlton with a floral wreath with the England legend unable to attend the fellow Three Lions icon’s funeral on Tuesday morning.

Thousands lined the streets to pay their respects in Ashington, Northumberland, clapping and cheering as the funeral cortege passed after Jack passed away on July 10 at the age of 85.

Banners and flags were also raised for the former Republic of Ireland boss, who was a member of England’s iconic 1966 World Cup-winning team.

While others bowed in silent tribute or threw flowers towards the coffin as Jack’s other two younger brothers, Tommy and Gordon, walked alongside the vehicles.

Former defender ‘Wor Jack’ spent his entire club career with Leeds United, making 762 appearances across 21 years for the Whites and being recognised as one of the club’s best ever players. 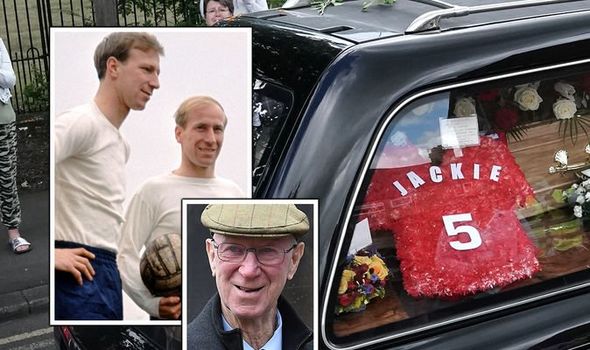 People wore England, Republic of Ireland and Leeds colours as they all commemorated the life to a man his grandchildren called “a proud Englishman, a proud northerner and a proud honorary Irishman”.

The coffin was draped with England, Ireland, Leeds and Newcastle scarves, with Jack having managed the Magpies in a managerial career that spanned 23 years.

But brother Sir Bobby, 82, who spent the bulk of his playing career at Manchester United and later managed Preston, was too ill to attend Jack’s funeral at Newcastle Crematorium and paid tribute with flowers lay by the side of his coffin.

The message read: “Rest in Peace Jack. Sending our deepest sympathy. In our thoughts, from Bobby, Norma and family.” 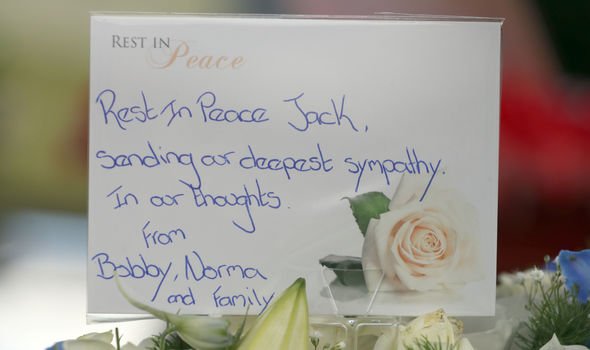 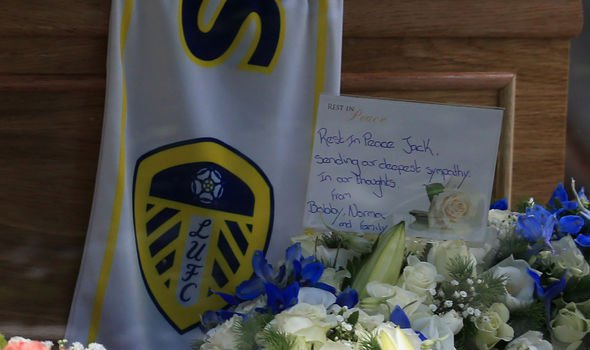 Other floral tributes inside the hearse included a red England shirt with ‘Jackie 5’ on and a football. Jack earned 35 caps for his country and is a member of the English Football Hall of Fame.

At a private service, Jack’s grandchildren Emma, Kate and Tom Wilkinson touched upon Jack’s unforgettable legacy on and off the field.

They said: “The footballer, the friend, the family man we all knew was forged in Ashington – during a happy childhood with the parents and three brothers he always loved dearly.

“As they whiled away hours kicking a ball around Hirst Park, Grandad could never have imagined how remarkable his life would go on to be.

“And on that famous day in July 1966, as the final whistle blew on English football’s most historic moment, he dropped to his knees, head in hands.

“Many have often wondered what he was thinking – was it pure elation? Was it the gravity of the achievement?

“Was it relief that the hopes of a nation had been realised? Well he always told us he was just bloody knackered.”

They added: “We’ve been overwhelmed with kind messages from Ireland – one that really stuck out said Grandad ‘did the near-impossible and transcended politics – some called him the English Irishman, but why reference the divides and mountains he so affably rose above? Simply, he was both a man and the man’. 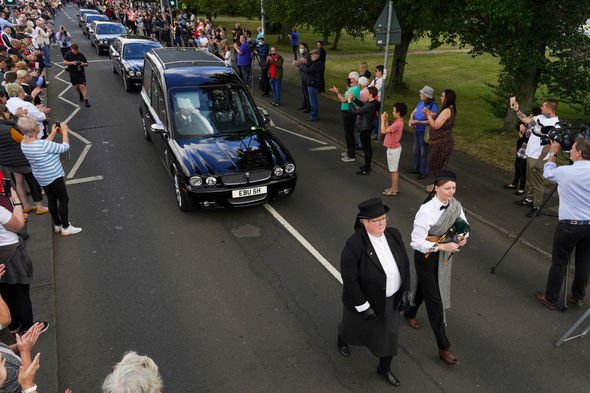 “His achievements in England and Ireland brought him great recognition, but he always had his feet firmly on the ground.

“In fact he found fame endearingly novel and he would have been really chuffed with all the nice things people have been saying about him in the past week or so.

“He was rightly proud of all his footballing achievements and they helped shape the person he was, but they are just parts of a life full of love, generosity, and a lot of laughs.”

The family also said: “It’s clear that the many fleeting moments of kindness he showed to strangers had a lasting impact, and we’re extremely proud to be able to say that the man everyone met is the man we knew.

“A man who struck the balance so perfectly between football icon, fan favourite and loving family man.

“We’d like to thank people who turned out on the streets of Ashington, we were all overwhelmed and he would have been thrilled by the outpouring of kindness.”

Women’s Super League: No positives cases in latest coronavirus testing
Watford vs Man City result: Five things we learned as superb Raheem Sterling increases Hornets’ relegation fears
Best News
Recent Posts
This website uses cookies to improve your user experience and to provide you with advertisements that are relevant to your interests. By continuing to browse the site you are agreeing to our use of cookies.Ok