Emile Heskey believes now is the right time for Jack Grealish to leave Aston Villa and challenge himself at a club like Manchester United next season. Grealish is currently embroiled in a battle to keep his boyhood club in the Premier League as they sit in the relegation zone.

But when the transfer window opens, Grealish will become one of the most sought after players in the market.

United have been linked with Grealish as Ole Gunnar Solskjaer plans to keep rebuilding his squad.

On Sunday, Grealish was in action against Liverpool and before the match pundit, Graeme Souness questioned why the midfielder was one of the most fouled players in the league.

“When I was playing I would not have wanted to be the most fouled player in the league,” he said. 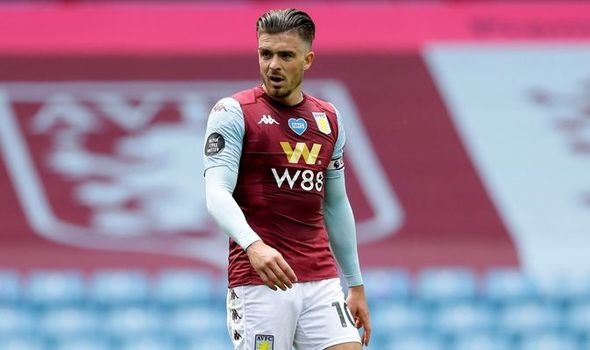 “That means I’m holding onto the ball too long, not seeing the picture early enough, taking extra touches when I don’t need to.

“That means I’m holding on to the ball for too long. It means I’m not seeing the picture early enough, taking an extra touch when I don’t need to.

“It means you’re not seeing the picture quick enough.

“There’s no doubt about it. Yeah, he’s got ability. He’s silky on the eye, but I’m yet to be convinced by him. 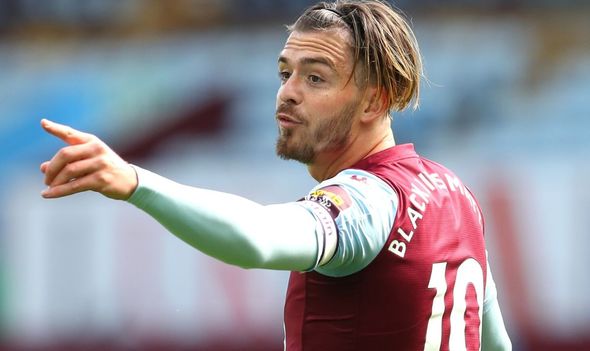 “I just think anyone who gets tackled that much, and draws that many fouls, is not seeing the picture quick enough. Would I have liked to play against him?

“I would’ve loved to play against him. Get physical with him.

“I wouldn’t like to play against Paul Scholes, he’s too quick. Xavi, Iniesta, popping it off one or two touches.”

Heskey was asked for his view and said: “If he was at Manchester United or a Barcelona, I think he’d move the ball quicker because he’d have the movement.”

Then when asked if it was realistic to think Grealish could play for United, Heskey replied: “Yes. Why not? Definitely.

“He’s been linked before and I believe at 24 he is at the right age now to move on to a club like that and challenge himself.”

Bayern Munich boss delivers ‘positive’ update on Thiago transfer to Liverpool
Southampton vs Manchester City – Premier League: Live score updates
Best News
Recent Posts
This website uses cookies to improve your user experience and to provide you with advertisements that are relevant to your interests. By continuing to browse the site you are agreeing to our use of cookies.Ok