Jack Grealish is here to stay. If he carries on playing the way he is playing for Aston Villa and England then he could easily become one of the big stars of the Euros next summer.

Despite what some people may think, he has a good relationship with Gareth Southgate and he has taken on board the advice he has been given by the England manager.

Southgate challenged him to improve his end product and to work harder when his side don’t have the ball. When it comes to end product, Southgate wants Grealish to score at a comparable rate to his first choice from three of Harry Kane, Raheem Sterling and Marcus Rashford.

When England are out of possession, Grealish needs to work harder tracking back and pressing and that is something that he is adding to his game.

Southagte’s preference for playing a 3-4-3 formation means Grealish’s best chance of becoming an automatic starter is on the left of the front three.

He has serious competition on his hands but there are still eight months to go until the Euros and Rashford’s shoulder injury means he could get another chance to impress against Belgium on Sunday. 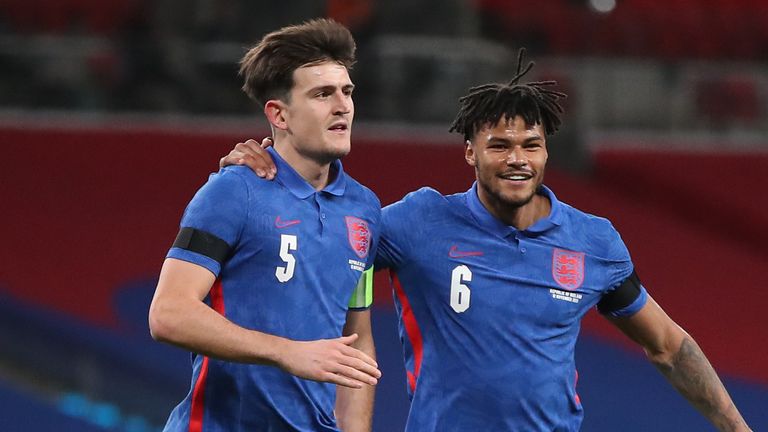 Just a month ago people were queuing up to write off Harry Maguire after his red card in the 1-0 defeat by Denmark. Some of the criticism was over the top. According to the general consensus on social media he was “a broken man” as he walked back to the dressing room. To most of the few people who were at Wembley that night he looked like any other player who had been sent off early in a game.

Maguire blamed himself for that defeat and he apologised to his team-mates in the dressing room after the game. He will be the first to admit that he has not been at his best for Manchester United this season but he has been working hard to improve his performances.

Southgate made him captain against Ireland and he repaid the faith shown in him with a commanding performance. It’s true that Ireland offered very little going forward, but Maguire hardly put a foot wrong playing in the middle of a back three and his first-half goal was just one of the occasions when he got the better of Shane Duffy in the air.

Perspective is important in football and in all walks of life. Maguire wasn’t a zero last month and he isn’t a hero now.

The red card against Denmark means he is suspended for the game in Belgium which means Southgate could start with a back three of Kyle Walker, Eric Dier and Tyrone Mings. 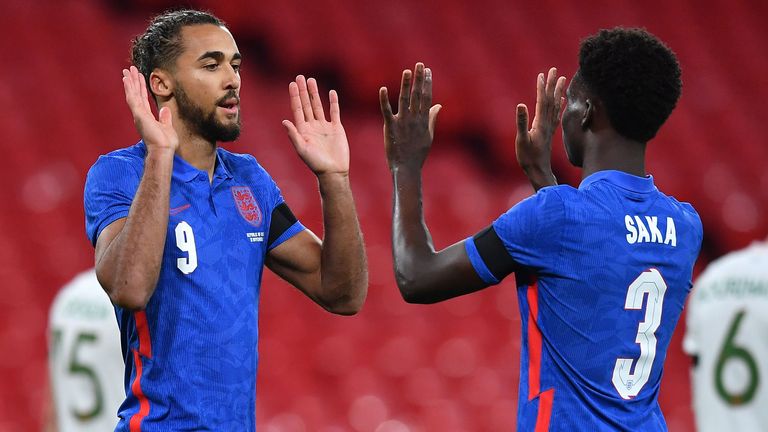 There were lots of other positives from the game for England.

Harry Winks and Mason Mount both played well in the centre of midfield. Winks has been on the winning side every time he has started for England and Mount was typically hardworking and dangerous from set pieces. It would be interesting to see Mount playing alongside his best friend Declan Rice in central midfield for England one day.

Bukayo Saka was another standout performer and his growing confidence and maturity could see him emerge as a real alternative to Ben Chilwell at left back next summer.

Southgate is already spoilt for choice on the right with Reece James getting better and better and putting real pressure on Trent Alexander-Arnold and Kieran Trippier.

Looking further ahead Jude Bellingham is almost guaranteed to become a mainstay of England sides for many years to come. He looked assured and accomplished at just 17 when he came on to play alongside Winks in the second half. He plays in a No 4 role at the moment but can also operate further forward as a No 8 or 10.

Southgate will be hoping that the best is yet to come – for Bellingham and for England.

Manchester United transfer talk has not affected form, insists Jadon Sancho after England goal
Premier League discontinues pay-per-view model
Best News
Recent Posts
This website uses cookies to improve your user experience and to provide you with advertisements that are relevant to your interests. By continuing to browse the site you are agreeing to our use of cookies.Ok