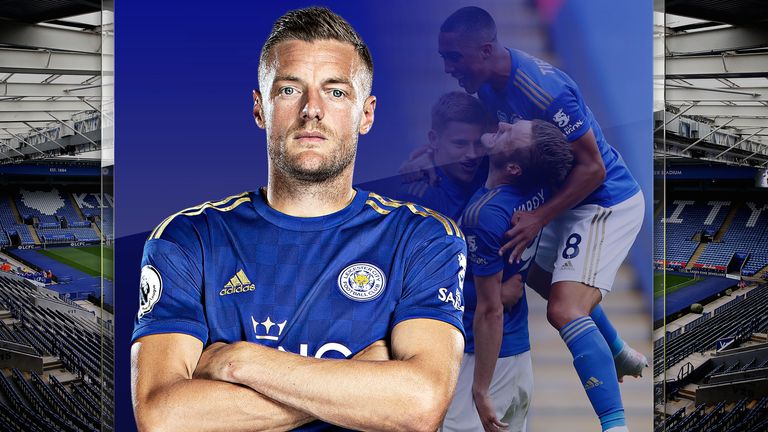 Jamie Vardy’s opening goal against Crystal Palace took him to 100 Premier League goals as he became the 29th player to join that exclusive club since the competition was founded in 1992.

Vardy also added a second during stoppage time of a 3-0 victory at the King Power Stadium. Despite joining an elite club, his focus was on securing Leicester’s first win since the restart.

“I am absolutely over the moon,” Vardy told Sky Sports afterwards. “First and foremost it was about the win today, getting back to basics and putting in a performance.

“I am always frustrated if I miss a chance. You want to score as many as possible. But to score two goals and get the three points, that is all you can ask for.

“I will wait until the end of the season before I can start reflecting on stuff.” 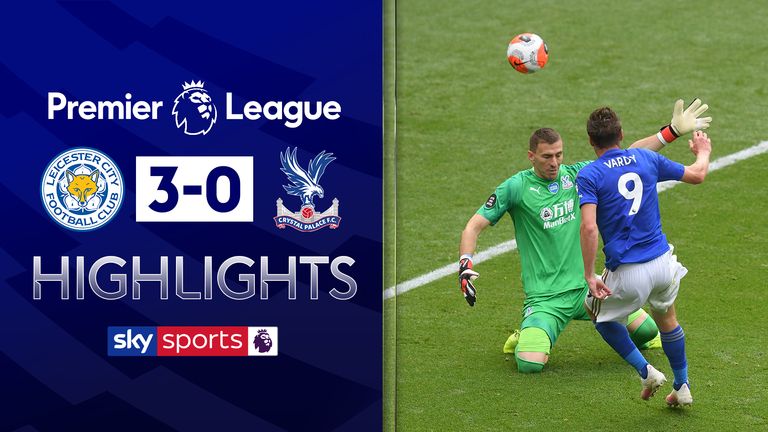 Vardy’s achievement is all the more remarkable given that he did not make his Football League debut until the age of 25 and did not appear in the Premier League until he was 27.

The only player in the 100 club to open his Premier League account at an older age than that is Ian Wright – and he had already three years of top-flight experience before that inaugural season.

He has achieved the feat in his sixth season after only 206 appearances in the competition with Harry Kane and Sergio Aguero the only active players to accomplish it quicker.

Overall, Vardy is the 12th quickest to 100 Premier League goals in terms of appearances – putting him ahead of Romelu Lukaku, Didier Drogba and Wayne Rooney on the list.

Vardy’s minutes-per-goal record is even better than that in relative terms with only seven players in the 100 club scoring at a better rate than the Leicester striker as it stands.

Aguero and Kane are at the top of the list with Wright, Thierry Henry, Robin van Persie, Alan Shearer and Michael Owen also above Vardy but there are some fine names below him.

Of course, Vardy is still at the peak of his powers right now. There is every chance that this goal ratio could fall – as it did for his predecessors towards the end of their careers.

But when it comes to the list of total Premier League goals, there is only one direction in which Vardy is travelling and that is up it. He will hope to overhaul some big names soon.

His second goal against Palace means he has already moved above Matt Le Tissier, while another dozen on top of that will take him past stars such as Drogba, Ryan Giggs and Paul Scholes and into the top 20.

Where will Vardy end up on the list before he calls time on his Premier League career? He shows no signs of slowing down in more ways than one.

His unique story has some chapters remaining.

“It is an amazing achievement. I think it shows his hard work and his dedication. He started in the lower leagues and has stepped up to the Premier League, it is phenomenal.

“The way that he works is a great example to any striker because you would not say he is technically up there with the best strikers in the 100 club but his attitude, work rate and finishing is what sets him apart. I am a massive fan and I am really pleased for him.”

His goal was Leicester’s fourth – the winner – as he calmy converted Ritchie De Laet’s pass. Vardy also went on to win the penalty with which Leonardo Ulloa made it five.

Towards the back end of that first Premier League campaign, Vardy scored a vital last-minute winner at the Hawthorns that inspired Leicester to believe they could stay up.

Rushing away down the left channel, his low strike with his supposedly weaker left foot arrowed into the corner of Boaz Myhill’s net and sparked wild celebrations.

Vardy was a man transformed the following season and he equalled the Premier League record of scoring in 10 consecutive matches when he opened the scoring at St James’ Park.

After being involved in some neat build-up play he showed fine close control to cut inside from near the left touchline before firing low into the near corner of the net.

Vardy scored twice for Leicester in their 2-0 win over Liverpool during their title-winning season but nobody at the King Power Stadium will ever be able to forget his first that night.

As the ball fell from the sky, Vardy struck it from 25 yards out on the bounce for one of his most extraordinary goals. It only added to the belief that Leicester could pull off a miracle.

Vardy seemed to save some of his best performances for West Brom and the Hawthorns was the scene of another spectacular goal when he scored the equaliser in a 4-1 win.

There was plenty to do as Riyad Mahrez’s long pass dropped over his left shoulder but Vardy connected perfectly, volleying home to score the Premier League goal of the month.

Rio Ferdinand says Man Utd star looks like a 'different human' under Solskjaer
CHAMPIONSHIP ROUND-UP: Said Benrahma nets hat-trick as Brentford win
Best News
Recent Posts
This website uses cookies to improve your user experience and to provide you with advertisements that are relevant to your interests. By continuing to browse the site you are agreeing to our use of cookies.Ok