Tindall was Howe’s No 2 throughout his managerial reign in both spells at Bournemouth, and when Howe managed Burnley.

Howe ended his 25-year association with the Cherries following their relegation to the Championship.

Tindall, who made 199 appearances for Bournemouth as a player between 1998 and 2011, was a key part of the club’s coaching staff – helping them rise from League Two to the Premier League in 2015. His son, Levi, plays for the academy.

The 42-year-old was placed in interim charge following Howe’s exit and the vacancy will be his first significant managerial role. 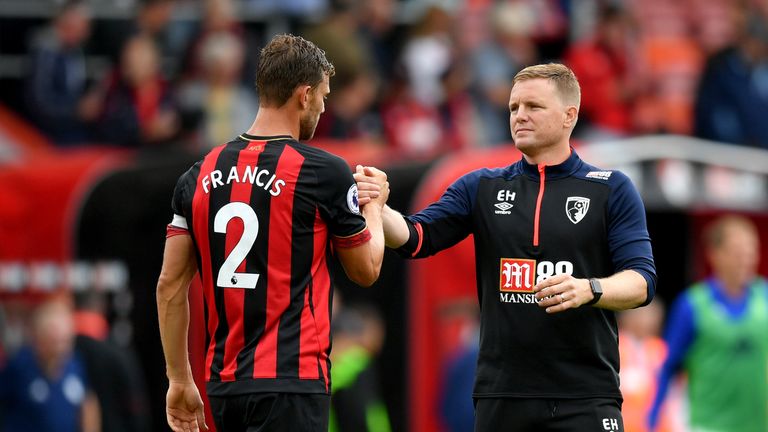 It is unclear at this stage as to the makeup of Tindall’s backroom staff but it is likely that Stephen Purches will become his assistant.

Owner Maxim Demin has had a hands-on role in making this appointment and has forged a strong working relationship with Tindall over the last eight years.

Bournemouth are facing their first second-tier campaign in five years and the rebuild of the playing squad is underway with Nathan Ake having already left for Manchester City.

The club have rejected a bid in excess of £12m from Sheffield United for goalkeeper Aaron Ramsdale, while Crystal Palace and Fulham are interested in signing free agent Ryan Fraser following the end of his contract.

Bartomeu 'would step aside if Messi commits future to Barcelona'

Crystal Palace 'unwilling to meet QPR's demands for star winger Eze'
Mikel Arteta ‘overruled’ by Arsenal board after disagreement with club chiefs
Best News
Recent Posts
This website uses cookies to improve your user experience and to provide you with advertisements that are relevant to your interests. By continuing to browse the site you are agreeing to our use of cookies.Ok