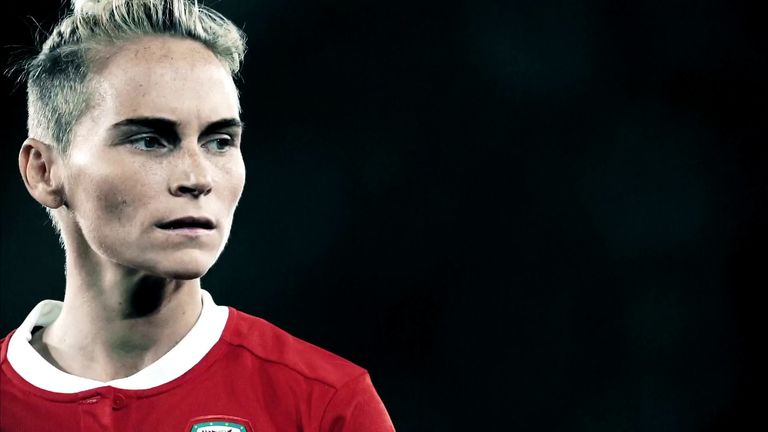 OL Reign midfielder Jess Fishlock believes she has found it harder to get recognition as a footballer because she is Welsh.

Fishlock has won major trophies in Scotland, France, Netherlands, Australia and the US during the course of her playing career.

The Cardiff-born midfielder is Wales’ most decorated international, amassing 113 caps to date after becoming the first Welsh player – male or female – to make 100 senior appearances for her nation.

Asked what has made her so successful, Fishlock told The Women’s Football Show: “I think it’s my desire I guess, and my motivation and my determination.

“And also I really do have a willingness to be better. Not only be better but to be the best.

“I want to show that I can play, or have played alongside, and with, and against – and not only competed with but sometimes been better than – the best.

“And I feel coming from Wales, you have to do an awful lot more to get the recognition other people would get that come from a bigger country. And for my whole career I think that I have really felt that.

“People might say that it is a hindrance but I think it has [actually] made better.” 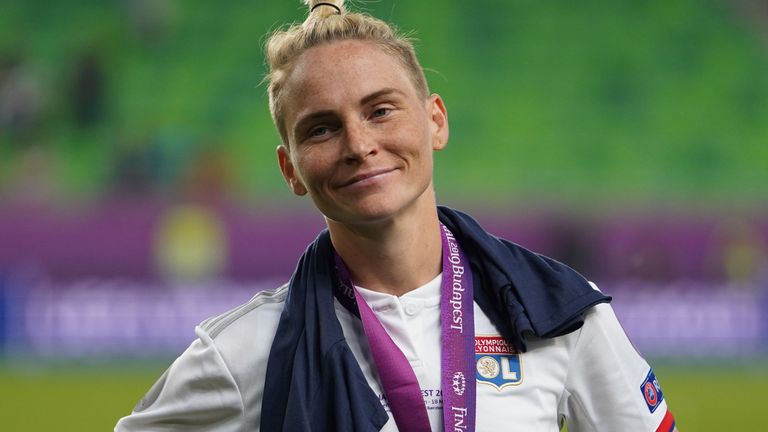 Fishlock: I am ready to get back playing

Fishlock has been unable to kick a ball for the longest period of her career after suffering an anterior cruciate ligament injury on club duty for Reign in a National Women’s Soccer League (NWSL) game against Utah Royals more than a year ago.

The 33-year-old had a loan spell with Champions League winners Lyon earlier in the season and believes differences in training methods and player rehabilitation during her time in France played a part in the serious knee injury she suffered last year.

“Being injured is not nice but it’s given me a little bit of time to get my body right and my mind right.

“That has actually refreshed my determination to keep going and keeping at the highest level, but now I am ready to get playing. The hardest thing for me has probably been being away from home throughout this period. “What I believe was a big factor (in sustaining the injury) is that I spent eight months in Europe with Lyon and the training was different.

“How they train in France is very different to how we train here in America. They are on the field a lot more which is great, but they also don’t focus an awful lot on strength maintenance.

“At the time I didn’t see a problem because I was playing, and felt fit, and felt strong, but when I came back to the US the training changed.

“We travel a lot more here and we are not on the field as much as we were in France. I think for my body, that adaptation to the training just wasn’t there.”

Seattle-based Fishlock also said that listening to “harrowing” stories from her black team-mates has helped her learn and better understand the Black Lives Matter movement.

A large number of (NWSL) took a knee during the American national anthem last weekend as the season kicked off following the coronavirus pandemic.

Fishlock says she was proud to kneel alongside her OL Reign team-mates and believes athletes in the United States can affect change if they strong enough to use their voice.

“Being here and witnessing it, feeling it first hand, has probably been one of the most incredible times from a social aspect that I have probably [ever] been involved in,” she said. “We have black players and players of colour in our team, as a group we actually sat down and they have been really open in telling their stories, the experiences of their lives growing up in American and being black.

“Honestly I cannot even put into words what that did for me as a person. Listening to their stories is quite harrowing really, if you don’t do that you will never know, learn, understand or want to make change.

Lampard says behaviour of Klopp's coaching staff was against the code

Burnley vs Sheffield United – Premier League: Live score and updates
Man Utd attacking like Utd of old – Sunday Supplement panel assess Ole Gunnar Solskjaer’s team
Best News
Recent Posts
This website uses cookies to improve your user experience and to provide you with advertisements that are relevant to your interests. By continuing to browse the site you are agreeing to our use of cookies.Ok